The small island of Børholmen is located on the ocean just to the south of the entrance to the Sognefjord. The islet is located between Kversøy to the west and Grima and Lomansøy to the east. In spite of its proximity to the North Sea, the islet is well sheltered from most winds and the ocean breakers. On the east side we find the old trading post and inn. 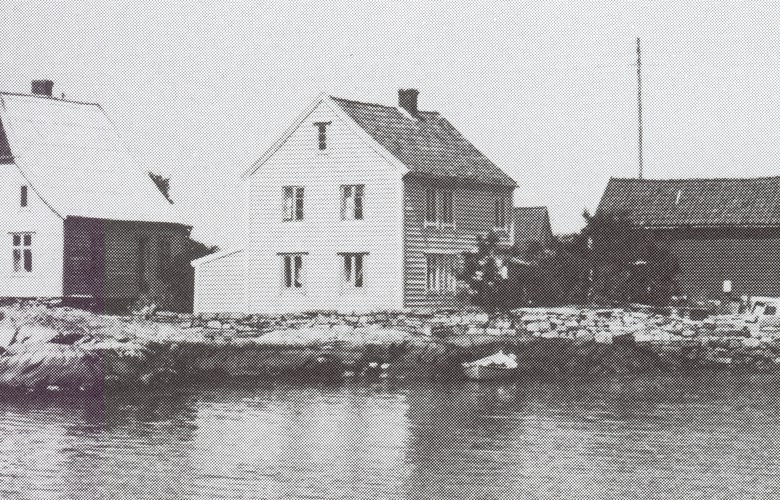 In the 18th century, Børholmen was a busy trading post. Fish was received there. put into barrels and shipped off to Bergen.

The first people who lived there were probably crofters under Byrknes. The first reference is to Laurits Holmen in 1653. About ten years afterwards, there is a kind of trading post and inn there. In the 18th century, the Børholmen trading post was the only one with privileges in the Gulen "skipreide" (in former times a district that could muster a ship and crew and be mobilized in case of war). Admittedly there was for some years a business of tapping beer and fish trade carried out by a sea crofter at Vikingvåg on Byrknesøy, but this business had no privileges and was therefore illegal.

Søfren Christensen Nagel started a trading post and inn on Børholmen about 1660. In 1660, Albert Lampe ran the business there. Lampe died in 1701, and from the court assembly in 1750 there is a reference that the trading post had been deserted for some years, without any trade or maintenance. Tomas Rüüs owned the place in the early 18th century, but it is not clear whether he ran a business there. In 1746, he sold Børholmen to Johan Pettersen Fasmer and Cornelius Jansen Foerman. On 17 February 1747, these two men got a royal privilege to run a trading post and inn there. Foerman later became the only owner and ran the place until he died in 1789.

Dean Dahl at Eivindvik called the inn at Børholmen a "Satan's chapel and house of pestilence". The sale of beer, wine and liquor was the most important source of income for the inn. Still the story goes about the so-called >Børholmfylla.(the Børholm drunkenness).

In 1837, Petter Jacobsen Mosevaag and Ole Andreas Severin Olsen Eikrem got the lease for Børholmen, and in 1840 they bought the place. These two men ran the place together until they fell out with each other. Ole Olsen was given the trade, whereas Petter Jacobsen took care of the farming operation. In 1868, the houses belonging to the tradesman Ole Olsen were insured against fire for 1360 "spesiedalar". He died on 9 November 1882. In 1885, the activities at the inn and probably also the general store closed down. In the 1900 census, the owner is called a farmer and a carpenter. There is no reference to any tradesman or innkeeper.

Knut and Rikke had seven children. In 1879, they sold Børholmen and moved to Bergen.

From the days of the trading post three buildings still remain; a residence, a boathouse and a sea warehouse. The court house was torn down in the 1990s. The house was deemed dangerous as the roof was on the point of collapsing. Just to the west of the old buildings - on a knoll - is the residence built by the owner in the 1950s. The remaining buildings at Børholmen as of March 2001 are two residences, two boathouses and a sheep shed.

When the inn and the trading post came to an end, the people of Børholmen became fishermen and smallholders. Farming was more or less closed down in the 1950s. Up until the present - March 2001 - there have been people who have made a living as fishermen. At present five persons live there. Toralf Sande is a fisherman and lives by himself in the newer house. A family of four live in the other house. Ronny Helland works in the oil industry in the North Sea. His wife, Hennie Lefdal, is a nurse and health visitor. Ronny and Hennie have two daughters; Ane Marthe and Tale.