To commemorate a time when all transport of goods between the Dalsfjorden and Bergen went by sea on vessels powered by the wind, the Bakkejekta sloop is placed at the coastal museum of Kystmuseet in Florø. 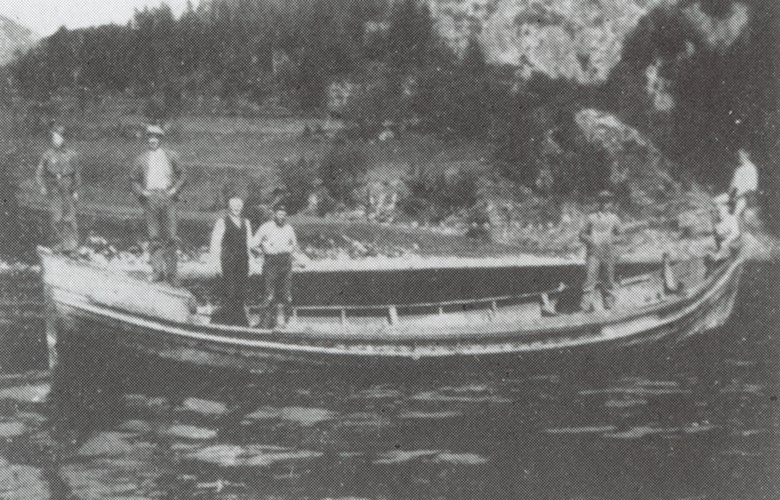 The Bakkejekta sloop is believed to be almost 250 years old. On this sloop it was possible to sail from Holmedal "to town in seven hours ".

A commercial vessel for farmers

Bergen was the centre for the people of the county of Sogn og Fjordane, to those living around the Dalsfjorden as well, and Bergen was the place they went to in order to exchange their farm products with other important goods. In the 18th century the farmers themselves took care of this transport, which went by boat, such as the Bakkejekta sloop.

One of the best preserved in Norway

The Bakkejekta sloop is believed to have been built by Sjur Vindheim at Rivedal. He came from Sunde innermost in the Dalsfjorden, a farm known far and wide for its boat building. Sjur died in 1769, so the sloop could be almost 250 years old, and it is thus one of the oldest, preserved boats in the country. The sloop is ten metres long and three metres wide, and she carried around 40 barrels.

Fast by sail - heavy by oars

The sloop was known as a fast vessel in downwind. In a good breeze from the north, the voyage to Bergen took no more than 8-9 hours. Jens Sørenson Bakke, born in 1866, told the boat historian Bernhard Færøyvik of a voyage he was on as a boy. They started at nine in the morning, loaded eleven cows, and some were unloaded on the way. Still, they arrived in Bergen as early as four o'clock in the afternoon, which meant the average speed had been close to ten knots. When the wind failed, and they had to row, the voyage took considerably more time. 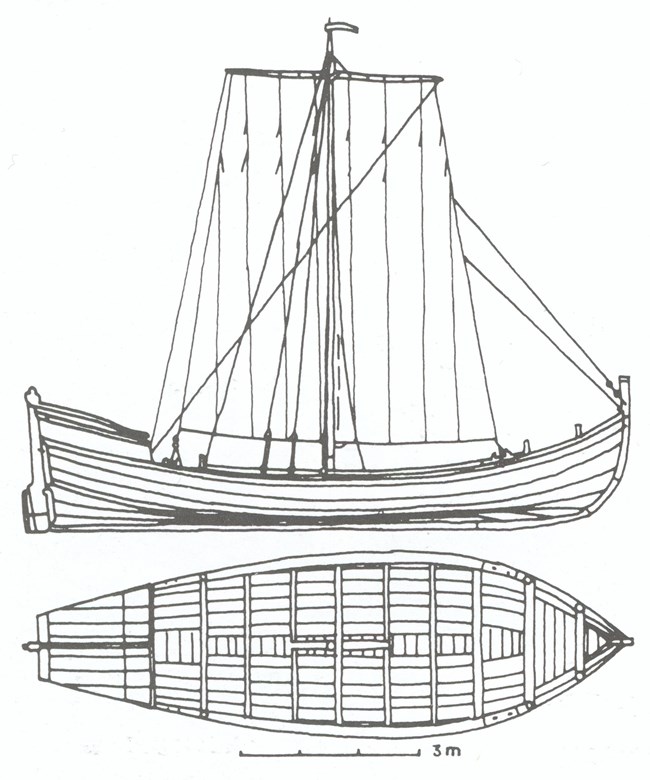 The story of the sloop is otherwise little known. In the early 20th century, she was taken over by the Sunnfjord Museum, and for some time she was stored in a sea warehouse in Førde, until she was taken back to the coast in the 1950s. She was taken care of by the coastal museum of Kystmuseet in Florø and exhibited there. Later it has been suggested to make a copy of her.