The Church Site at Utvær

The chapel at Utvær was most likely built some time in the 12th century. It was consecrated to St Clement - the patron saint of sailors - and it was to serve sailors that the chapel was built. Utvær had a chapel until about 1717/1718, when a new chapel was built on the island of Husøy. 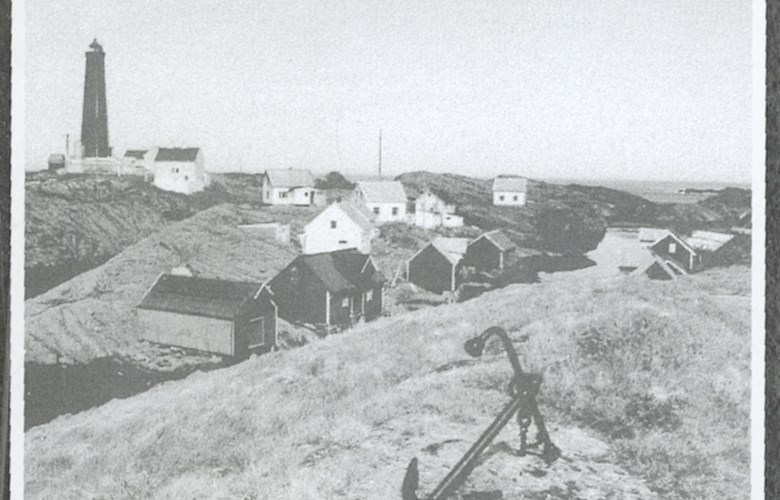 The picture is taken towards the northwest, from the old church site at Utvær. Where the anchor is placed is today called the Churchyard. In the background the towering Utvær lighthouse.

Legends about the origin of the chapel

On the island of Utvær - the westernmost point in Norway - there was an old church, the St Clement chapel. The origin of this chapel may have had something in common with the churches on the islands of Selja and Kinn. We do not know for certain when the chapel was built. According to one legend, one of the ships in the fleet of the Irish royal daughter St Sunniva drifted ashore here. Another ship was stranded at Kinn, and, as we know, Sunniva¿s ship ran aground at Selja. On each of these islands, churches were erected.

The origin of this chapel at such an extreme western location may also be linked to the many seafarers who had Utvær as a regular meeting place. The church was consecrated to St Clement who was the patron saint of sailors. Old stories frequently refer to episodes linked to the so-called Solundar Ocean, and the most famous of these is the story of when the Norse king Harald Hardrada gathered his immense fleet at Utvær before crossing the North Sea in his attempt to conquer England in1066. On the other hand, we hear just as much about tradesmen who met here on their way to Iceland and the many other Western Isles. 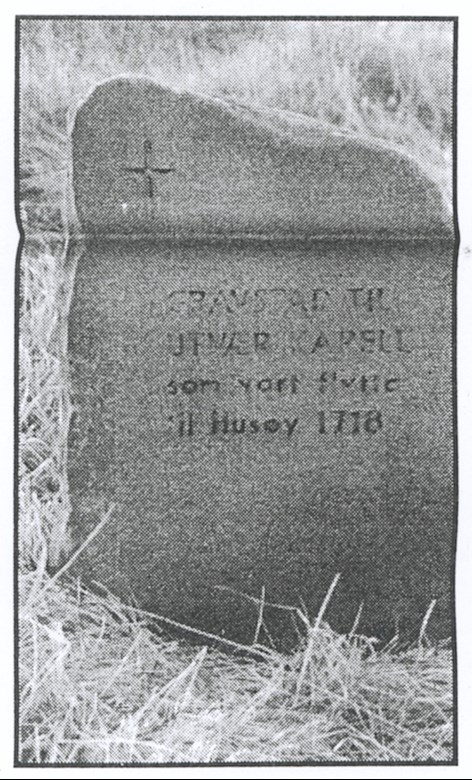 The oldest church was most likely a stave church. In the 14th century the chapel had its own clergyman, according to "Bjørgvin Kalvskinn" (a cadastre, that is, a register of property from the 14th century). There was not much land property to speak of, but throughout the centuries some income was obtained from cattle farms from as far away as Leikanger in Sogn. Regular contributions were also quite common from seafarers who used the chapel as a navigational landmark.

The weather-exposed location, which is still called the Church hill, meant that the chapel had to undergo frequent repairs. Nevertheless, it was a perfect location for a church. It served as a signpost in more meanings than one: the church was clearly visible from the shipping lanes both across the Straumsfjord as well as the coastal lane further west. In 1666, the chapel is said to have been raided by Scottish seafarers. At that time the building was in such a poor condition that the roof once was taken by the wind. On several occasions we can read reports that the nave and the chancel had to be ¿raised". The pulpit must have been rotten to the core as it once fell down to the floor.

The vicar¿s decision to move the church

According to an inspection report from 1686, the chapel at Utvær was then a small wooden church where the nave measured 7 by 6 metres (about 23 by 20 feet), the chancel 4 by 4 metres (13 by 13 feet), and the porch 2.4 by 2.4 metres (7 by 7 feet). The porch had the same height as the church. There were very few services every year, and using the church was also a dangerous proposition. The exterior was in a very bad condition, and it had not been tarred in many years. The roof was overgrown with moss, and the churchwarden Oluf Husøen proved to be so incompetent that he lost his job. The repair work on the south side of the chancel roof was done in such a shoddy way that it would actually have been better not to repair it.

The chapel was moved from Utvær in 1717 or 1718. According to the parish register, the first service at Husøy took place on Ascension Day in 1718, and the last recorded service at Utvær was on 1 August, 1717. We can, therefore, safely say that the church must have been moved some time in the autumn of 1717. Legend has it that the vicar of Eivindvik, Nicolai Stabell, and the whole congregation lay weather-bound on the island for a whole week in June. Fairly quickly they ran out of bread, and there was not much fish in the sea in the summer. The vicar then solemnly declared that this was the last time he went to Utvær to deliver a sermon. The other people in his company were said to give the vicar their full support in moving the church to Husøy. Another version of the legend has it that the vicar acted on his own without any official approval, and his decision led to strong reactions when the seafarers suddenly discovered that the church and the navigational landmark was gone. The story ends with the vicar¿s removal from office, and shortly afterwords he died of grief.

Memorial stone at the church site

Today there is a memorial stone at this site to remind people that this used to be the graveyard for the Utvær chapel. 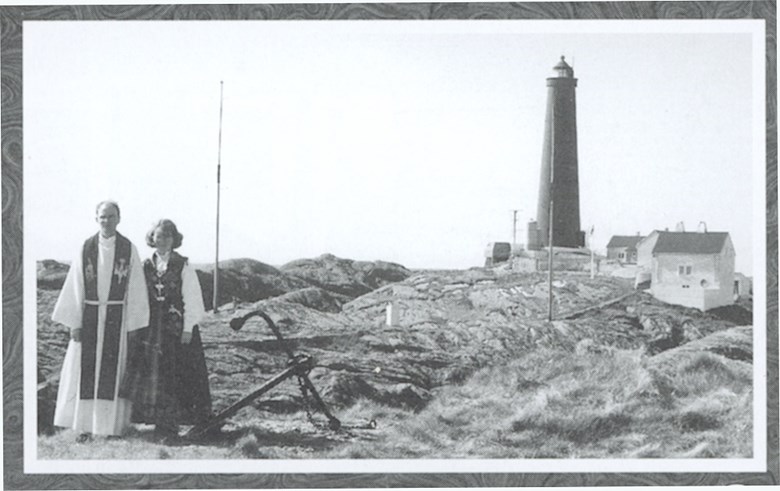 In 1996, the 1000th anniversary of Christianity in Norway was celebrated. Bjørn Magne Hansen was ordained a new vicar for the parish of Solund in the same year. The picture shows him and his wife, Liv Helene, at the old church site of Utvær.
Owner: I <i>Bilete frå Solund.</i> - Date: 1996. - Photographer: Ukjend.
I <i>Bilete frå Solund.</i>
1996.
Ukjend.
resources:
Aaraas, Margrethe Henden m.fl.: På kyrkjeferd i Sogn og Fjordane - 2. Sogn. Selja Forlag. Førde 2000.