The closed-down school building at Holevik at Staveneset has been changed into a museum where the main theme is World War II. 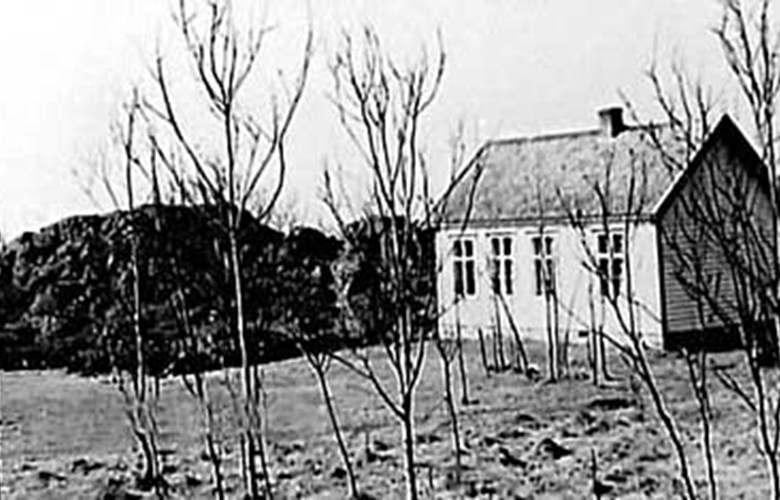 The old school building at Holevika is now used as a museum with World War II as its main theme.

An area rich in mementos and objects from the war

Olav Saltskår lives at Staveneset. He is the son of Chester and Petrine Saltskår who during WW II hid spies there, and who in 1942 fled across to Scotland in a hydroplane. Saltskår has collected much historical material, especially from WW II. Along the road from Staveneset to Holevika information boards have been put up to commemorate English and Norwegian pilots who lost their lives in 1943.

At the end of the road at Holevika we find the old school building which was shut down in 1956 when the school district was united with the Stubseid school district. In 2000, the old school desks are still there, as reminders of times when the local population figure was much higher. Mr Saltskår is a guide in a collection not only containing war objects, but which also gives people an insight into a coastal culture that is on the verge of disappearing. The school building is owned by the Coastal Museum at Florø.
Here we find displays of old heaters, parts of crashed airplanes including a wing, the generator for the radio transmitter used by the agents at Staveneset, in addition to old radios and a swastika flag. The walls are decorated with sea charts and other charts with newspaper clippings and other material illustrating the events that took place here during the war.