The farm of Ytre Moa – farming and the use of resources

The means of subsistence at Ytre Moa were based on the same natural resources that people have used until fairly recent times; the soil, the forest and the mountain areas. The house sites, the stonewalls and burial finds, coupled with the finds of objects and artefacts all bear witness to a varied use of the natural resources. The farm was deserted in the 10th century, probably because of lack of water. The area has never been cultivated since then, and the old farming complex from the Viking Age is consequently practically untouched. This has given us much new and surprising knowledge of the Viking Age in Norway. 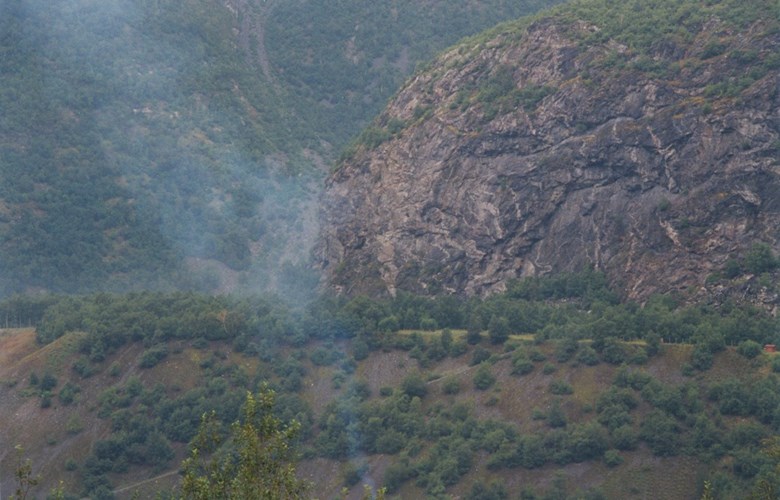 Ytre Moa is a gravel and sand terrace located about 100 metres above sea level at the foot of the very steep southern mountainside of Moakamben at Øvre Årdal. The blue smoke is emissions from the aluminium plant below the terrace.

The importance of domestic animals

The conditions for cultivation have been relatively poor at Ytre Moa. The best soil on the Moa terrace is found where the houses themselves were located, that is, on the eastern part of the terrace. Nevertheless, the farmer of Ytre Moa actually cultivated the soil. Ard (ridging plough) and hoe have been found there. In addition, fragment of a hand millstone has been found, and this shows that grain was ground. 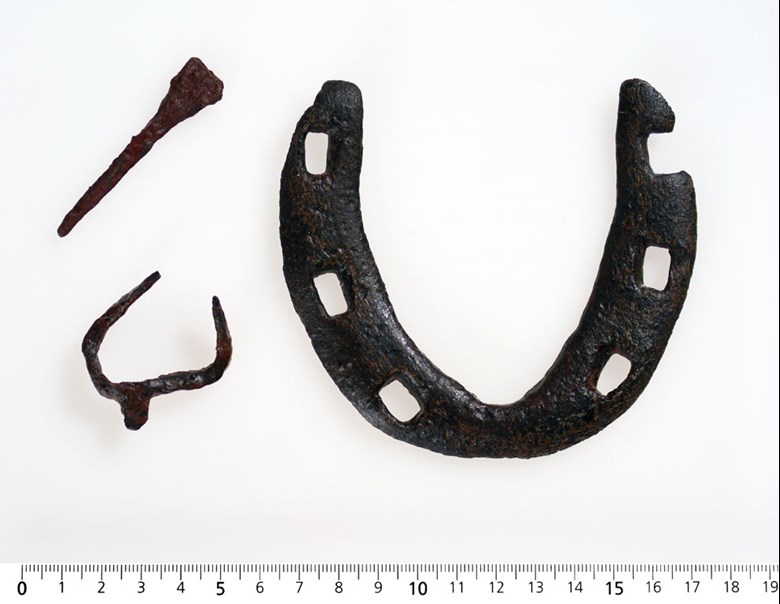 Still it was animal husbandry that traditionally has been the dominating main branch of agriculture in Årdal, and the finds material from Ytre Moa shows that this was also the case in the Viking Age. The farm implements found at Ytre Moa were mostly used for gathering fodder – implements such as sickle and scythe – whereas implements linked to cultivation were less frequent.

Sheep and goats have traditionally been the most important and numerous of the domestic animals in Årdal. In the late 19th century and the early 20th century goat cheese and brown whey cheese were in fact the most important export articles from Årdal (Helland 1901). A large number of textile tools have been found at Ytre Moa, which shows that animal husbandry has led to a surplus production of wool. Finds of whorls and loom weights reveal that wool has been spun and frieze has been woven. These textile tools constitute an important element in the finds of objects and artefacts, and they are also a reflection of the importance of this handicraft, both on the farm and elsewhere in the region in this period (Dommasnes 1987).

The horse used as a draught animal and for riding

In addition to wool, the domestic animals gave the Viking farmer and his household most of what they needed in their everyday life such as meat, milk, wool, hides, horn and bones. At Ytre Moa people have had pigs, sheep, goats, cows and horses. Finds of bridles, horseshoes and hoof spikes show that the horse has been used as a draught animal, and probably also as a pack animal and for riding.

Hunting in the mountains

In all the three dwelling houses several types of iron arrowheads have been found. One type with cleft blade has probably been used to hunt small game, but most arrows are of a common leaf-shaped type that has been used for bigger game. Hunting for birds, reindeer and other furred animals has traditionally been important supplementary activities in Årdal. A number of studies have shown that hunting has been important in this area in the younger Iron Age (cf. Hofseth 1980, Bjørgo et alia 1992). The use of resources in the high mountains increased from the early to the younger Iron Age, which can be seen by the many sites from the younger Iron Age in this area. In addition to sites, we also find remnants of hunting installations such as pitfalls from this period, for example along the waterways of the Nyset-Steggje area (Bjørgo et alia 1992, Bjørgo 2005). 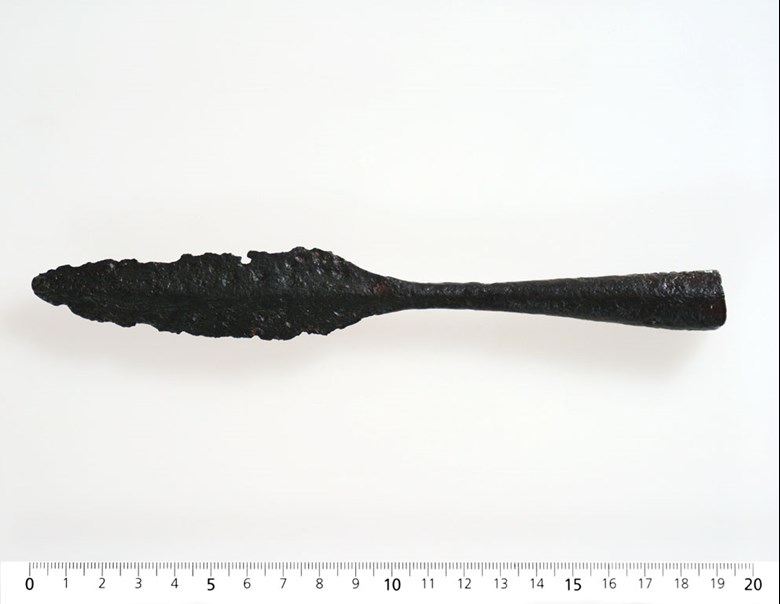 Most farms in Årdal used to have a number of mountain farms, and this was also the case with the Moa farm. The many sites of houses that archaeologists have uncovered in the high mountains of Årdal in the past few years give reason to believe that the farmer at Ytre Moa has been using the mountain pastures in the summer months. Several of the houses that have been studied in the high mountains - believed to have been mountain farms – are of the same size, have the same building construction as well as interior (fireplace and cooking pit) as the houses at Ytre Moa. Bones found in these houses show that they were used both for summer farming and hunting (Bjørgo 2005). Finds include bones of reindeer, ptarmigan and bear, in addition to fish bones and bones of sheep / goat, cow, and even pig.

Reconstruction of one of the houses at Ytre Moa.