On each of the three churchyards in Solund, there is a memorial stone with the names of the 16 from Solund who were victims of the Second World War. Four of them belonged to Solund parish. The monuments are exactly identical and were erected simultaneously. 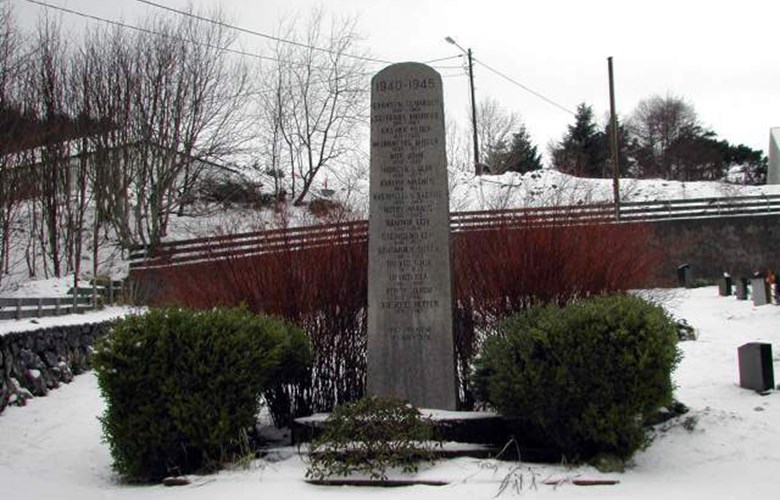 The memorial stone on Solund churchyard at Hardbakke was erected by the people of the community, in memory of those from Solund who fell during the Second World War.

At the top of the memorials, the years 1940-1945 are engraved, then the names in alphabetical order, with the year of birth and death (the four from Solund parish are here in bold type), and at the lower end: REIST I TAKKSEMD * AV BYGDEFOLKET (erected in gratitude by the people of the community) 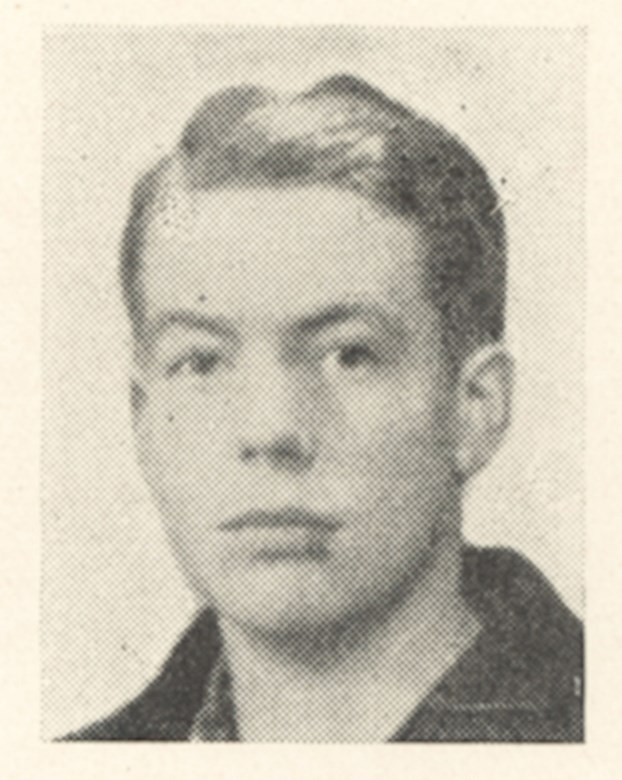 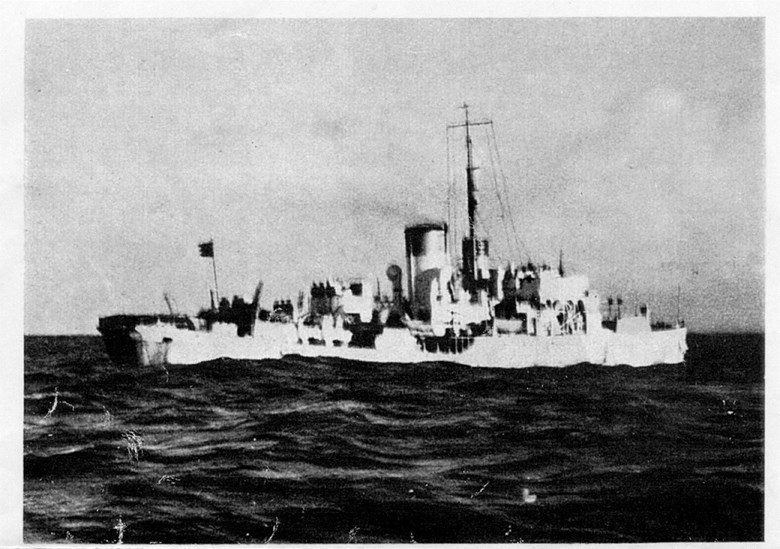 The vicar of Solund during the war, Hjalmar Storeide from Hjørundfjord, took the initiative to have a visible memorial erected over the fallen. In collaboration with the bailiff Johannes Mathiesen and a few others from Solund, Storeide had in deep secrecy taken part in the resistance work during the war years. As early as in the autumn of 1945, Storeide wrote a letter of invitation, describing the purpose and asking people to give generously for a memorial. In the letter was written that Their names shall be engraved in Norwegian stone, and stand there as a testimony of what they sacrificed, and what hundreds of others in our community were willing to sacrifice.

GÅSVÆR, PEDER JOHAN, fisherman, Solund. Born 3 September 1921 in Solund, son of Hans Gåsvær, born 1879, and Marie, née Tangenes, born 1887. One-year secondary school and courses by correspondence. Military service as sailor on the corvette Montbretia, and perished when the boat was sunk on 18 November 1942, after a three-day battle with German U-boats.

HOP, JON OLAI, fisherman and farmer, Solund. Born 15 April 1922 in Solund, son of Jacob Johan Hop, born 1898 in Solund, died 1935, and Astrid Sofie, née Brosvik, born 1895 in Gulen. On 20 April 1940, he was onboard a motor fishing vessel on his way to Vaksdal to pick up a cargo of flour for the "Solund forsyningsnemnd" (office of basic supplies), but was seized in the Osterfjord by Germans who wanted to take over the boat. An exchange of fire with Norwegian guards on shore followed, and Jon Hop was killed by a bullet. Buried in Solund.

STEINSUND, LEIF JOHAN, greaser, Solund. Born 13 December 1919 in Solund, son of Ludvig Johannesson Steinsund, born 1892, and Anne Bergitte Larsdotter née Hop, born 1888, both in Solund. Was before the war a fisherman and farm worker, after the outbreak of war, a mechanic. Went to England in open boat in October 1941. For some time onboard the MS Marie Bakke and later onboard the SS Norse King, as a greaser. Went down with the ship, which was torpedoed on 28 December 1942.

YTRØY, JAKOB, sailor, Solund. Born 10 December 1912 in Solund, son of Henrik Trulsen Ytrøy, born 1881, and wife Mathilde Torgeirsdatter, born 1883, both Solund. Course in woodwork, course for captains of training ship. Was onboard the MS Vibran, and perished when the ship disappeared on her way to Halifax. She left on 18 September 1942, and according to a German report, the ship was torpedoed by a U-boat on 24 September.