A small greenstone (greenschist) axe from the Stone Age may be an indication that there has been a settlement since prehistoric times in the village of Dyrdal on the Nærøyfjord. Other finds, such as a burial mound at the farm Drægo and a field of three burial mounds at the Dyrdal farm dating from the Younger Iron Age all point in the same direction. The hamlet is known for its cluster farmyard down by the fjord and for the hospitality offered to hikers on the high farm of Drægo. In the hamlet that once had more than 100 inhabitants, there are at present no farms in operation. 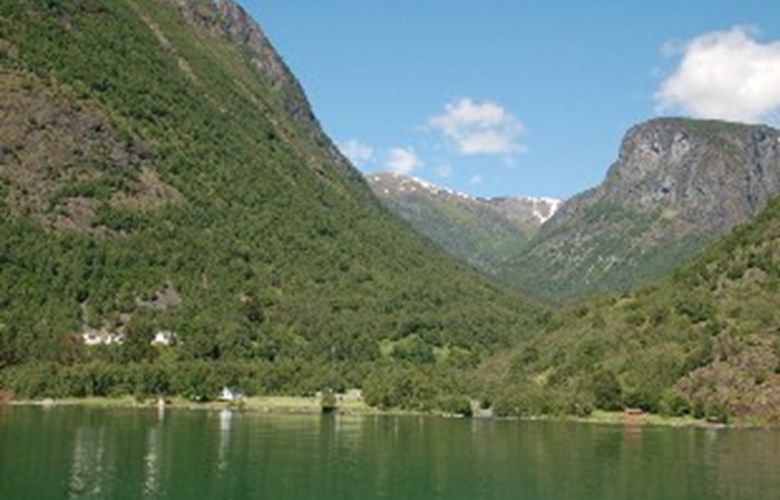 Dyrdal seen from the Nærøyfjord. Far up in the valley you may catch a glimpse of the Drægo farm as a green spot.

Dyrdal is a so-called hanging valley running in a northwest direction from the western side of the Nærøyfjord. Down by the fjord we find the farms of Arnehus and Dyrdal, the latter located on a former river delta, where the houses were safe from snow avalanches. In the central part of the valley is the holding called Drægali (part of the Drægo farm), whereas Drægo is located in the upper part of the valley. The highest point of the valley is the mountain of Handadalseggi, 1453 metres above sea level.

Above Drægo, in the mountain area of Langafjellet and Handadalseggi, between Styvisdalen and Langafjellet, there are extensive hunting installations consisting of leading fences, pitfalls, positions for bow and arrow, "scare rocks", precipices and gullies. The hunting installations are built with the view of catching reindeer. They functioned in such a way that the animals were scared by means of rocks and leading fences towards the pitfalls and precipices. When the reindeer fell off cliffs or down into pitfalls, it was a simple operation for the hunters to collect the catch. From the pitfalls and cliffs om the valleys of Handadalen and Tundalen the animals were carried down to Dyrdal by way of Drægo and Drægali. All these place names are linked to animals and transport. The hunting installations bear witness to organized hunting methods dating far back in time, perhaps even back to the Iron Age (500 BC to 1000 AD).

Dyrdal in the Middle Ages

A document from the 1370s, dealing with the sale of land, indicates that Dyrdal, unlike many other hamlets, was not deserted as a consequence of the Black Death. Material proofs have also been found, showing that people lived in the hamlet in the Middle Ages. These are four former house sites at the mountain farm of Vassete that the local historian Åsmund Ohnstad considers to be of a medieval type in size and form. In the hamlet, legend has it that there was a church supposedly located at Kolgrov above Arnehus in the Middle Ages. Investigations carried out elsewhere in western Norway have shown that such legends may be based on facts, which does not make this legend any less interesting.

Life in the village

As was the case in other places in the area, there was a wide spectre in the economic basis in the village. Besides animal husbandry and agriculture, the outlying fields and pastures constituted a substantial addition to the farm economy and hunting activities. At the mountain farm of Lægdene there was a fine pine forest that was cut down in the mid-19th century. The name Sagelvi below the mountain farm testify to former sawmill activities. Pollarding, that is cutting off branches of trees such as alder, birch and linden meant a welcome supplement to the winter fodder for the animals. The branches and twigs had to be thin to be used for fodder. The trees were pollarded in such a way that the branches were cut at a suitable working height. The foliage was then dried and transported to the farm either by boat or by sleigh in the winter months. 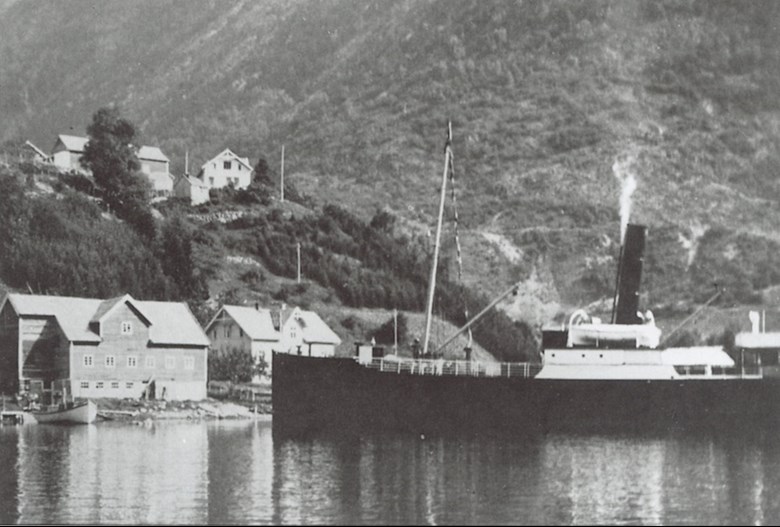 From 1737 and well into the 19th century the Dyrdal farm was the court site for Nærøy. The courthouses were located down by the sea on the Arnehus farm which also had status as a so-called privileged inn. It is natural to imagine that Arnehus and Dyrdal were given the status as a court site and inn because of its traditional place as a loading area for venison and other hunting products. However, as the road between Gudvangen and Bergen was steadily improved, the traffic pattern changed with the result that Arnehus no longer could hold its central position. The outcome was that Gudvangen took over the inn function, and in this connection some of the houses from Arnehus were moved to Gudvangen in 1875 and rebuilt as an inn there. 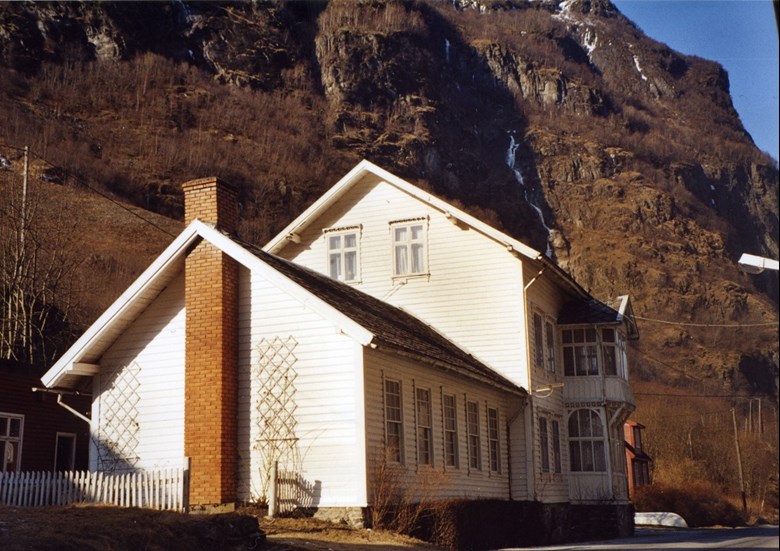 The wise man and the hospital

An interesting aspect of Dyrdal was that it had a hospital of its own in the 19th century. This was due to the wise man Jens Larsen Drægelid who originally was a farmer on the holding Drægali. After reading about herbal medicine, he taught himself medical arts and became a renowned rural doctor. At the place called "alle slag skòri" and at Solaløysa on the eastern side of the fjord, Jens found all the herbs and plants he needed in his medical practice. When his wife, Synneva Olsdotter Dyrdal, died in a fall, his son took over the farm, whereas the father built a house for himself and a cottage further down towards the Dyrdal farmyard where patients could be admitted. Jens Drægelid could have as many as eight patients at the hospital at the same time.

In 1926, a proper quay was built and three years later a post office was established. At present the post office has been shut down and there are no longer any permanent residents. Today Dyrdal is used by tourists and hikers who can experience the characteristic cluster farmyard on the terrace above the sea. In addition, hikers can find accommodation and meals and take part in cultural-historical walks at the Drægo farm which is operated in the summer months.

Dyrdal is the first hamlet on the way into the Nærøyfjord. After a substantial local effort, the hamlet could take its own quay into use on 1 May 1926. The picture shows the old fjord steamer "Kommandøren" on her way to make a stop at Dyrdal.
Owner: Fylkesakivet i Sogn og Fjordane - Date: 1920-1940 - Photographer: Ukjend
Fylkesakivet i Sogn og Fjordane
1920-1940
Ukjend