At the turn of the millennium 1900-2000<i>millennium stones</i>were erected in many places. At Holsen a stone was put up on the millennium spot in the district, in a public area below the church near the lake. 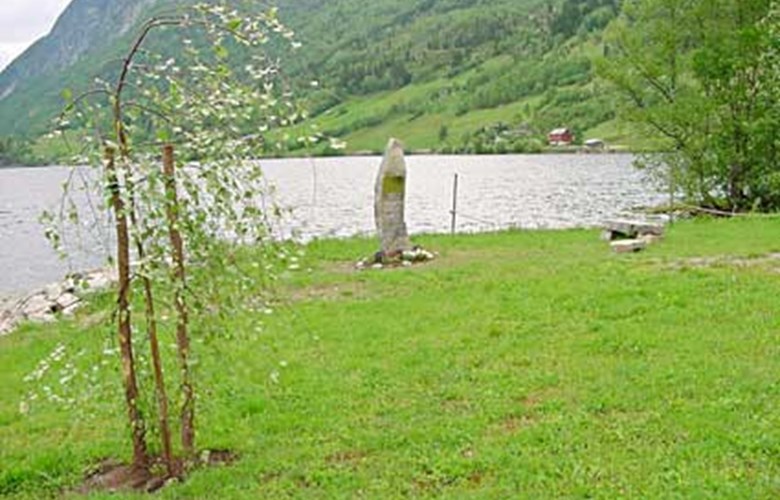 The millennium stone at Holsen with the three units: millennium stone, stone seats, and millennium tree. Holsen farmers' wives union was responsible for the tree, which was planted on the Norwegian Day of Liberation, 8 May, 2001. 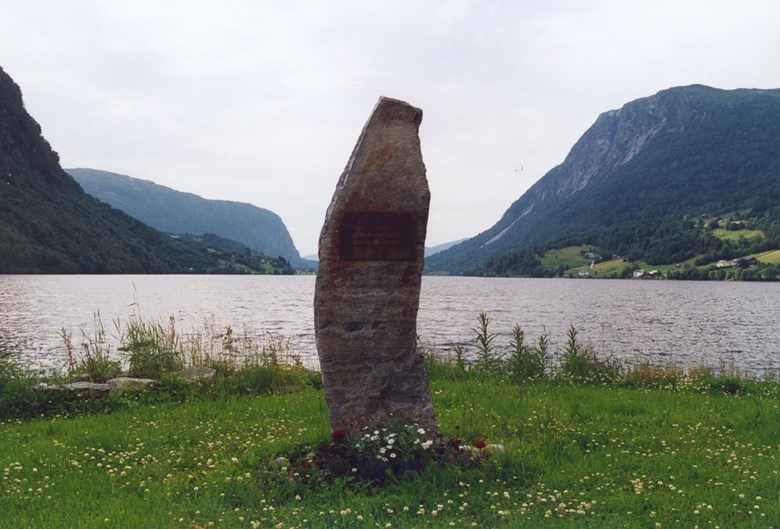 So the turn of the millennium will bring PEACE)

In the autumn of 1999, Holsen Grendalag (local civic organization), in agreement with representatives of other local organizations, selected the area at the mouth of the river near the church as the millennium spot. Here they planned to erect amillennium stone,make two simple stone seats, and plant amillennium tree.A project draft was sent to Førde Municipality asking for permission to use the public area near the church for this purpose. The municipal administration had no objections and wished the people of Holsen good luck with their project.

The opening ceremony of the spot took place on 17 May, 2000, and the whole community took part. Therese Stubhaug Holsen, 7th year pupil at the local school, had been given the honour of unveiling the millennium stone. On the agenda was also a short speech, recitation of poems, and cutting of the ceremonial string.

Praise from the municipality

Good luck on a splendid effort."

The whole project in verse

For the opening of the millennium spot information about the project was presented in verse, here in an attempted English prose translation:

They found a stone, a millennium stone Tall and narrow, but not bad.
They toiled and pulled at crowbar and rope Up and forward, to wrench it loose.

They moved it with much toil Two seats also - the best they could see.
Berit wrote a poem - a millennium poem Not many can do such a thing.

On the stone behind a curtain the poem is hidden Soon it will appear - it will not be forgotten.
They planted a tree - the farmers' wives On Independence Day they put it down.

They planted flowers and decorated Then served coffee in mug and cup.
Many participated at the place they loved It was to be ready by 17 May.

Now the millennium spot is as good as finished A beautiful place worthy of the neighbourhood.
Here young and old can walk around Comment and speculate
We hope few will criticize.

On historic ground we shall cut the ceremonial string So all can applaud together,
On a day which is always great.

The millennium stone at Holsen. The material for the memorial stone and the stone seats was found at Svorakråa in the east of the district. The spot is beautifully situated at the river mouth at the upper end of the Holsen lake.
Owner: Fylkesarkivet i Sogn og Fjordane. - Date: 2001. - Photographer: Hermund Kleppa.
Fylkesarkivet i Sogn og Fjordane.
2001.
Hermund Kleppa.