The Sivle memorial at Flåm

A number of memorial stones for the author Per Sivle have been erected,<br /> - on his grave in Drammen, at Stalheim, at Voss and at Elverum. In Aurland there are two memorial stones, one at Aurlandsvangen, the other at Flåm. The Flåm memorial was unveiled on 17 May 1948. 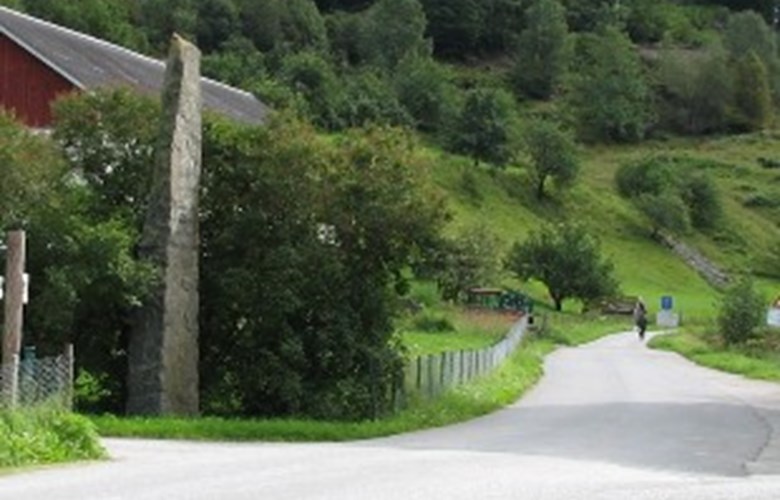 Per Sivle (1857-1904) was son of horse trader and farmer Eirik Hansson Sivle, Oppheim "sokn" in Voss parish, and Susanna Andersdotter Ryum, Flåm "sokn" in Aurland parish. His mother died when he was three years old, and he grew up with some relatives on the farm Brekke, the neighbouring farm of Sivle, not far from Stalheim. 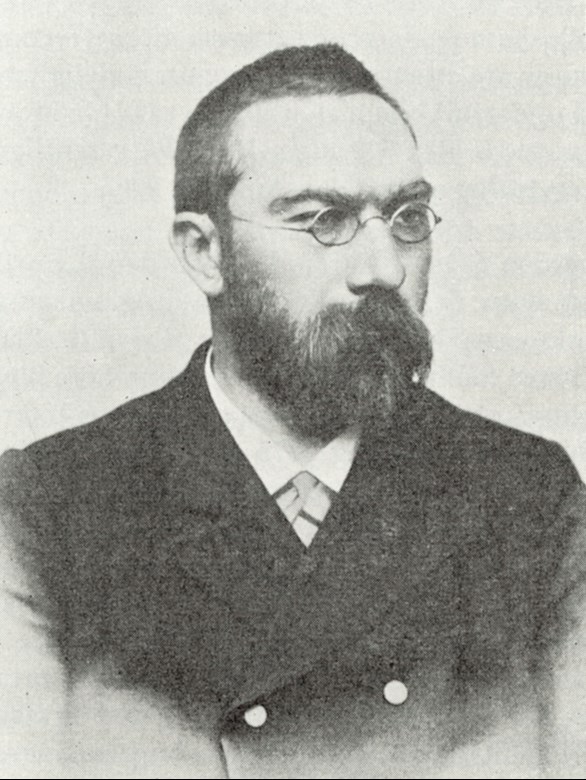 During the winters of 1872-1874 he attended the folk high school founded by Jakob Sverdrup at Sogndal. In 1876 he left for Oslo to take his matriculation exam, but after some time he fell seriously ill and had to give up his plans to study. Instead Per Sivle became a self-taught writer and journalist.
He was always on the move, staying at several places in eastern Norway, but also staying for shorter periods in the south of Norway and in Rogaland. In addition, he also travelled abroad, to Denmark, Germany and England.
On 1 August 1887 Sivle married Wenche von der Lippe Nilsen in Bergen. They had one daughter, Susanna (Sussi). He committed suicide on 6 September 1904 and was buried at the Strømsgodset churchyard in Drammen.

Olav Midtun concluded an article on Per Sivle with the following words:
"Sivle is a lonely person with a unique personality, in a way a grass-roots person. He is a poet spokesman for the active, victorious currents in political and cultural circles in the 1890s leading up to the liberation in 1905 and a national cultural awareness. He had one song "and it is called Norway."

Flåm - the village where he was born - erected the memorial stone for "their poet" in 1948. They found the stone at Lunden under some crags, about two kilometres from where the stone stands today. A huge block had fallen down the mountainside and seemed to be made for the memorial. Part of the transport took place on the road, according to Kåre Fretheim. At one point they had to pass a house close to the road where a hot-tempered man lived. This man was afraid that they would touch his house and he cried out: - If you touch the house, then I will throw the stone down into the garden! (The stone must have weighed at least ten tonnes). Fretheim can remember that he was up in the mountains when they erected the stone and from a long distance he could hear the shouting of the men working hard to move the stone.

17 May 1948 was indeed a memorable day for the people of Flåm and many others who attended the ceremony. After the traditional 17 May programme, people gathered for the unveiling ceremony of the Sivle memorial stone, erected on the place where he was born. The Flåm Youth Association was in charge of the whole event, the erection of the stone and the unveiling ceremony itself.
The Flåm teacher, Per Hatlelid, wished everybody welcome and then the editor Ivar Tveit gave the main speech. Afterwards Per Hatlelid summed up the work of erecting the stone, and then there were songs, recitals, and various music entertainment. The 12-year-old Ingeborg Fortun, recited a number of Sivle poems, which was well received by those who attended the ceremony. Mrs Susanna Collett, the poet's daughter, gave her heartfelt thanks for the honour shown to her father on this occasion. Anders Ullestad from Voss spoke on behalf of the neighbouring parish and gave an account of the work in connection with the erection of the Sivle stone at Stalheim in 1909.

In his speech the editor Ivar Tveit of the newspaper "Sogn og Fjordane" spoke about the life of Per Sivle, praising his literary production in the following way:
Per Sivle's collected works have now been published by Gyldendal Norsk Forlag. They consist of only two volumes with 662 pages. However, in these two books we find some of the best and greatest of literature produced in this country: "Sogor" (Stories), with their vivid and true descriptions of people and animals - a case in point is the masterly story "Berre ein hund" (Just a dog). The lively and funny Vossa stories. The social story "Streik" (Strike). Above all, the historical skaldic poems. [..] In his skaldic lays and national poems Sivle shows his genius: never before was anything similar written - and never will anything like it ever be written. Poems such as "Thord Foleson, "Eirik Jarl", "Varde", "Vil vil oss et land" and many others that brought Norway back its freedom and complete independence.."

The words on the stone, "Mannen kann siga * men merket det må * i Noreg si jord * som på Stiklestad stå" (The man may fall, but the standard must stand in Norway's soil as at Stiklestad), are the first two lines in the last stanza of the poem Thord Foleson. The inscription on the memorial stone at Stalheim, erected in 1909, has the last two lines of the same stanza, "Og det er det stora, og det er det glupa, at merket det stend, om mannen han stupa"(And this is so great and this is so wise that the standard will stand if the bearer he dies. Johannes Haarklou (1847-1925) has made a tune to the poem.
Owner: Fylkesarkivet i Sogn og Fjordane. - Date: 2001. - Photographer: Hermund Kleppa.
Fylkesarkivet i Sogn og Fjordane.
2001.
Hermund Kleppa.