The vicarage in Førde

The vicarage in Førde has most likely always stood on the site where the old vicarage now stands, 350 metres south-east of the church, on the edge of a natural terrace. Today the old house is a lonely fairly isolated building between Førdehuset and the primary school, while the vicar now lives in the old bailiff house at Tåene. 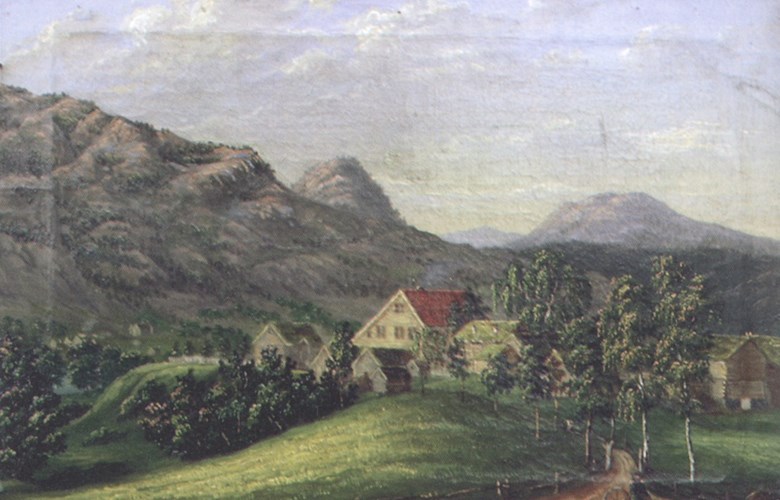 This painting from 1841 shows an alley leading up to the stately vicarage farmyard in Førde at vicar Søren Friis's time. The main building was torn down in 1924. The painter is not known.

The vicar¿s farm before 1666 comprised all of "Førde med Skei" (Førde with Skei), which was most of the land on the north bank of the river Jølstra, from Hornnes in the west to Skyttarkvia in the east. Our first information about the houses at the vicarage dates from the period 1628-36, when the vicar Jakob Olufson Morsing "built the house standing on the vicar¿s farm, wherein the vicar resided.".
His successor Peder Jørgensson Finde (vicar 1637-91), was one of the wealthiest and most powerful men in the district of Sunnfjord, and he bought the whole farm, which was divided into three in 1666: Førde vicarage, Ytre Skei, and Indre Skei. The vicar¿s farm after the division comprised four separate tracts of land: Skyttarkvia, Grovene, Bergum, and the area round the vicar¿s residence. 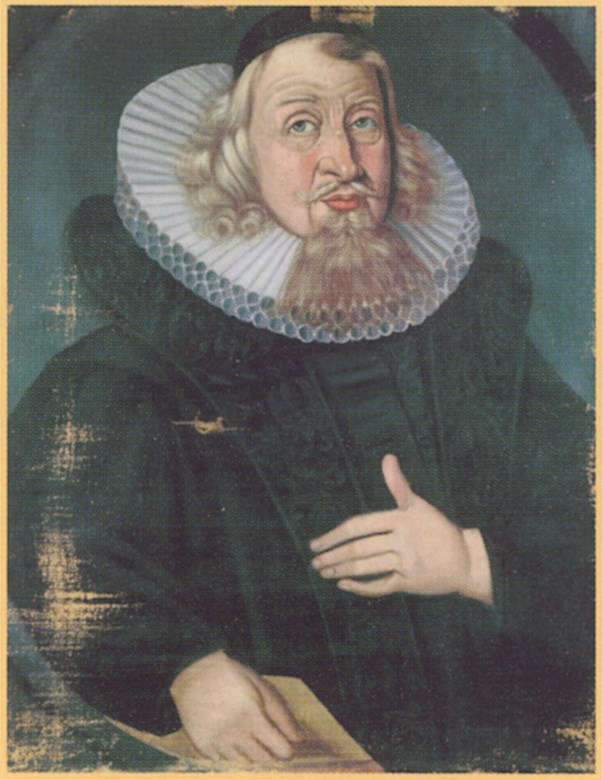 It is not known which houses were built by Peder Finde, but very likely he had built stately buildings on all of the properties, the vicar farm included. In 1672, his son Henrik Finde became curate under his father, and he probably resided at Ytre Skei. He took over the vicar farm when his father died.
The next information about the vicar farm is given by Gerhard Fischer: " The main building is from Søren Friis's time, probably around 1830, and was built of two older buildings (one of which is believed to have come from the Nordfjord district, the other from the district of Sogn) and gives ample evidence of this. ..(.....).Not least from the east it is possible to be impressed by how beautifully situated this comfortable residence is..," Fischer writes. The vicarage farmyard at Friis's time shows 10 buildings, among tall trees.

When Gerhard Fischer was in Førde in 1912, the old farmyard was fairly intact, and the main building had been little changed since 1830. Yet the buildings were probably worse for wear, as it was decided in 1924 to tear down the vicarage. In January 1925 the main building was sold for NOK 2050 at an auction, and later that spring taken down. The materials were used to build an old people's home at Grovene. The new vicar residence was built in 1924 beside the old one and in the same architectural style. 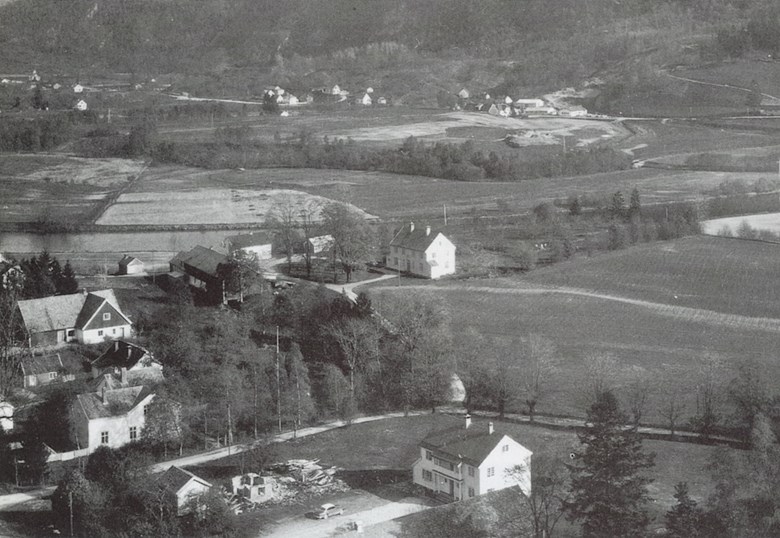 The vicarage farm was not partitioned until the 1890s (Skyttarkvia and Bergum) After 1900 more of the land was gradually developed for housing sites. After 1945 this process was speeded up, when Prestebøen was developed. Farming at the vicarage ceased in the 1960s.

The vicar residence from 1924 was as the years passed by in such bad repair that it could no longer serve as a place to live for the vicar of Førde. The winters were especially unpleasant when the temperatures were low. When Anders Myklebust arrived as vicar of Førde in 1975, the municipality offered him the bailiff residence at Volden to live in. Some years later this house was made permanent vicar residence for Førde, and the buildings there were renovated. The old vicarage is still standing, and it is used by Sogn og Fjordane Teater , and as a studio for artists.

When the new vicar arrived in Førde in 1975, he was offered the old bailiff residence at Volden to live in. The vicar residence was in neglect and very cold in winter. It was therefore considered not suitable.
Owner: Fylkearkivet. - Date: 2001. - Photographer: Arild Reppen.
Fylkearkivet.
2001.
Arild Reppen.