On 24 April 1945, 49 allied planes attacked war targets at Måløy. One plane was shot down and one crashed before it reached its target. Four airmen lost their lives. In the summer of 2000, a memorial stone was unveiled to commemorate them. Leif Åge Larsen was one of the persons who took the initiative to raise this monument. 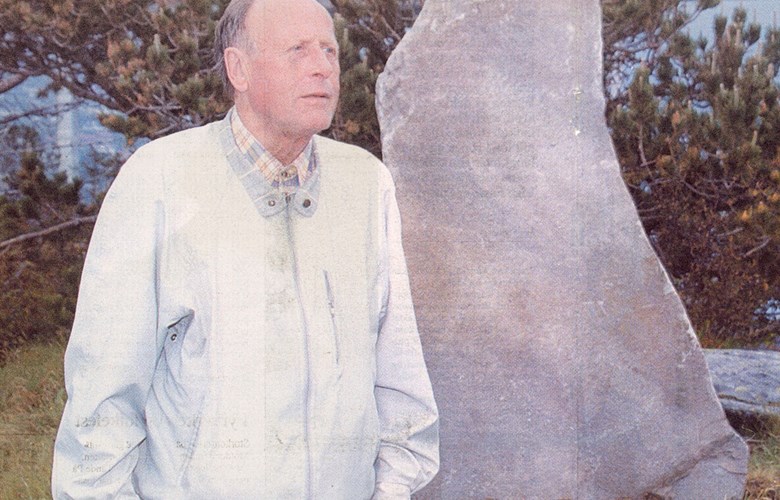 Leif Åge Larsen at the memorial, a short time before the unveiling ceremony, and before the inscription plate was mounted.

Leif Åge Larsen was standing in a queue for the cinema "Dragekinoen" when allied planes attacked war targets at Måløy on 24 April 1945. The small German concrete cargo ship MS "Elmar" was sunk. Three Germans were killed and four were wounded.

The allied forces lost two planes and four airmen; two Brits and two Australians. The two Australian airmen crashed into the Måløy harbour, and after the war, they were moved to the memorial graveyard "Stavne Æreskirkegård" close to Trondheim. The British airmen crashed on their way to Måløy. The rescue men found only a rubber dinghy afterwards. 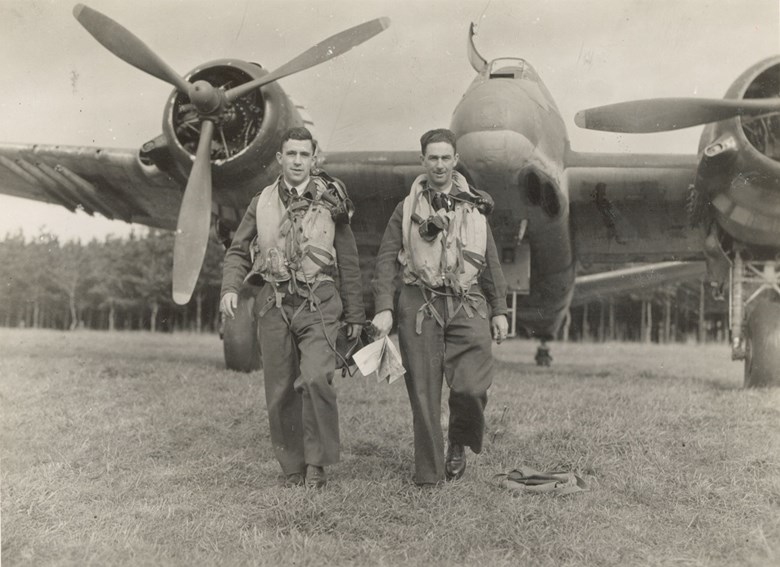 It was Leif Åge Larsen who in 1955 took the initiative to erect a memorial stone for the four allied airmen. At the unveiling ceremony in the summer of 2000, he pointed out that Måløy was the place where most allied soldiers gave their lives between the invasion and the liberation. A total of 53 people lost their lives during the Måløy raid on 27 December 1941, and four in the spring of 1945.

"It is time for us to take our war history in earnest in such a way that future generations can have a testimony of what happened during the five years we were occupied", Iversen said to the local paper Fjordenes Tidende.

The memorial is located close to the Måløy raid monument in a memorial park on the small island between the mainland and the island of Vågsøya. The official name of this island is Måløy, but locally this is usually written Moldøen. The stone is naturally formed as a plane wing, which is appropriate considering whom the stone is intended to commemorate. The inscription on a metal plate:

Leif Åge Larsen and his helpers Terje Sølvberg, Helge Hjelle and Lars Terje Gotteberg, worked for five years before the memorial could be unveiled on Sunday 25 June 2000. Approx. 100 people turned up, with representatives from the Navy, the Army and the Air Force. A music band from The Queens Division played, and it was retired lieutenant-colonel / wing commander(?)Roald Skram who was in charge of the unveiling itself.