Aurland is a municipality with many fjords and mountains. The road to school was often long for the pupils, and during the winter months it could also be dangerous. For this reason, many school districts were established with ambulant teachers and shorter distances to school for the children. 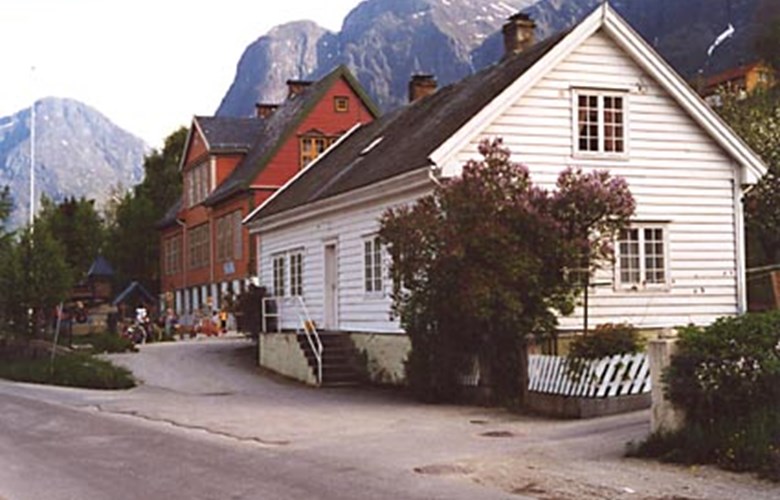 The small white house is the school building at Vangen, built in 1879. The big house in the background is the Vangen School, built in 1933, often called "Universitetet" (the University) as practically all levels of education were gathered in this building.

Schools with ambulant teachers and the school roads

The Education Act of 1741 stated that there had to be an educational system in the country. In that year a "skulefundats" (school statutes) was established with laws and statues regulating and organizing the educational system in the rural areas. The most important item in this so-called Placat og nærmere Anording angaaende Skolerne paa Landet i Norge (Decree and further instructions concerning rural schools in Norway) was that the parish itself was responsible for organizing the school system. The vicar was asked to call in people to a meeting to find suitable arrangements. The municipality was divided into school districts, with teachers travelling around to teach children from eight to 16 weeks per year. In the hamlets, the schooling took place on farms, frequently in periods of two weeks. More peripheral areas with high mountain farms had ambulant teachers. The school worked in a rotation system with the teacher moving around. In this way children were spared the longest and most dangerous roads to school.

The Education Act of 1860 introduced stricter regulations and statues concerning education and the construction of schoolhouses.