Steinsundholmen is an islet in Indre Steinsund, the strait between Steinsundøy and Sula in Solund municipality. On this islet there were an inn and a general store. It was not a trading post on the same level as those in the fishing villages to the west, but the shop was in operation long after the inn had been closed down.

Steinsundholmen had a convenient location for travelling people who needed something to eat or drink, and perhaps a bed for the night. One thing tended to lead to another.
In 1675, a tax was raised on businesses in the countryside. The tax was on capita in employment. Baltazar Pedersen had in his household a wife, a male servant, a foster son, a paid maid, an unpaid maid, and some casual workers. He probably lived on the islet, but what he actually did, is unclear. He most probably ran a shop and a taproom. After him, a very long time passed before there is evidence of people on Steinsundholmen.

In the 1701 census, people were not counted there. The tax collector kept a close eye that people doing business paid tax to the king. In 1756, legend has it, the cotter Peder Akselson Zachrisøen sold beer on Steinsundholmen. But two years later he is believed to have left the place, because he could not earn a living there. Olav Andersson Skjerdal is believed to have lived there at the time when Peder Akselson left. He also, legend has it, sold beer. The estate after him was divided in 1769. In 1771, Ola Knutson bought the houses and the islet. Very possibly he kept shop. When he married a second time in 1798, he no longer lived on Steinsundholmen.

Around 1790, the first merchants from Bergen became owners of the shop and the inn. Lambert Erikson was the host on Steinsundholmen. He came there from Husøy, where he had been Nicolaysen's first Gesell (apprentice). His next in command in Bergen was Lyder Holthe Wentzel, who had applied for and had been granted a license to keep an inn on the islet. Wentzel sold the place to Henrik Møller in 1792. In that same year, he was granted a royal license to keep an inn, however, fish trade and salting were more important for him.

Hans Jakobson Svaberg bought Steinsundholmen in 1798. In 1805, he had a license as innkeeper. The trade and the inn appear to have been profitable. When he died in 1835, 72 years old, he was a wealthy man. In 1837, his widow Marthe Trondsdotter ran the shop. She let Nils Larsson Asheim take over the shop for a yearly sum of eight "spesidalar". Asheim was one of rector Dahl's followers, so the tapping of alcohol was probably reduced. When he died in 1844, Ludvik Skage took over the shop. He borrowed money from the merchant Didrik Martens in Bergen to buy the place. When Skage sold Steinsundholmen in 1850, he had just enough for the repayment.

Peter Ulrik Egedius took over Steinsundholmen in 1850. The herring fisheries were particularly good at that time. Egedius was ambitious and wanted to be a shopkeeper and the owner of vessels and fish seines. But he was not successful. He had borrowed large sums from the merchants Døscher and Martens in Bergen. Steinsundholmen was a part of the Steinsund farm, to the south. In 1798, the farm was divided, and Steinsundholmen no longer belonged to Steinsund farm. Kristian Hansson Toska and his brother Martinus received the islet in 1859. Both drowned at sea in 1863. Halvard Jensen Kringlen married the widow after Kristian and bought the islet at an auction in 1864. He kept a general store there until 1870. For a period he lived at Steinsund. 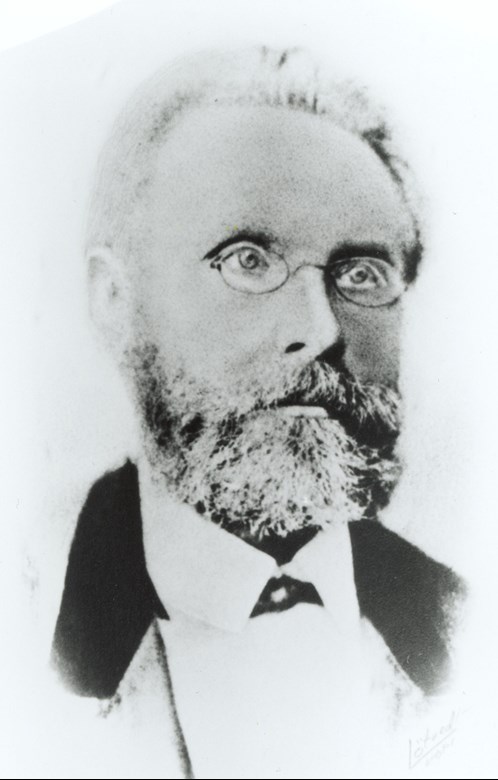 A post office was opened on Steinsundholmen in 1868, and the scheduled steamship stopped at the cove of Steinsundvika from 1875 onwards. The ships were too big to sail through the sound, which at this time had not been dredged. Halvard Jensen became both post clerk and steamship agent, and, in addition, he was a shopkeeper. Before he bought the islet, he had been a schoolteacher at Brekke. He was the mayor of Solund 1870-74, 1876-81, and 1886-1890. In 1870, he handed the shop over to Ola Sjurson Halland, and in 1871 Steinsundholmen was sold at an auction to Johannes Ellingson Nessa. He kept shop until 1875, when Ola Halstensen Stamnesleira bought the place. Halstensen was a blacksmith and continued this work on the islet. He is also believed to have been a baker. His son was a baker and established a bakery at the place. Ola Halstensen's wife, Lisbeth Karine Berntsdotter Harbakke, ran the shop and the house. Together they made the place profitable.

In 1900, Hans Halstensen was shopkeeper and Kristoffer Hauge a blacksmith on the islet. Andreas Hemmingson Hauge later took over the shop. He was lost at sea in 1911. His wife ran the shop until Steinsundholmen was sold at an auction in 1917. Lars Lie gave the highest bid. Later the ownership passed on to the company Stensundholmen. In 1921, AS Salteriet Stensund, c/o O. Bratland, became owner. The company sold the islet to Tormod Pederson Gåsvær in 1936. 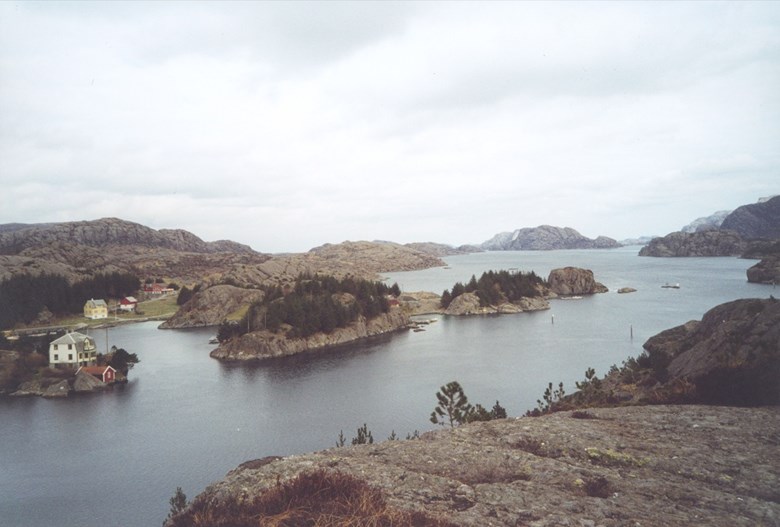 In a division of estate of deceased person in 1756, a cottage with entrance door, a small room, an "eldhus" (cottage used mainly for washing clothes and baking), two boathouses, and a fishing shed are recorded. The next division of estate was settled in 1769. Then there was a residential building with a living room and two smaller rooms, a cottage with a small room and a room at the back, a large boathouse, a fishing shed, and a cowshed on Steinsundholmen. Around 1790, a saltery in timber had been added. In 1797, a deed gives evidence that a new house and another cottage have been built.
At Ola Halstensen's time - toward the end of the 19th century - there were a blacksmith's shop and a bakery on the islet. When Tormod Gåsvær bought Steinsundholmen in 1936, he had the old residential building torn down and a new one built. The size and style of the new were not very different from the old, but it was wider and taller. The first floor was "hidden". The sea sheds and the stone jetties served a fisherman's household very well.

After the Second World War

Steinsundholmen became the home of the fisherman household Anna and Tormod Gåsvær. They never did business there. The family rented a small farm at Steinsund for some years, and later the vicarage at Hardbakke. But during this whole period, there were people living on the islet. On Steinsundholmen they had poultry and a cow, but no sheep. There is not much grass to cut on a small islet.
The houses are maintained with care. The blacksmith's shop is intact, but the hallway for barrels, which was built angularly onto the saltery, has been torn down. The bakery and the small cowshed have both been taken down. The boathouse and the saltery remain and are still being used. The harbour is good and has good enough jetties.
Per Gåsvær and his sister Ingrid Færøy have owned the place since 1999. Both now live in Bergen and use the islet for holidays.

The picture shows the islet of Steinsundholmen around 1925. The old, oblong residential building with a general store was replaced by a new building in 1936, when the family Gåsvær bought the place. The sea warehouse to the right is a so-called saltery, the large hallway onto the saltery is a barrel storage. In front of the saltery, there is the site for salted herring barrels. To the left of the residential house, there is a glimpse of the bakery, built in stone and wood. The small house with a chimney closest to the sound is the blacksmith's shop, with stone steps from the sea. To the far left is the spacious boathouse with a concrete floor and double walls, toward the west a jetty for handling of herring barrels. The residential building hides the small cowshed in the slope behind it.
Owner: Hans H. Steinsund. - Date: om lag 1925. - Photographer: Ukjend.
Hans H. Steinsund.
om lag 1925.
Ukjend.