The agricultural school at Mo 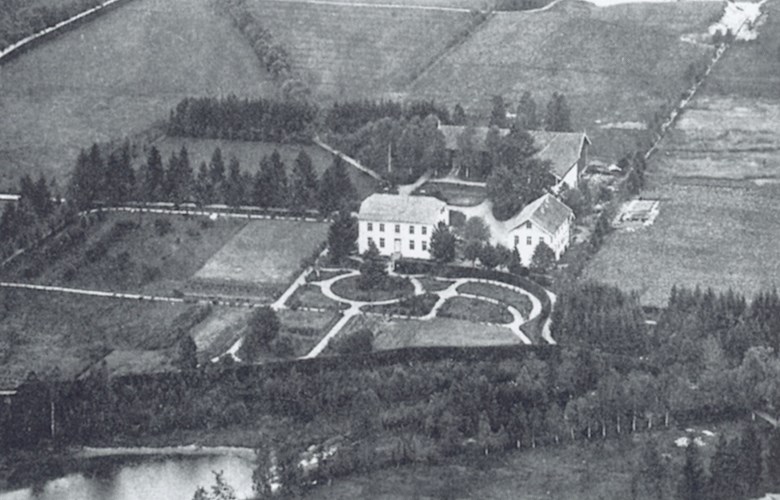 The school farm at Mo, as it was in 1915, with a fine garden sloping toward the lake Movatnet. The name of the school in 2001 is Mo og Jølster vidaregåande skule.

The first agricultural school in the county was established at Vestreim in Sogndal in 1846 by the landowner Lars Westrem. In the 1850s, conflict arose between the county administration and Westrem, which ended with the county buying the farm Mo from Ola Abrahamson Mo in 1856 for NOK 18,000. In 1862, the county bought the main building of the earlier main farm Skaug at Fresvik in Sogn, and had it moved to Mo to serve as residence for the principal and students. The new farmyard at Mo was moved to a location closer to Huldefossen (waterfall), and a new barn and cowshed were built in a large angular building east of the main house.

During the 1860s, many people thought that the school at Mo ought to be closed down. But then Martin Luther Storm (1836-1916) became principal in 1873, and he saved the school. He was able to enter into an agreement with the county administration that he would personally take responsibility for operating the farm and the school. And he stayed at Mo until 1907, when the county again took over. Storm ran the school with great enthusiasm and personal sacrifice at a time when many agricultural schools were closed. He initiated forestation and tilled new land, in spite of the fact that he found the soil poor, and that the farm had "sad forest conditions and sad infrastructure". Yet old pictures show a beautiful farmyard at Mo, with a splendid avenue from the main road and a fine garden on the slope down toward the lake. 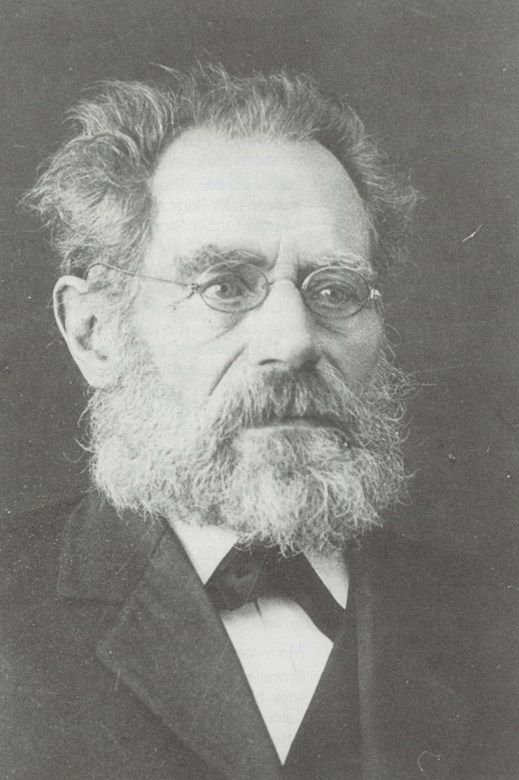 When Storm retired, there were many who wanted to sell the farm, but with a close majority the county council in 1906-07 decided to give Mo another chance. The school was renovated, and new buildings were added, a new main building being built in 1920. In the 1930s the first silo was built, and in 1948 the first tractor was bought. The new buildings on the west side of the yard with dormitory, cafeteria, and kitchen were finished in 1970, and the old main building was torn down. The beautiful garden with fruit trees, flowers, and footpaths was sacrificed for the dormitory. The oldest house in the farmyard today is from the 1860s and was earlier used as a dairy.

In the farmyard there is a memorial stone in granite commemorating Martin Luther Storm, made by the artist Nils Bruland (1922-2000). The text cut into the stone refers to Storm's great interest in forestation: "Hvor Plogen ei kan gaa og ljaaen ei kan slaa der bør et Træ at staa (where the plough cannot go and the scythe cannot cut, a tree ought to stand)". 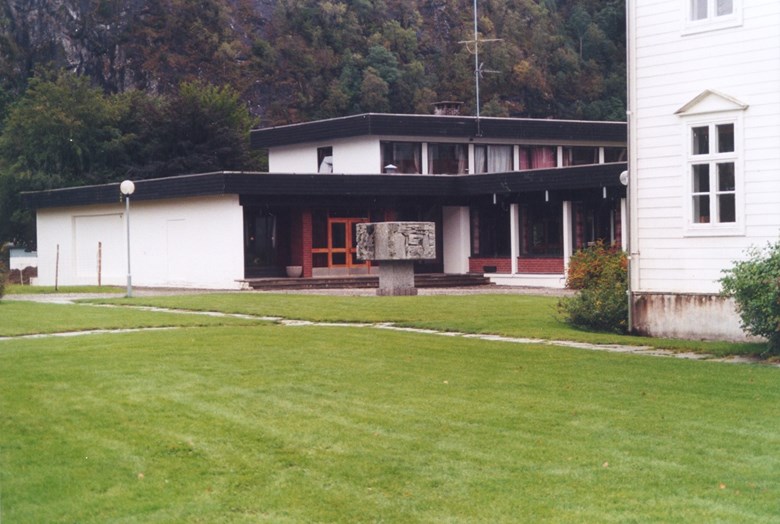 The school at Mo today is one of two agricultural schools in the county (the other is Sogn jord- og hagebruksskule at Aurland). Since 1992, the school has had the name of Mo og Jølster vidaregåande skule, studieretning naturbruk (Mo and Jølster secondary school, nature studies), and it has a joint administration with the earlier Heimeyrkesskulen at Vassenden. In the school year 2000-01 there are 63 students at the school at Mo, in seven classes, and 42 persons are employed there.

Near the farmyard at Mo is Huldefossen (waterfall), which is one of the most beautiful in the county, and the most popular tourist attraction in Førde. The waterfall originates in the Holsavassdraget (the river Hulda), which cascades 90 metres before it joins the river Jølstra at Mo.

If it had not been for Martin Luther Storm, there would have been no agricultural school at Mo. Storm took over the school when closure threatened in 1873, and he ran it to become a model school until 1907.
Owner: Ukjend. - Date: Ukjend. - Photographer: Olai Fauske.
Ukjend.
Ukjend.
Olai Fauske.

In honour of Martin Luther Storm, who was the founder of the school, a memorial stone was erected in 1978. The stone stands in front of the entrance of the new wing of the school. It was made by the sculptor Nils A. Bruland.
Owner: Fylkesarkivet. - Date: 1999. - Photographer: Hermund Kleppa.
Fylkesarkivet.
1999.
Hermund Kleppa.