There are two memorial stones in the municipality of Sogndal commemorating soldiers who took part in the war against Sweden in the years between 1807 and 1814. One of these is located at Fardal on a crag close to the sea at Storekleivi. 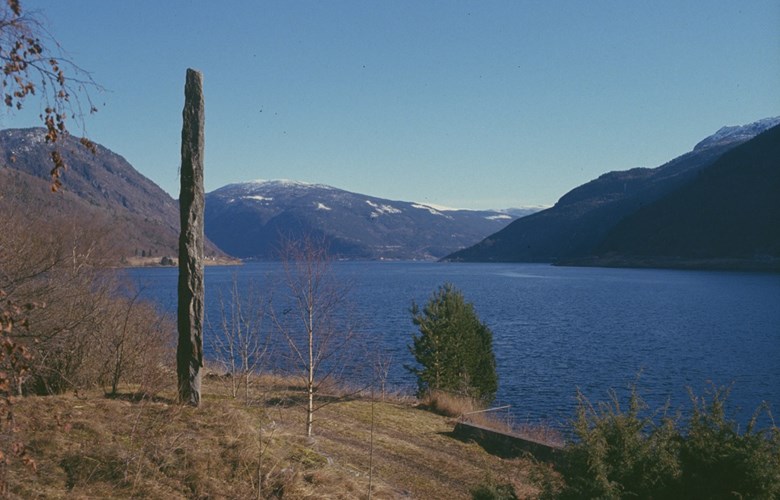 The memorial stone is located on a crag at Storekleivi close to the old road. About 1960, a new road was constructed through a cutting above the memorial stone, to the left in the picture.

In 1807, the joint kingdom of Denmark-Norway waged war against Sweden. Many people from the county of Sogn og Fjordane were called up for military service and were sent east in batches to protect the country. They had a rough time in more ways than one - they were short of food and clothing, the sanitary conditions were horrible, diseases were rampant, and they were called into action many times. Many soldiers lost their lives or suffered permanent injuries and disabilities, most actually caused by diseases rather than direct war actions.

Many 1814 stones in Inner Sogn

In 1913/1914, the strongly patriotic colonel Henrik Angell wrote a strong appeal in the local paper Sogns Tidende ,and, with particular address to youth organizations, urged them to erect memorial stones to commemorate those who had "saved our freedom and independence" in the war years between 1807 and 1814. Angell concluded his highly emotional appeal with the following "order": "Carve into the stone either the names of those who defended their country or simply this: "the stone has been erected to commemorate those who wrote 17 May with their own blood" or something to that effect. But write in Norwegian!"

A number of letters to the newspaper supported his appeal, and the paper itself also voiced their support many times. "Such stones", wrote the paper,"will stand as memorials primarily of the persons they are meant to commemorate, but as years go by, they will also stand as spokesmen for the spirit of an age when these stones were erected. They will stand as spokesmen of their mother country, connecting thoughts and feelings from one generation to another, from one century to another."

In the Norum "sokn", people started the work of erecting a memorial stone to commemorate the soldiers from their own village who had participated in The Swedish War 1807-1814. (Norum is the name of the "sokn", the church is called Norum church and the people of Sogndal call the place "uti Noradn". Nører is a popular name for people from the Norum "sokn". They erected the monument close to the old road at Fardal on a crag overlooking the fjord.

The approximately eight-metre-long stone came from a place called Svihaug far out in the outfields of Ølmheimsmarka. The stone had traces which might indicate that people had tried to work on the stone before, and there were some who said that the stone had once been meant to be used as a memorial stone at Sverdavollen. They dragged the stone to Ylvisåker, blasted a hole as a foundation in the rock and raised it there. 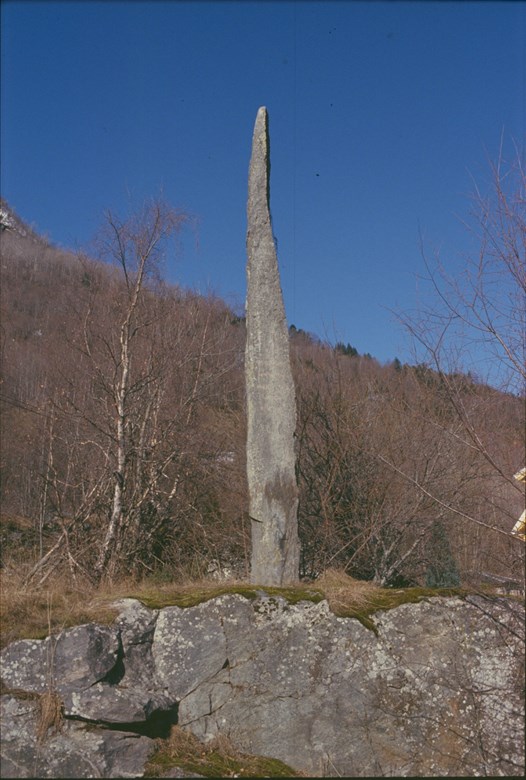 The inscription is hard to read as the characters are small and not deeply carved into the stone. Numbers and letters have once been painted red, but the colour now (2001) has practically faded away. On the front facing the sea we find the following inscription: MEMORIAL * COMMEMORATING THE "NØRER" * WHO PARTICIPATED * IN THE WAR 1807-14 * (then a space marked by a short line and) 17 MAY 1914

The stone was erected in 1914 to mark the centenary of the Constitution. The local paper Sogns Tidende, published in Sogndal, ran a short article on the unveiling ceremony. More than 100 persons attended. They paraded from the Nygård school to the memorial stone at Storekleivi. Jakob Holen was in charge of the ceremony and afterwards there were two speeches. Olav Fjæren gave a memorial speech and Hans Fardal gave a speech on the writer Henrik Wergeland. In the evening there was a party in the house of Sigvald Ylvisaker.

In the Inner Song area there are in all ten memorial stones erected to commemorate the defence of the country in the years 1807-1814 and the Constitution year 1814, - eight war memorial stones and two memorial stones commemorating Eidsvoll men, that is, representatives in the constitutional assembly convened from 10 February to 19 May, 1814. 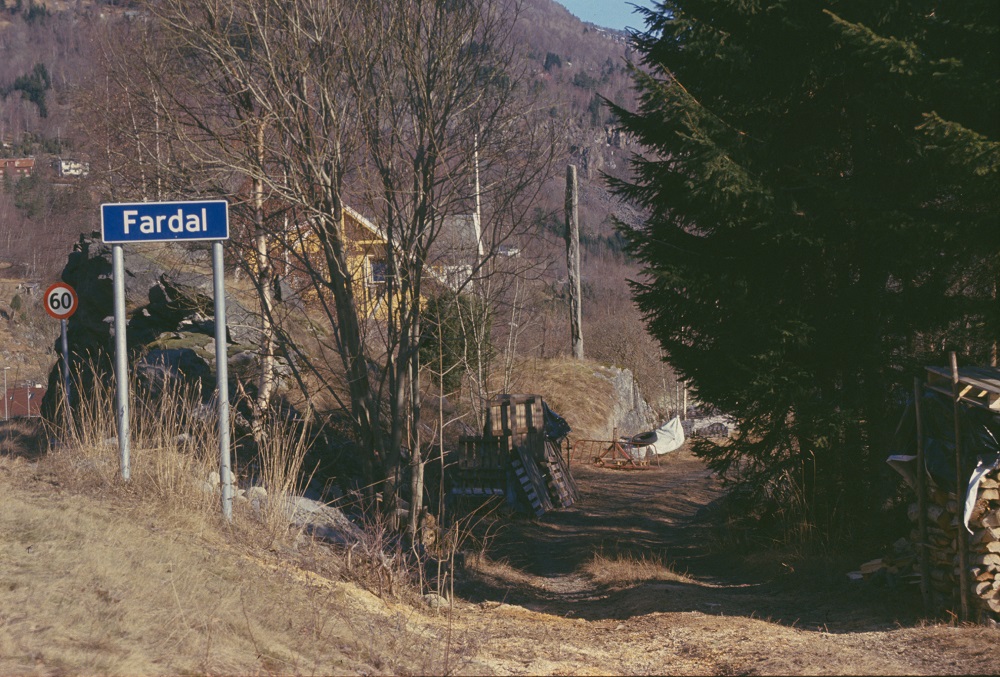 The inscription on the stone. The characters are hard to read - they are small and not deeply carved and the paint colour has faded. The inscription: MEMORIAL * COMMEMORATING THE 'NØRER' * WHO PARTICIPATED * IN THE WAR 1807-14 * 17 MAY 1914
Owner: Fylkesarkivet i Sogn og Fjordane. - Date: 2000. - Photographer: Hermund Kleppa.
Fylkesarkivet i Sogn og Fjordane.
2000.
Hermund Kleppa.