The fishing village of Rognaldsvåg

Rognaldsvåg is the main village on the island of Reksta, in the westernmost part of the municipality of Flora. The settlement on Reksta probably goes back 5000 years. Rognaldsvåg gradually became an important place because of the good harbour facilities, the proximity to the rich herring fisheries, and its central location. In 1860, Rognaldsvåg was the biggest built-up area along the coast of the county of Sogn og Fjordane. 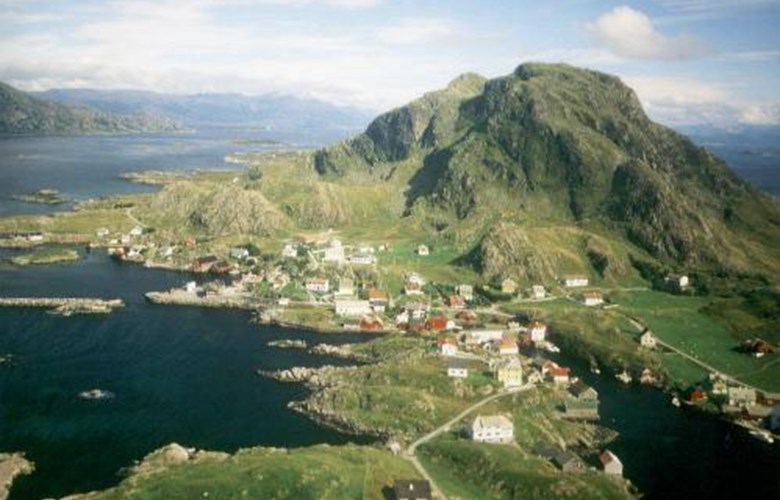 Rognaldsvåg is located in the westernmost part on the island of Reksta. The place is viewed from the west. In the background the mainland can be seen.

The people who lived there have always harvested the ocean, and in the 18th and 19th centuries, farmers from the fjord areas as well as fishermen to the north and south came to take part in the winter herring fisheries in January and February. The herring was mainly caught with seines, but sometimes shore seines were used. In the period between 1808 and 1873, the herring fishery occurred on a regular, annual basis, and increased in volume. After 1850, the fishery was extremely rich and led to fabulous catches the following 20 years. The population increased dramatically during the herring fisheries, and in the most hectic period, the population rose from 300 - the number of permanent residents - to some 3000 in the relevant winter months. The girls who worked with taking out the gills and guts of the herring, and the visiting fishermen slept wherever there was space in lodgings, in the fish saltery lofts, or elsewhere where it was possible to find a roof over their heads. As one of the local doctors described it: "It is incredible to see that the commonly used space-saving method of canning herring, may equally be applied on living, breathing people."

The local people of Rognaldsvåg had boathouses and fishermen's shacks there. The boathouses were used for rowboats and loose floorboards and thwarts. In the sea sheds, they processed the fish, and various fish gear and seines were stored there as well. From the 18th century, many of the farmers from the fjords also built houses and sheds at Rognaldsvåg. These houses were for the most part used during the winter fisheries, and stood empty the rest of the year.

Later in the 19th century, fish salteries were built at Rognaldsvågen. The first ones were small and were built by local people or "fjord farmers". However, city people, mainly from Bergen and Stavanger, gradually established bigger salteries. In 1862, 106 salteries were registered on the island of Reksta, 21 of these were owned by city people. There is reason to believe that many of the salteries were not registered, and, consequently, the number was most likely somewhat higher. The herring catches were delivered to the salteries, the gills and guts were removed before the herring was salted in barrels. Cargo boats then transported the herring to Bergen and Stavanger, or to England, the Baltic and other countries on the continent. At first, the herring was transported by "jekts", but later on, "jakts" were commonly used. The rich herring fisheries lasted until 1873, when the herring suddenly disappeared from these waters. After 1873, the herring appeared only sporadically, and there was thus no longer any need for the big salteries. Some of them were sold and moved elsewhere. Others simply fell to ruin because of neglect, but a few still remain. Most sea shed foundation walls are still standing on rocks and in bays, and these will in the future become "memorials" to the rich herring fisheries in the 19th century. 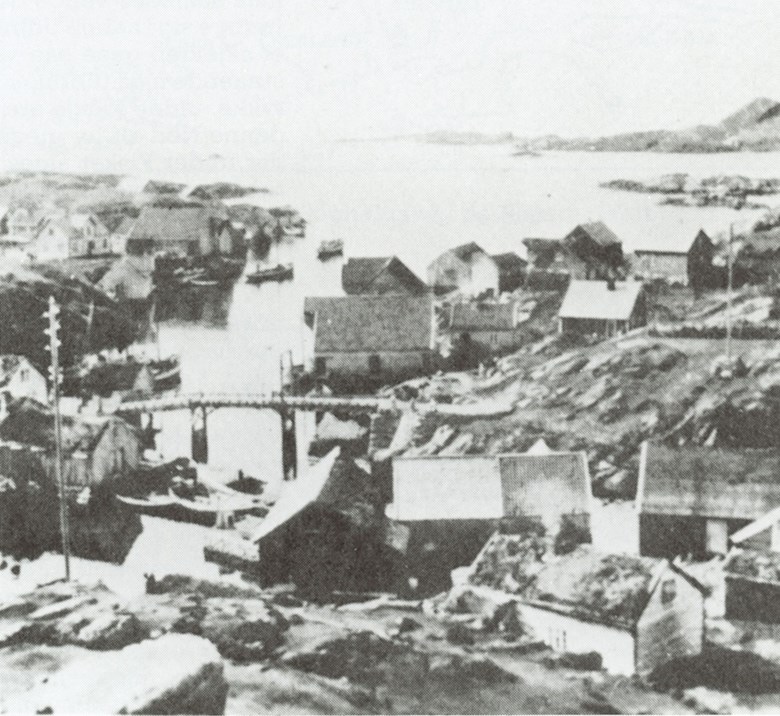 The rich fisheries and the permanent settlement formed the basis for both tradesmen and innkeepers. Already from the start in the early 18th century, these commercial activities were registered at Rognaldsvåg. Lyder Sunde established the present general store in 1893. He ran a store in an old house, and he also ran a fish plant and boiled cod-liver oil. There was also a bakery in the basement of the store. The commodities and groceries arrived in barrels, cases, and sacks, and were sold over the counter by weight. At the fish plant down by the sea warehouse, the fish was either salted or hung up on wooden racks to dry naturally by wind and sun to produce stockfish (unsalted). Some of the salted cod was dried on the cliffs to produce clipfish. The production of stockfish and clipfish lasted until the late 1930s. Trade was carried out in this big old house for 100 years until 1993. Then the present shop-keeper Hans-Jacob Sunde built a new, modern shop closer to the steamer quay. 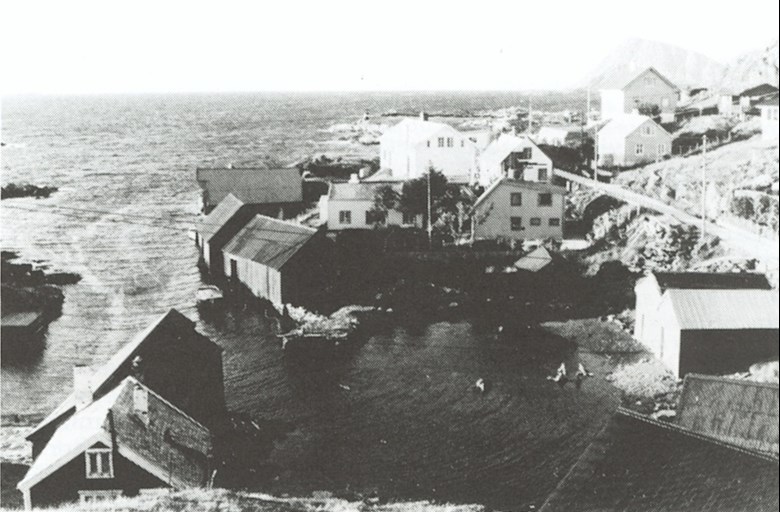 After the rich herring fisheries ended in the 19th century, the motorization of the fishing vessels promised new prospects in the early 20th century. Fishing could now take place over a larger area, and there was now a variety of smaller fishing boats at Rognaldsvåg. Sigmund Rognsøy started up a modern fish plant - in 1998 named Bergen Fiskemat AS (Ltd) - and handled fish catches from boats in the area. Most of the fish was sent further to Bergen. In recent years, many of the fishermen at Rognaldsvåg have taken employment on bigger fishing vessels, and are out at sea for long periods every year.

On the island of Reksta, Rognaldsvåg has been the most important settlement for the past 150 years. In 1860, Rognaldsvåg with its 160 inhabitants was the biggest village along the coast of Sogn og Fjordane. Population data clearly show that the number of permanent residents increased because of the rich herring fisheries in the 19th century. The fisheries have experienced their down periods, and the mechanization of the fishing fleet, coupled with a general centralization / urbanization development in this country in the 1960s also influenced the population figures for Rognaldsvåg. The population figures have gone down over a period, but in recent years, there is now a positive development. People now move to Reksta and Rognaldsvåg and new houses are built. There is enough accessible land for building purposes on the island, and some Dutch families have even settled down on the island. The boat connection to Florø is good, and many people are now optimistic about the prospects for this village in the westernmost part of the municipality of Flora. 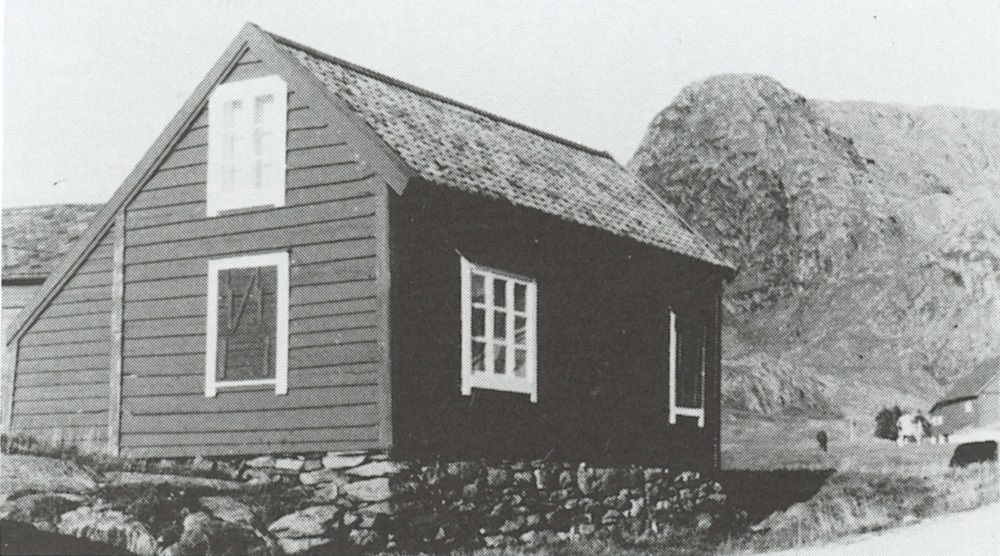