The 19-year-old Johan Friis from Rugsund died in the first Norwegian shipwreck after the Second World War broke out in 1939. In 1994, the Rugsund "sokn" (sub-parish) erected a memorial stone dedicated to him and the three others from the "sokn" who lost their lives due to war actions. The stone stands at the Rugsund church. 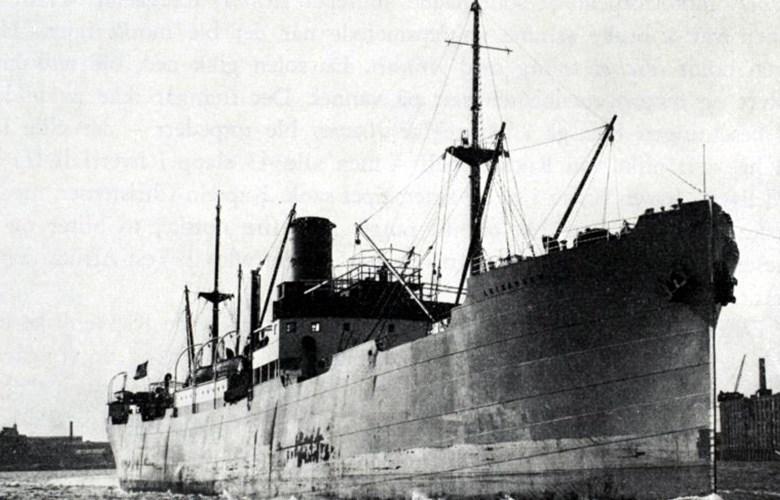 SS Leikanger from Bergen belonged to the shipping company H. Westfal-Larsen. Two men from Bremanger lost their lives when the ship was torpedoed on 27 July 1942. SS Leikanger had a close call a year earlier. On 18 September 1941, the ship was attacked by a German bomber in a convoy on the English east coast. The ship was hit, but the bomb lay undetonated on the deck. With the utmost care, the crew managed to dump the bomb overboard.

"LOFNES, JOSTEIN, fisherman, seaman, Davik. Born 4 June 1918 at Davik, son of Johan O. Lofnes, born 1884 same place, died 1920, and Anne née Yri, born 1884 at Innvik. Escaped with some friends to England in a small motorboat and reported for service in the merchant marine. Last worked on SS Leikanger, and lost his life when the ship was torpedoed two weeks after she left Cape Town en route to Trinidad." 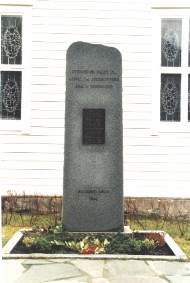 Johan Friis from Davik and Lars Bakkebø from Fjaler were among those who lost their lives in the first Norwegian shipwreck in the Second World War. SS Ronda of 8 425 DWT belonging to the shipping company of J. Ludwig Mowinckel in Bergen hit mines on Wednesday 13 September 1939 off the coast of the Netherlands. Most likely the ship hit three mines and sank in a matter of two minutes. It was impossible to lower the lifeboats, but 20 men were saved from the sea. 16 crew members and two passengers lost their lives.

Both Hilmar Haug and Jostein Lofnes lost their lives when SS Leikanger went down in the south Atlantic on 27 July 1942. The ship was en route from Cape Town to Trinidad with 1000 tonnes of ore. Two torpedoes hit simultaneously and in less than a minute, the survivors struggled for their lives among wreckage in the sea. 13 men managed to get up on a life raft and were rescued after three days. 18 men died, among these 13 Norwegians.