Batalden "bedehus" chapel is an extended "bedehus" built in wood on the island of Fanøya in the municipality of Flora. The "bedehus" chapel, which has a seating capacity of 100, was consecrated for church functions on 26 February, 1911. The house was built in 1907, and "Gjertsen &amp; Co." was in charge of the construction work. Batalden chapel district is a part of Kinn "sokn" in the parish of Kinn. 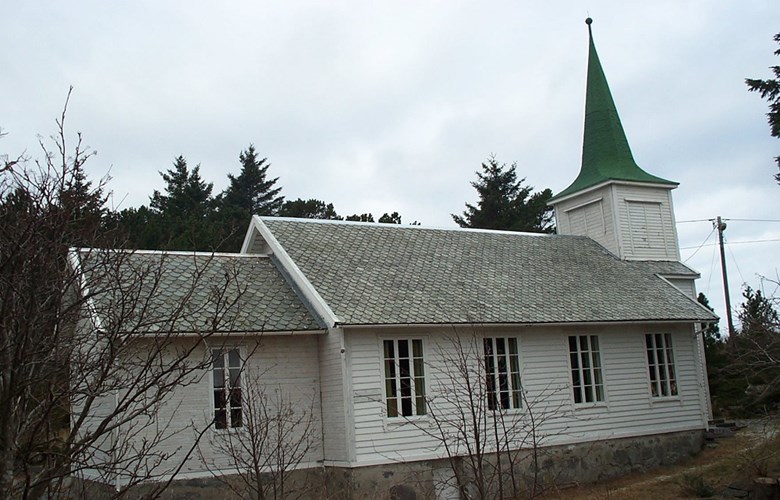 The Batalden 'bedehus' chapel now has the appearance of a white-painted longchurch with horizontal panelling with a chancel extension to the south and a steeple at the northern end above the porch entrance.

Fishermen needed a house of worship

The name Batalden stems from the big island a little to the north of Fanøya. The chapel was built on the island of Fanøya as a "bedehus" because of the rich herring fisheries where a large number of fishermen from all parts of the coast congregated for long periods of time during the winter months. For a long while people met in salting sheds, but in the long run this proved to be an unsatisfactory arrangement. As early as 1902, people started to raise money, and five years later the building work had started. The house was consecrated as a "bedehus" on 23 October, 1907. It was a simple, rectangular house, with three windows on either side wall, but no windows on the end walls. The entrance to the then red-painted house was from the west through the kitchen.

In 1908, the vicar Evensen applied for permission to use the house for church functions while the church at Kinn was undergoing repair work. Permission was given, and the chapel was fitted with an altar rail and an altar table with a white cross on it. The first service was ministered on 26 February, 1911, with Holy Communion objects "borrowed" from the church at Kinn. A makeshift altar was used before a new altar with a communion rail and a cross was taken into use in 1912. For a number of years services were held only six times a year, and the altar was simply hidden with a curtain. This turned out to be in conflict with church building regulations, and a chancel was added to the south in 1930. This was taken into use in the spring of 1931, with a pulpit and a font.

A short time after World War II, the local inhabitants of Batalden once more started to raise money, this time to buy a church bell. This was bought in 1949 for the tidy sum of 3700 kroner. Later 4000 kroner was raised to build a steeple and this was completed in 1951.
In 1954, electricity was installed. In the 1960s the interior of the house was renovated, and the kitchen and toilet facilities in particular were much improved. In the attic a reading room was furnished where the fishermen could read local papers and buy coffee and food. A "housewife" was given a small sum of money to be in charge of the activities in this room.
The interior of the house was renovated in 1974, and once more - both interior and exterior- in 2000. The chapel now has the appearance of a white-painted longchurch with horizontal panelling, with a chancel extension to the south and a steeple at the northern end above the porch entrance. The interior walls are painted in a pale beige colour, with red-painted pews and moulding. The organ is placed on the floor to the left of the chancel doorway, with the pulpit on the south side. The whole chancel doorway can be closed with big doors, so the building from 1902 can still be used for its original purpose as a "bedehus". 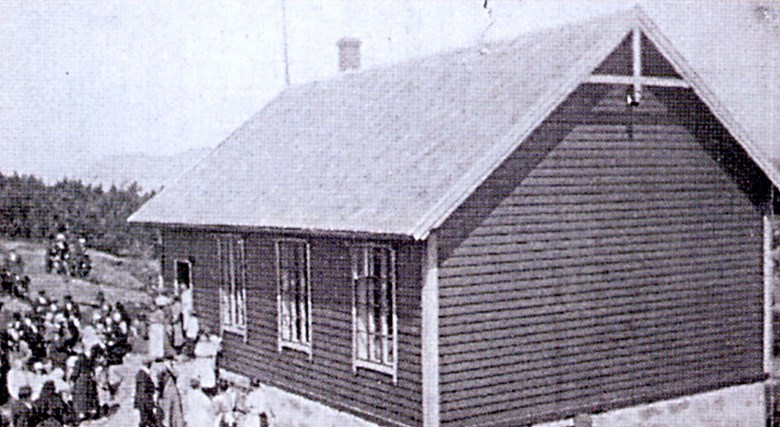 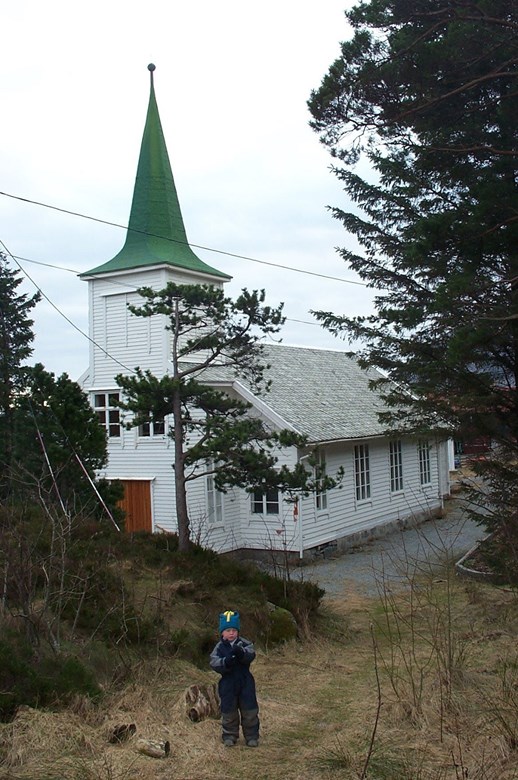 On the altar there are two candlesticks from 1980. The Holy Communion objects consist of a chalice, a dish, a wine cruet in pewter, and a pyx, all dating from 1980 as well. The pulpit and font are both from 1931. The baptismal bowl probably dates from 1908. The organ is a harmonium. The church bell from 1949 is made by "Olsen Nauen Klokkestøperi AS" in Tønsberg, Norway. It was installed in a new steeple in 1951. 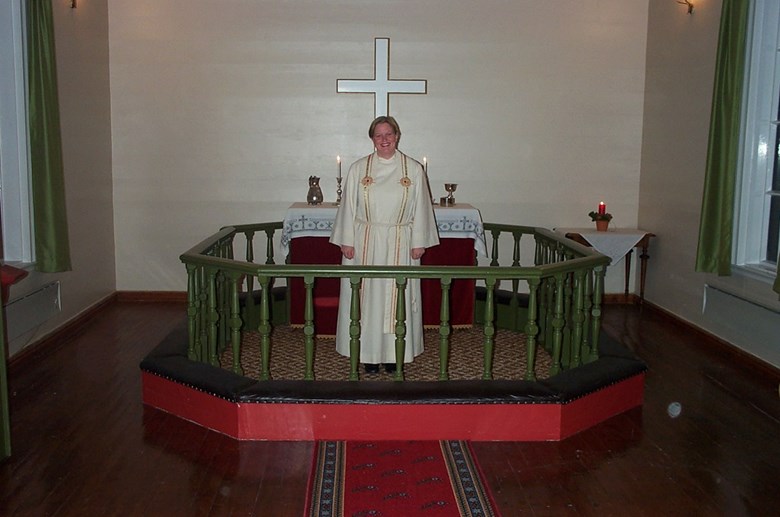 The two families of Sinkovic and Hiseni made national headlines when they sought refuge in the "bedehus" chapel at Batalden in the mid-1990s. These two families with children from Bosnia and Kosovo both had to seek church asylum in this simple house of worship on the island of Fanøya. They all received much sympathy and support from the local inhabitants who felt compassion for them and wanted to protect their fellow human beings. The official policy of the authorities was to send them out of the country, but the strong commitment from the local people contributed to a happy ending for the asylum seekers.