Close to the main road at Gudvangen there is a memorial stone commemorating the seaman Andrias Bryn, born 1918. He went to sea before the Second World War broke out in 1939 and he lost his life in an explosion disaster in the harbour of Algér in July 1943. The people of the valley of Nærøydalen erected the memorial stone in 1946. 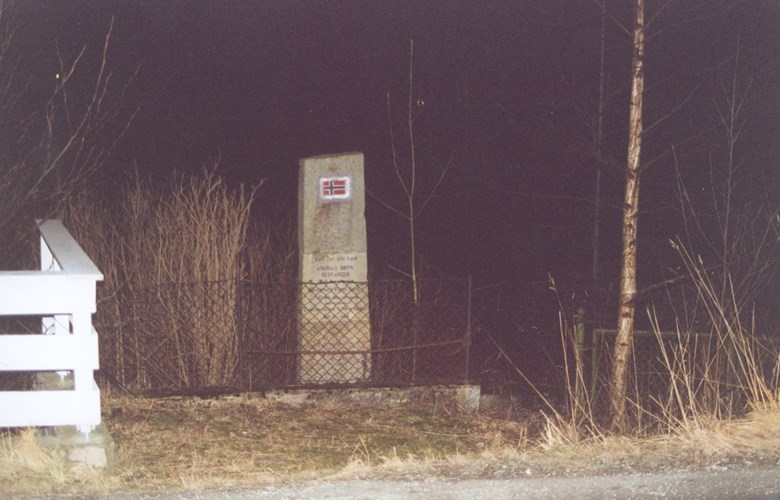 The memorial stone for Andrias Bryn is located on the eastern side of the road at the village of Gudvangen. It is surrounded by lattice fencing.

The prismatic stone of light granite is surrounded by a lattice fence. It stands in the farmyard where Andrias grew up, close to the road a couple of hundred metres from the ferry quay. The upper part of the stone has a Norwegian flag, and slightly below the centre a section has been polished for the inscription. The inscription reads as follows: 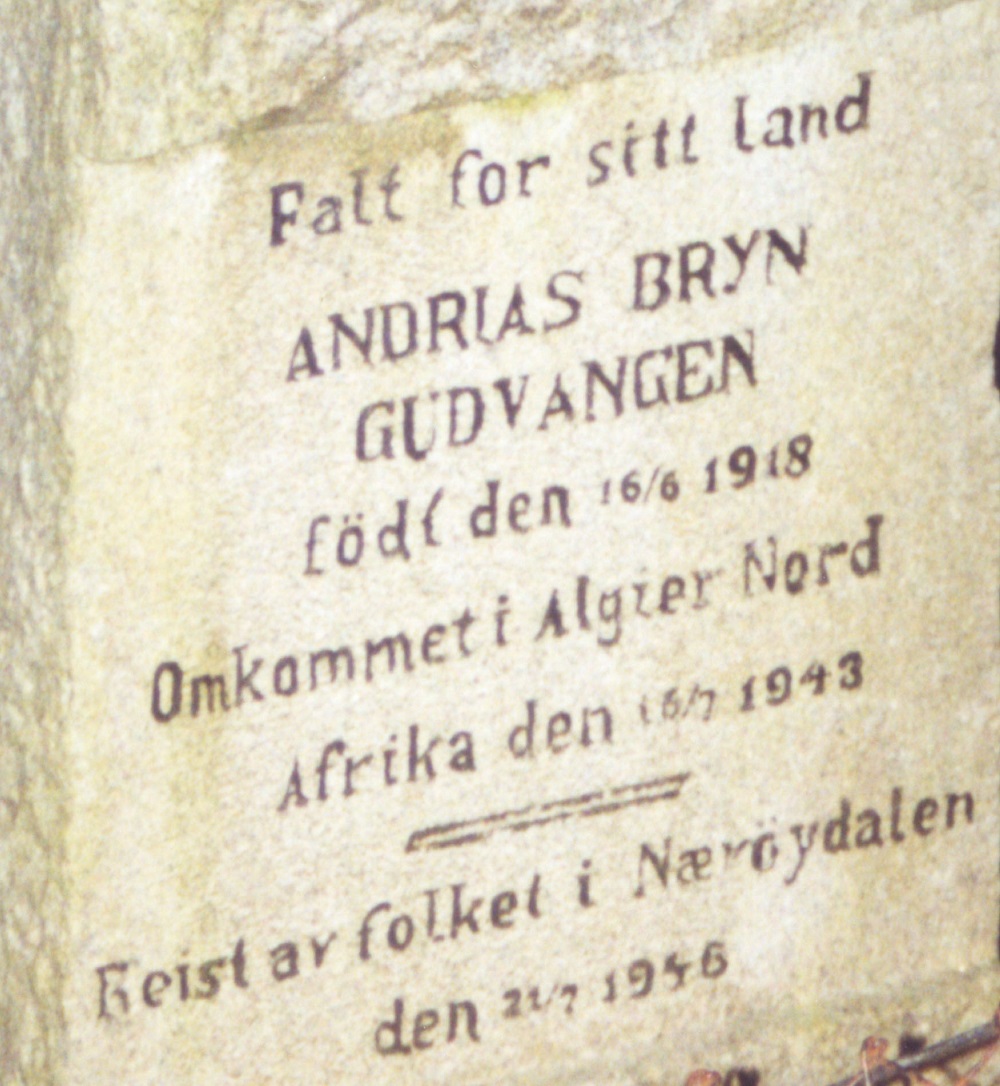 Reference in the book Våre falne

"BRYN, ANDRIAS A., seaman, Aurland. Born 16 June 1918 at Aurland, son of Anders Emil Larsen, and Martha Lassedotter Bryn, born 1898 at Aurland. Served on SS Bjørkhaug and died on 16 July 1943 when a mine exploded during loading at Algier in North Africa." 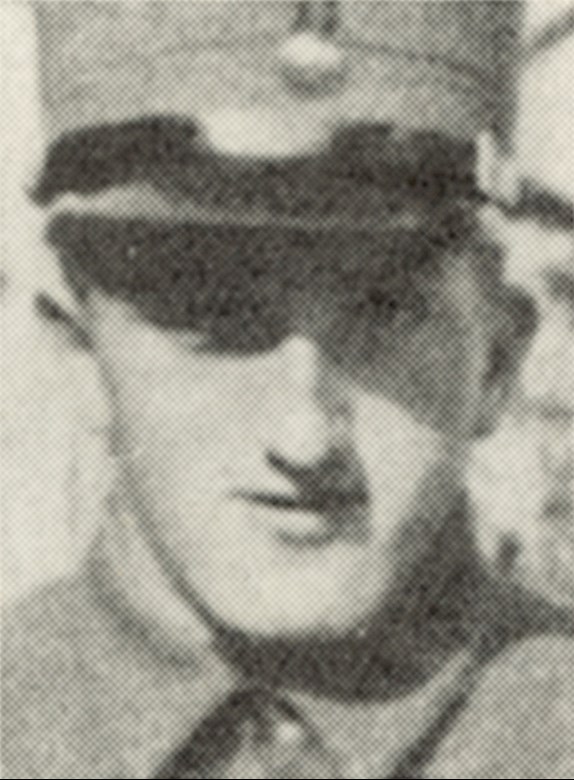 The memorial stone was unveiled on Sunday 21 July 1946. The vicar Rudjord gave the speech, and the sexton recited Nordahl Grieg's poem "Til den falne". - Many people attended the ceremony, according to an article in the local newspaper "Sogn og Fjordane", and afterwards food and coffee was served.

On 16 July 1943 the cargo ship "Bjørkhaug" was lying at the quay in Algér loading scrap iron, empty shells, as well as German and Italian landmines. This was the summer after the Allied Forces had started their offensive in North Africa and they were now pushing back German and Italian forces. The mines were supposed to be harmless. At 3.25pm while the crew was taking a coffee break, a violent explosion was heard, and the whole bow was blasted off. Large parts amidships were severely damaged. The stern was still afloat whereas the midship was partly submerged in the water. The crew astern managed to get ashore by themselves, those who had stayed amidships, where there were seven wounded, were saved by a motorboat. Everybody in the bow and three crew amidships lost their lives.
Nine men lost their lives; four Norwegians, three British, one Dane and one Russian. The explosion triggered other explosions in the harbour area with a disastrous result. About 1000 persons lost their lives, most of these being Arab dock workers.