In the summer of 1999 Harald Bakke from Holmedal rescued a menhir from ending up at the bottom of the sea. The stone had lain in the pebbles, and year by year it had moved toward deep water. One year later the stone was erected beside two burial mounds on the seafront of the farm of Bakke. 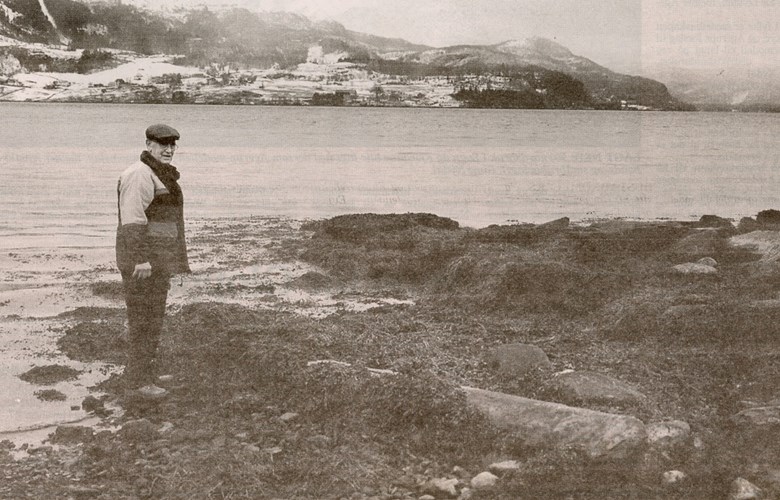 Harald Bakke beside the menhir on the beach of the farm of Bakke in Holmedal.

The menhir is 240 centimetres long and probably weighs close to a metric tonne. There are no traces of inscriptions of any kind. It is believed that the raw material may have come from the ridge of Loftheimåsen some kilometres away, or from the slate quarry at Bakke. Nobody knows with any certainty where the stone stood originally. Some think it has been placed on a burial mound in the neighbourhood. Nor is it known when the stone landed in the pebbles, but Harald Bakke noticed that the stone was on the point of sliding down and out toward deep water. 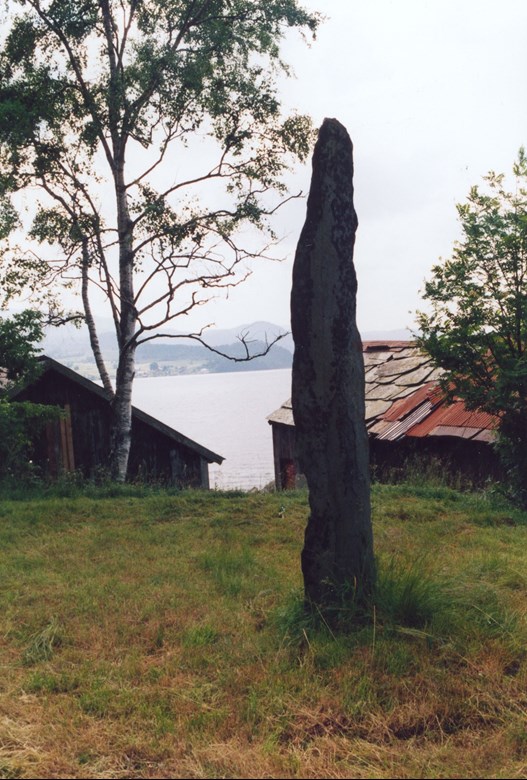 It was Harald Bakke who had the stone brought up on dry land. He had good assistance from Arve Sagosen and Vidar Flaten, both from Askvoll. They took action one day when the ebb was unusually low. With strong poles they were able to lift the stone, heavily covered with kelp, on to a sledge they had made, put a tractor in front, and thus moved the stone up on to the green meadow sloping down to the beach. Afterwards, Bakke served his assistants coffee. The next question was where to erect the stone. 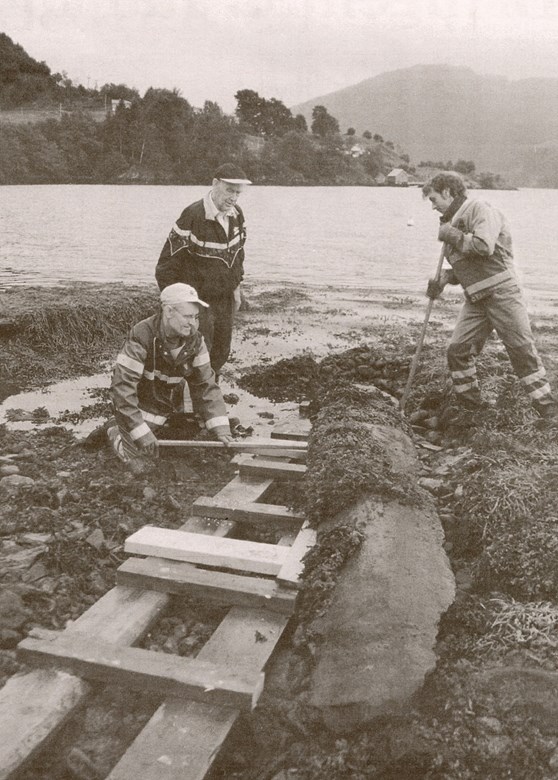 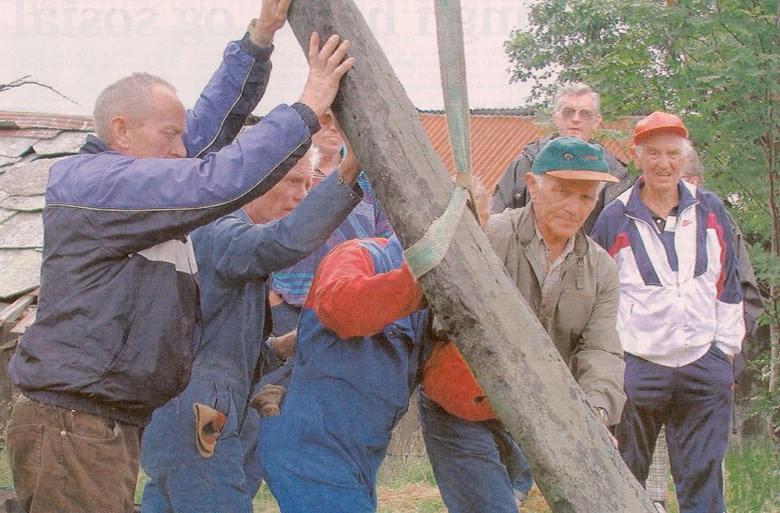 Bakke and others would like the stone to stand as a mark on one of the burial mounds. But Historisk Museum (history museum) in Bergen disagreed. In the first place, a hole would have to be dug into the mound for the foundation of the stone, which could damage possible burial finds. In the second place, there was no certain proof that the stone had actually stood on a burial mound. So in the end, it was erected on a flat meadow near two burial mounds. The archaeologist Berit Gjerland from the county culture office represented the expertise, and around 30 other interested spectators had arrived to watch this rather unusual spectacle.

At various places in the county of Sogn og Fjordane, there are in all more than 20 menhirs from prehistoric times. They are relatively narrow in shape, formed by nature, and put into the ground, from one to eight metres high. Most of them have no inscriptions of any kind. They are difficult to date, but are believed to have been erected in the period 500 B.C. - 1000 A.D.. They may have been erected in memory of someone, or to mark an event.