On 15 April, 1946, the cargo on a motor boat loaded with German ammunition caught fire on her way to a dumping site in Nordfjord. People jumped overboard and everybody but one was saved by boats that came to the rescue. Reidar Drage from Stadlandet was buried at Leikanger church on 20 April, 1946. 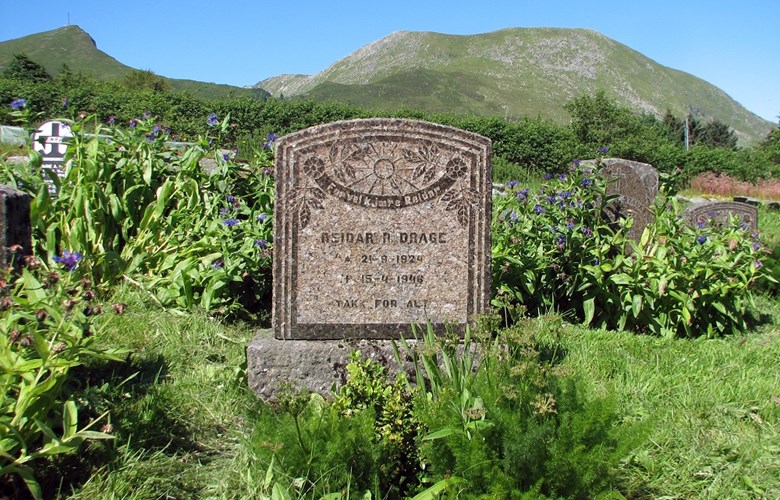 Biography in the book Våre falne

"DRAGE, REIDAR JONN, farm worker, Selje. Born 21 September, 1924 at Selje, son of Reinhardt Drage, born 1882, and Oline née Tungevåg, born 1882, both at Selje. After the liberation he was called in for military duty in the Coastal Artillery, and lost his life on 15 April, 1946 in an explosion during the work of sinking German ammunition at Tangane, Rugsund. Buried at Leikanger church, Stad." 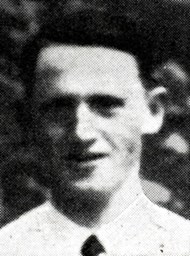 War occurrence after the war

After the war huge quantities of German ammunition and explosives were collected and removed by sinking it into the sea. Accidents occurred at various places in the country. The worst accident in the county of Sogn og Fjordane happened when a barge exploded on the Brufjorden on 1 September, 1945 and all 19 persons onboard lost their lives.

On Monday 16 April, 1946, the motor boat transporting ammunition from the German fortifications of Tangane on the island of Rugsundøy was on her way to a dumping site in Nordfjord. At Rugsund - where the present bridge crosses the strait - hundreds of kilos of gunpowder on deck caught fire and a gigantic column of fire rose into the air. The crew managed to throw some cases of shells overboard, but when the fire quickly became too intense, there was only one thing left to do - jump into the sea. The rescue people found 12 persons alive, whereas the last, Reidar Drage, was missing. A search was started and he was found a short while afterwards. He was not been killed by the fire, but he had not been able to keep afloat until the rescue people arrived.

Reidar Drage became a victim of a war occurrence one year after the war was over.

(It is not possible to make out the whole inscription based on the picture.)