The school museum at Selje

When the village school was closed down, the old school building at Sandvikneset was turned into a school museum for Selje. The house is located about 20 kilometres south of the centre of Selje on the road to Måløy. 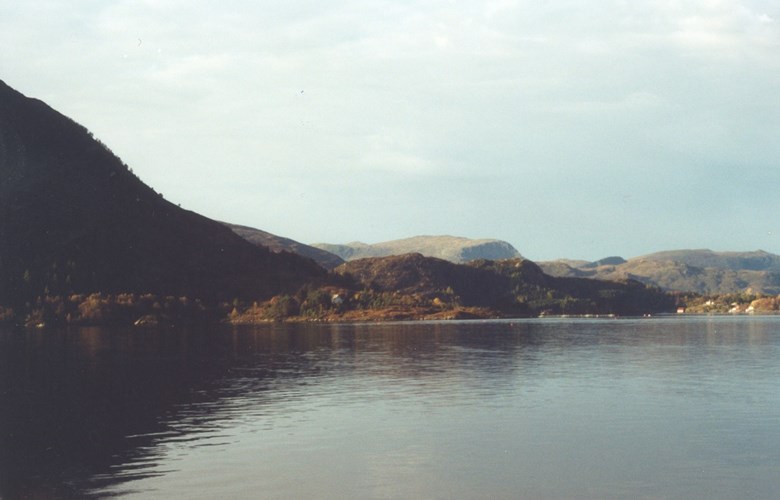 The school museum is beautifully located at the point of Sandvikneset with a view towards the strait of Barmsund (to the right) and the bay of Flisterpollen (to the left).

On 5 January, 1915, the Selje school board decided that a school house was to be built at Sandvikneset close to Barmsund. The house was completed in 1918, at a time when many of the school houses in the smaller villages and hamlets were built. For this reason, the building style is typical. The house was built of logs. On the ground floor there is a classroom, and next to it is a small room, called the teacher's room. On the first floor was the teacher's flat, and in the basement a big room and a kitchen.

For many years the basement has been used as a meeting room for the local youth association, for fund-raising activities and Christmas parties, or for other occasions. 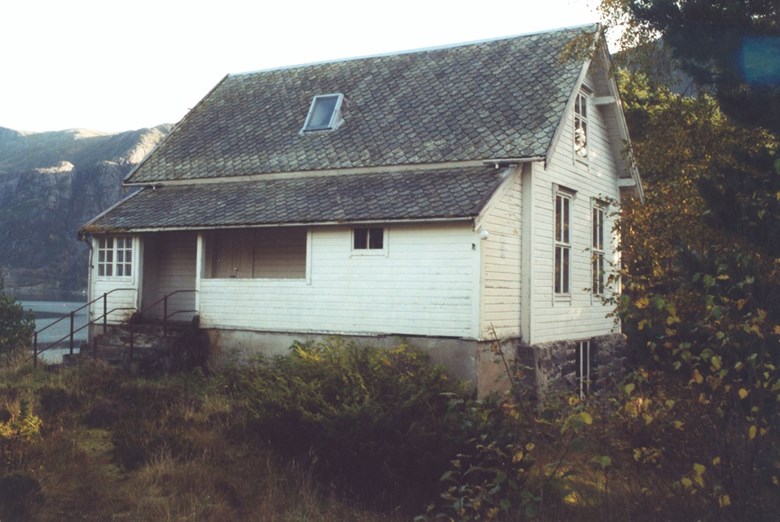 From a village hall to a museum

The school was closed down in 1960, and the house was taken over by local people who started to redecorate the basement. In 1984, the small village schools in Selje decided to build a school museum in the municipality, and it was agreed that the Sandvik school was the most suitable building. As the school district had not used the house very much in the previous few years, it was given free of charge to the municipal authorities to be used as a school museum. From all the schools in the municipality were collected old objects and artefacts relating to school activities, such as blackboards, slate pencils, wall charts, maps, and other interior furniture and objects. 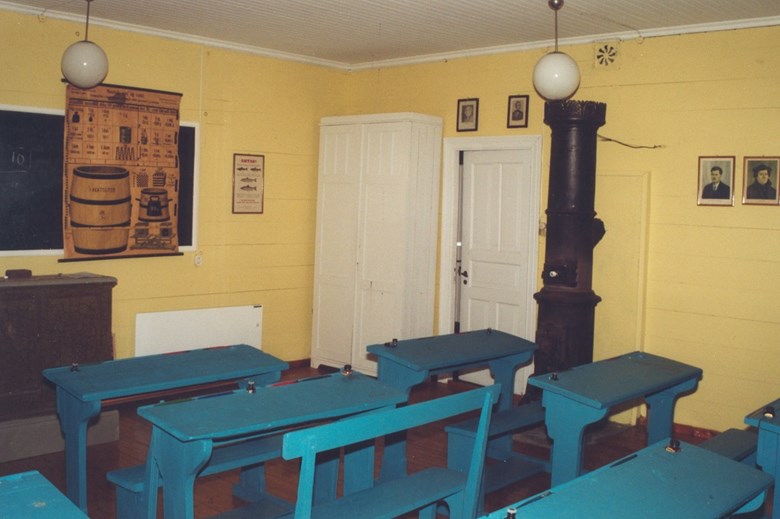 Up until now the school museum has mainly been used as an excursion site for the pupils in the municipality. Consequently, it has only been open to the general public upon request. However, the idea is that the old school building with time will get regular opening hours as at an ordinary museum.

A fishing story from the 1940s

During and shortly after the Second World War, it was not always easy for people to get enough food on the table. One day in late winter the teacher was sitting behind his desk in the classroom. He looked up and threw a glance at the sea below and saw that the small bay was literally boiling with fish. Both he and the pupils rushed out, and they screamed with joy when they saw a shoal of big coalfish chasing herring almost up to the foreshore. Both the teacher and the pupils lost no time and ran down to the sea, where the shoal of coalfish was so dense that the fishing hooks barely got down in the water before the frenzied fish got hooked. Some of the bravest pupils even caught fish with their bare hands. On that day all the pupils brought home self-caught fish for dinner!