The archipelago of Værlandet - Bulandet consists of the area to the west of the Aldefjord. In 1981, Askvoll municipality forwarded a suggestion for a road connection between Værlandet and Bulandet, but the construction of the westernmost county road in Sogn og Fjordane started only 20 years later. The road was opened for traffic in December 2003. 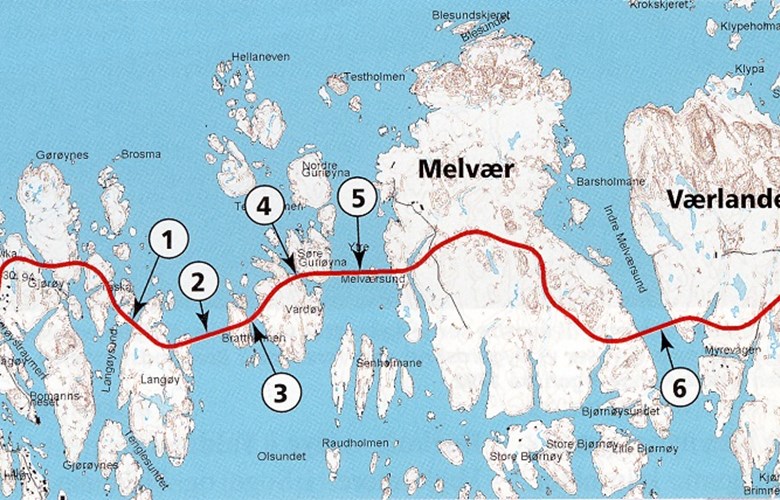 Bridges and ferry at Bulandet

From 1979 on, the islands of Bulandet were gradually connected with bridges and roads. In 1979, a road between the islands of Nikøy and Hillersøy was finished, and a bridge between Nikøy and Kjempenes. The Nikøysund bridge was built in 1987. The bridge is 15.5 metres above sea level and is one of the highest points in the entire group of islands. It serves as a landmark in the low coastal landscape. In 1988, a ferry service from Bulandet to the mainland and the neighbouring island of Værlandet was established.

A right to good communications

A lot of reports

In 1981, Askvoll municipality presented a suggestion for a road connection between Værlandet and Bulandet. In 1990, a study was carried out showing what a road connection would save of public funds. The county administration in 1998 made a report on industry, population, and public services, and discussed alternative measures whereby the islands could be connected together. The Public Roads Administration in 1999 presented a preliminary plan for road connections in the islands.

The cost estimate was NOK 110-200 million. The project was not regarded as profitable, and the costs were uncertain. A road connection would save county subsidies for the ferries and express boats, however, if a ferry to Bulandet was needed, the county would have to buy a new, seagoing ferry for around NOK 80-100 million. Askvoll municipality granted NOK 10 million, and the county sold shares in power companies to realize the project. The cost of the entire project was estimated at NOK 192 million (2003 values). The locations were decided by a municipal plan adopted in June 2000. 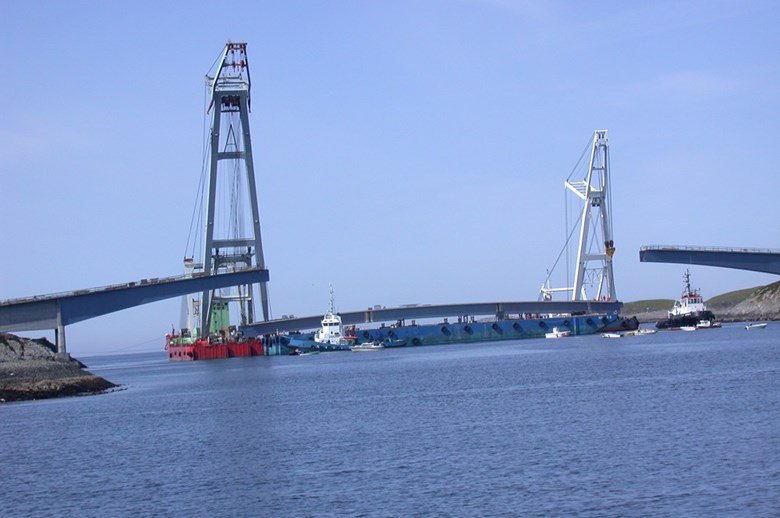 The construction work was started on 3 July 2001. With six bridges measuring in total 1000 metres and a new road of 4240 metres, Værlandet and Bulandet were united in December 2003. The bridges had been prefabricated in Sandnessjøen. The steel constructions were freighted to the right places. The first bridge farthest to the west crosses the sound of Langøysundet. It is 57 metres long and weighs 77 tonnes. The other bridges are across the Olsundet (286 metres), the Brattholmsundet (60 metres), the Åsgarden (32 metres), the Ytre Melværsund (317 metres), and the Indre Melværsund (234 metres). The bridge across the Ytre Melværsund connects the island community of Værlandet and the island community of Bulandet. 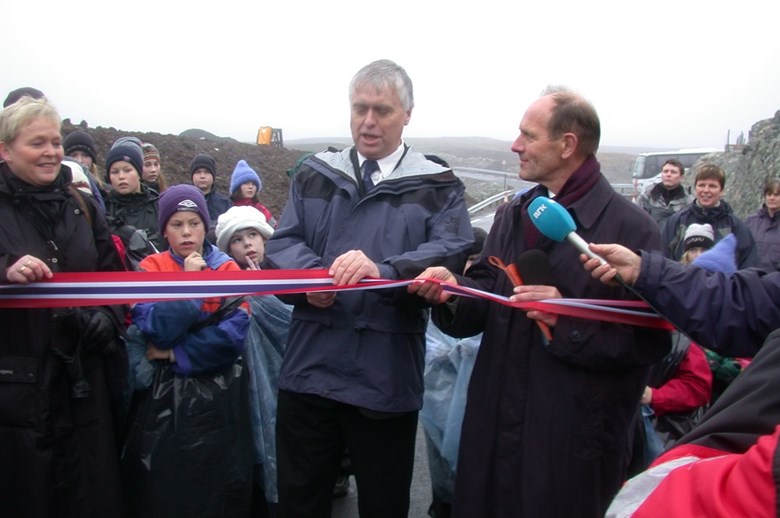 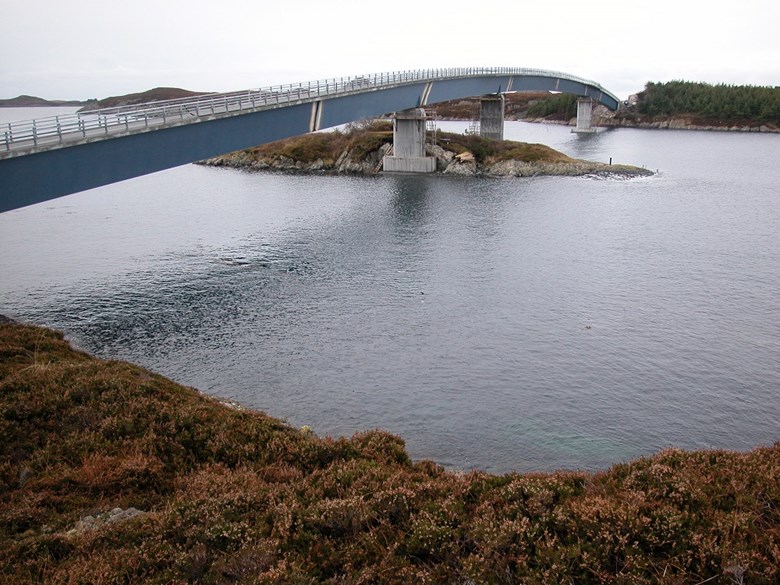 Road with one traffic lane

On 15 August 2003 it was possible to drive a car from one island to the other. Most sections have only one lane. So do the bridges, but with passing places. A section of around 1300 metres of private road (now county road) was improved, and around 800 metres of new road were built at Værlandet. The express boat service has been discontinued, and the transport service with the mainland is by ferry Værlandet-Askvoll. But roads were not built everywhere. At Sandøya, to the west of Bulandet, there are two families still without a road. There is little hope of a road connection for them in the near future.

The Olsund bridge under construction in 2001. Two crane vessels are lifting the 106-metre-long central span in place. In operations of this kind, the utmost precision is required. With the long sea waves in this area, an operation such as this probably borders on the impossible.
Owner: Statens vegvesen Region Vest. - Date: 2001. - Photographer: Olav Handeland.
Statens vegvesen Region Vest.
2001.
Olav Handeland.