On the night of 13 January 1925, SS "Aladdin" ran aground on the eastern side of Silda. The whole crew survived this dramatic accident, but it meant the end for the ship. The ship was broken up there on the shore and transported away as scrap iron. But a broken concrete base still remains on the shoreline as a remnant of a strange shipwreck. 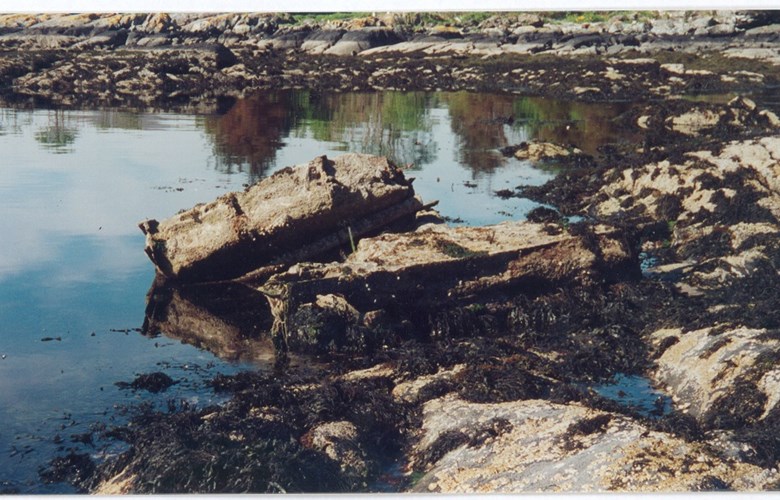 The remnants of the concrete base made to support the stern of the ship to keep it in place during the breaking-up operation.

Storms were raging along most of the coastline in mid-January. Newspapers reported of damages on land and at sea. The sea warehouse of Isak A. Refvik at Raudeberg was wrecked in the storm, and many houses at Refvika had been damaged. A motorboat at Skatestraumen had broken adrift and was partially smashed. The Bergen-registered "Bisp" had gone adrift from the anchorage at Kapellbukta. The same thing happened to the Oslo-registered SS "Aladdin".

The cargo ship "Aladdin" of 3113 gross register tonnes belonged to the shipping company of J. T. Farsøe & Co. in Oslo. The ship was on her way from Gothenburg to Narvik in ballast. (A ship sailing in ballast lies so high in the sea that the propeller does not always reach below the surface). "Aladdin" had a crew of 27, and the captain was Trygve Nergaard, aged 42.

Did not want any assistance from tug

A coastal pilot entered "Aladdin" in Haugesund. In the afternoon of Tuesday 13 January, the ship had come north in the strait of Ulvesundet, and the captain decided to anchor up at the anchorage of Kapellbukta and wait for calmer weather. However, when the first anchor did not get a good enough hold, the ship moved further north and anchored up in the vicinity of the Ulvesund lighthouse. In the night, the wind increased. Both anchors broke loose and the ship went adrift.
The salvage tug "Draugen" arrived and managed to tow the ship into the bay of Flatrakevika where "Aladdin" lowered the spare anchor. The captain of "Draugen thought that the towline had to be kept as an extra safety precaution, but the "Aladdin" captain disagreed. In the confusion that arose, "Draugen" got the towline tangled up in the propeller and collided with "Aladdin". This collision caused a hole in the side of the ship, which meant that the ship had to be run aground to avoid sinking. 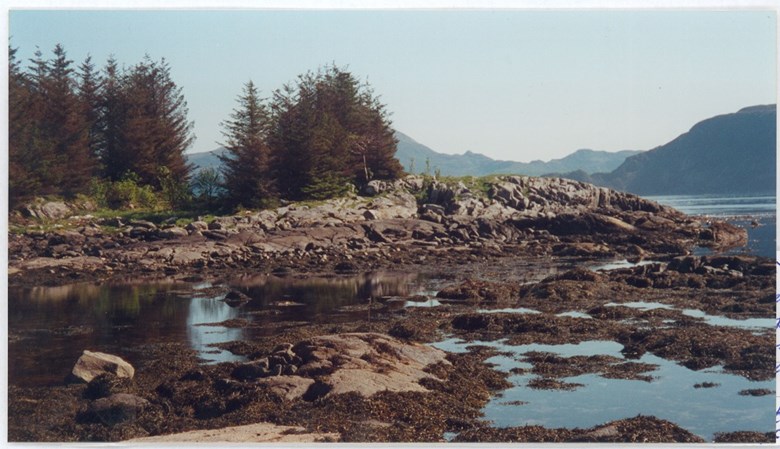 Said no to assistance for the second time

In the strong wind and with reduced propulsion, "Aladdin" once more went adrift, this time heading straight for the island of Silda. Another salvage tug, "Jason" had now arrived, offering their assistance. For the second time, the "Aladdin" captain refused any help, believing that they would be able to stay clear of Silda without needing any assistance. A short while afterwards, the ship ran aground on the southern tip of Silda at Holmen, an islet it is possible to reach on foot at low tide.

Many people rescued ashore at Holmen

On the island of Silda, people had followed the drama all evening. In the autumn of 2003, Sverre Silden, born 1918, gave an account of the drama, "remembering that that the wind was exceptionally rough and the tide was extremely high."
As "Aladdin" was approaching the island, many people were standing on Holmen, ready to help. They caught a line that the crew threw from the shipwreck and tied it to an iron ring in the rock. One by one, the crew climbed down a rope ladder along the shipside, and further to land along the line. There they were taken care of and immediately led up to the houses on the island. However, before everybody had come safely ashore, "Aladdin" once more went adrift, and this time north along the eastern side of the island.

Grounded at Kyrkjeneset for good

"I think the ship will run aground at Kyrkjeneset", cried a man, and people hurried to that place. Kyrkjeneset is located halfway between Sørehamna and Norehamna. On the way Sigurd Silden grabbed a hemp rope which later proved to be highly useful. When they arrived, "Aladdin" had run aground, with the stern high up on the shoreline. The last crewmembers were about to get ashore. 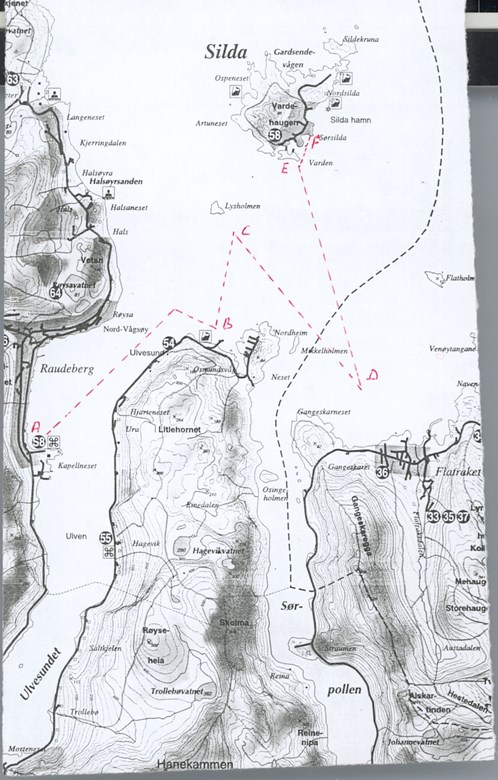 It was at this point that the hemp rope that Sigurd Silden had grabbed proved to be so useful. When two men fell into the sea, Sigvald Sandviknes resolutely jumped into the ice-cold sea and saved both. He got the biggest lifeboat as a token of appreciation for his daring rescue operation. Later, he was awarded the a diploma with a gold tie clip with diamonds from the Norwegian Society for Sea Rescue for this rescue deed.

The "Aladdin" night in 1925 was both long and dramatic, but fortunately no lives were lost. The following day a lot of people gathered to take a look at the big ship that had ended up on the shores on the island. Sverre Silden remembers that the captain and the chief engineer stayed in their house, and to show their appreciation, his family were allowed to enter the ship and take as much canned food as they wanted.

It was also said that in the days after the ship ran aground, a number of small boats gathered at the shipwreck and that much was removed illegally. But the local people of Silda also got their fair share of goods from the ship in appreciation of their rescue assistance.

After many failed attempts to pull the ship off the rocks, "Alladin" was broken up where it lay. Bit by bit the ship was transported away on barges. It was in connection with the scrapping operation that a solid concrete base was made under the stern, and this can still be seen on the shore Kyrkjeneset.

One may wonder today why a ship with engine and rudder intact could be wrecked in relatively sheltered waters the way "Aladdin" did. There may be many reasons for this, but the most puzzling factor is that the captain on the ill-fated ship twice rejected any offer of assistance from the salvage boats.

Map showing the last voyage of SS "Aladdin". from Kapellbukta (A) by way of the Ulvesund lighthouse (B), north to shallow waters at Lysholmen (C), assisted by the salvage vessel "Draugen" down to Flatrakevika (D), north to Varden on the island of Silda (E) and then finally to Kyrkjevika (F).