De Heibergske Samlinger - Sogn Folkemuseum is the cultural-historical museum for the people of Sogn. It is located at Kaupanger, comprising a large open-air museum, a large exhibition building with permanent and temporary displays, and a separate section, Sogn Fjordmuseum, with boats and other objects related to our local fjord culture.

The main building at Vestreim in Sogndal. The building was designed by the architects Sverre Lied and Petter Helland-Hansen, and was completed in 1980.

The museum was started with the collector activites of Gert Falch Heiberg, one of the major museum pioneers in Norway. Even as a young man he showed a keen interest in collecting. Around 1900, he started collecting objects and artefacts from everyday life and working life in Sogn. In 1903, Heiberg secured for himself the first antiquarian building, and in 1905, he built his first major exhibition hall. His ambitious idea of a "folkemuseum" (a people's museum) was now beginning to take shape. De Heibergske Samlinger - Sogn Folkemuseum was established in 1909, when Heiberg donated his private collection of antiques from Sogn to the newly established "Historielaget for Sogn" (The Historical Association for Sogn), which still owns the museum. The museum was developed on a separate section on Heiberg¿s property at Amla. 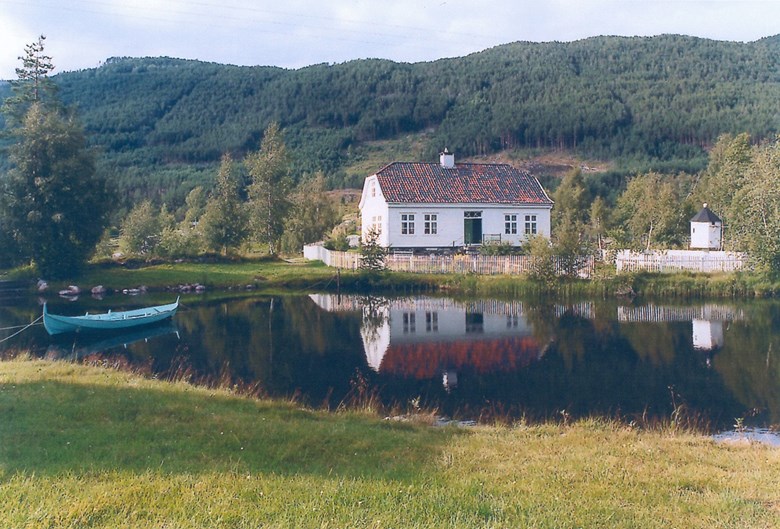 Gert Falch Heiberg developed the museum into becoming one of the foremost folk museums in the country. In addition to the many antiquarian buildings that were rebuilt on the museum premises, two big exhibition halls were built, and the museum obtained a status as the most comprehensive museum of farm implements in Norway. As early as in the 1950s, it became clear that the museum area at Amla was too small, and it was not suitable for a forward-looking development of the museum either. In the 1970s, then, the work of moving the museum to Kaupangerskogen, between Sogndal and Kaupanger was started. A new exhibition hall was taken into use in 1980, and today most of the buildings and objects and artefacts have been moved to the new museum. In addition to all the buildings, a new cultural landscape has been designed that is taken care of by means of traditional farming methods. In 1990, the Sogn Fjordmuseum was opened in a rebuilt saw mill close to the Kaupanger ferry quay.

At the start the museum had the whole area of Sogn as its area of responsibility. Now this has been reduced to only comprising the municipalities of Høyanger, Vik, Balestrand, Leikanger, Aurland, Sogndal, Lærdal, Årdal and Luster. The museum, however, has still a lot of objects from the western villages along the Sognefjord, and will continue its responsibility for these, both through its collection of objects and artefacts, as well as through the "Årbok for Sogn" (Yearbook for Sogn) published by Historielaget for Sogn.

The museum has traditionally covered a wide range of themes. It has been a ¿folk museum" which has attempted to cover all aspects of popular culture. Agriculture, hunting and fishing, all kinds of handicrafts, clothes and cloths, church life, building culture, and living environments, all these are themes that the museum has been especially interested in. The museum was among the first to go in for documentation of the present and the immediate past, and today the documentation of our immediate past is a major target area for De Heibergske Samlinger - Sogn Folkemuseum.

In addition to the museum premises at Kaupangerskogen, the museum owns Stedje mill, the private home Elvhaug, a smallholding at Eidet with a boat-building workshop, and a gate saw at Tingastad, all located within the municipality of Sogndal. 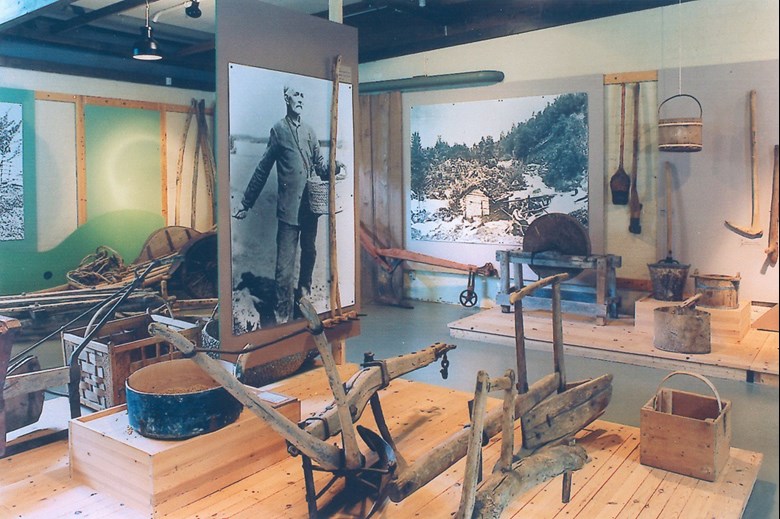 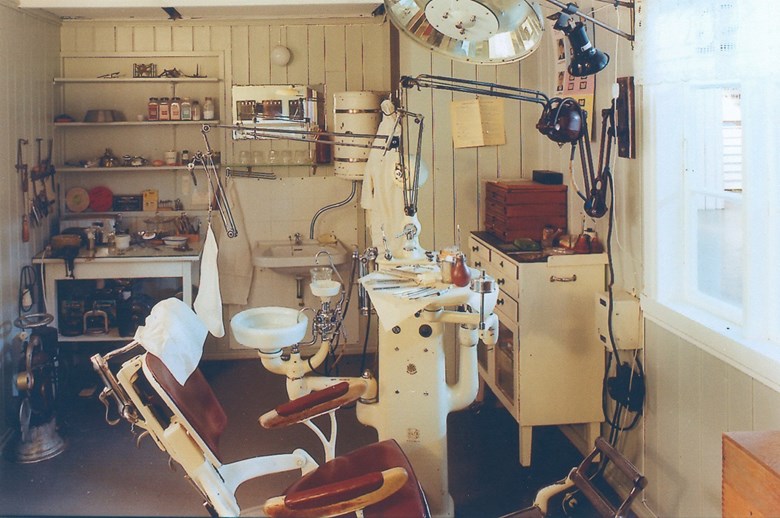 Some of the buildings in the open-air museum. House from Kvitevoll in Luster, from about 1840, with a dovecote from Nedre Amla to the right, and a rowboat from Sogn in the foreground to the left.
Owner: De Heibergske Samlinger - Sogn Folkemuseum. - Date: 1998. - Photographer: Ragnar Albertsen.
De Heibergske Samlinger - Sogn Folkemuseum.
1998.
Ragnar Albertsen.

From the yard called 'Midtre Sogn' at the museum. 'Stavedalstova', a private house from Stavedal in Vik, built in the 17th century. The house was moved to Amla in the 1950s, and moved once more to the new museum premises at Vestreim in the late 1970s.
Owner: De Heibergske Samlinger - Sogn Folkemuseum. - Date: 1998. - Photographer: Ragnar Albertsen.
De Heibergske Samlinger - Sogn Folkemuseum.
1998.
Ragnar Albertsen.