During the second half of the 1800s, there was a large-scale rise in Norwegian national culture and intellectual life, and at the head were the "radicals" of the time: language activists, liberals, and Jaabæk's farmer friends. Two of them came from Holmedal: Ola Bakke and his son David Bakke. 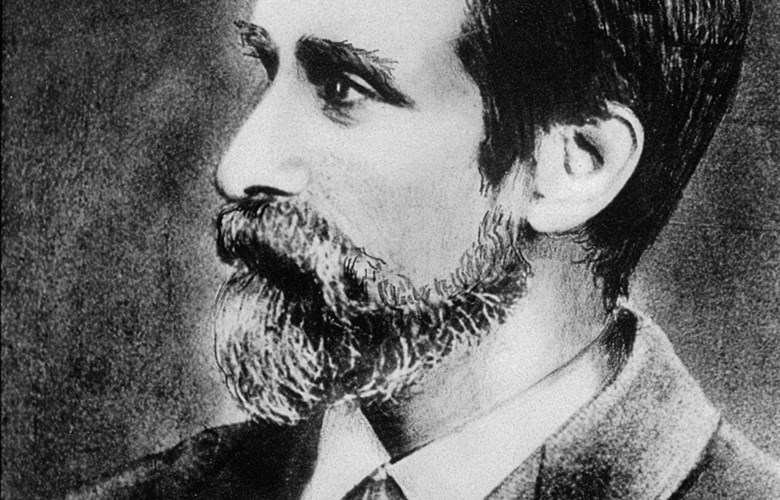 In the "Målreisingssoga for Sogn og Fjordane" (history of the language movement in Sogn og Fjordane) by Anders A. Lothe, Ola Bakke (1816-95) is described in those words. Ola was a bright boy, who only at seventeen was set to work as a schoolteacher at Holmedal. And although he had to give up teaching after a few years, he accomplished a great deal. At his home farm, Bakke was able to push through a redistribution of the infields in 1863, believed to have been the first in the Dalsfjord district. He owned a seine and a sea warehouse, and he fished herring. In addition, he held a number of public offices: elector, deputy member of the Storting (Parliament) , and mayor. In the 1870s, he was one of the initiators of a farmer friends association at Holmedal, and in this way he promoted the work to make the farmers in the area take an interest in politics.

David was Ola's youngest son, but since the older brothers went to America, David came to follow in his father's footsteps as a spiritual leader and politician. David had the opportunity to attend Jens Rolvsson's teaching at the Bondehøgskulen (school for farmers) during two of the winters when the school was in operation. Rolvsson closed down the school in 1874, but he had evidently inspired David and several other students from Holmedal, because in that same year they founded the "Norskelaget" (Norwegian association) at Holmedal. The "Norskelaget" was a language association as well as a youth association, whose aim was "to spread knowledge of and affection for Norwegian patriotism in the neighbourhood, and "to attempt to support Norwegian language, Norwegian politics, Norwegian geography, and Norwegian art" (§1 in the statutes).

When the conflict between the Storting (Parliament) and the cabinet grew more intense in the 1880s, the liberal left founded rifle clubs all over the country. David Bakke took part in the founding of "Firda og Sygnafylkes folkevæpningssamlag" (rifle association), and was later its chairman for many years. He also saw quite early the value of effective propaganda for the liberal movement and the Norwegian patriotic movement. In 1887, he was one of the founders of "Firda og Sygnafylkes Avis" (newspaper) in Bergen, and for some time he lived in Bergen as its editor.

In the historic year 1884, David Bakke entered his career as a local politician in the municipality of Fjaler. Twelve years later he was mayor, and in 1901, he was elected to the Storting for the Liberal Party for the first time. He worked hard for the language cause, road building, and industrial development, and he seems to have been a controversial person.

In his old days, David Bakke left politics and concentrated on his greatest interest, history research. This science was at the time in its infancy, and there was much undone. David took part in the founding of Sunnfjord sogelag (history association), and was the chairman for a long time. He collected material in order to publish a local history of Fjaler, but did not live to see the book in print. David Bakke died in 1935, 78 years old, and only 14 years later Fjaler sogelag was able to publish "Fjaler i gamle dagar" (Fjaler in the past), based on his manuscript.