In the spring of 1942, 10 Norwegian ships left Gothenburg heading for England. Only two managed to break through the German blockade. Many ships were scuttled (deliberately sunk) by the crew to prevent them from falling into the hands of the Germans. The crews were taken prisoner and ended up in prison camps in Germany. Bernhard Reksten from Flora lost his life in a prison camp in Poland in the spring of 1944. After the war, his urn was brought back home and he was buried in the graveyard at Reksta. Relatives and friends later erected a memorial stone on his grave. 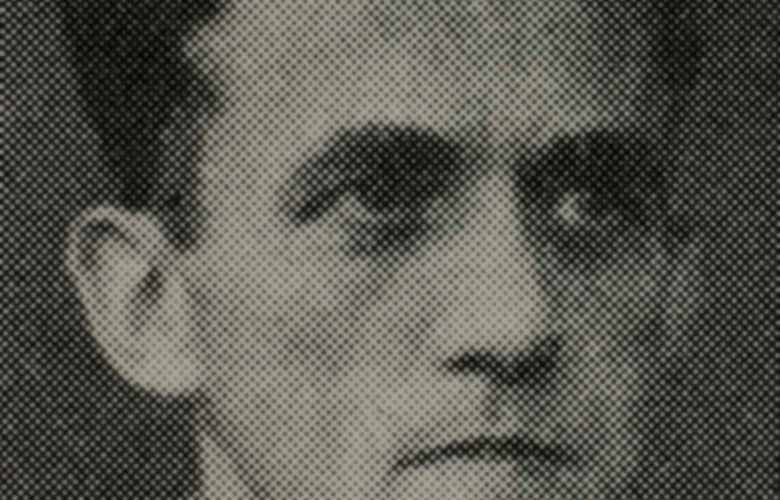 "REKSTEN, BERNHARD NICHOLAI, shipmaster, Tune. Born 1 January 1906 in Kinn, son of Erik and Maren Reksten. Married 1936 at Tune to Judith Harriet Brynhildsen, born 1910. 1 child. Educated as mate and shipmaster. Was shipmaster on MT Buccaneer that was attacked on 1 April 1942 in Skagerrak by German naval vessels. The crew scuttled the ship (deliberately sank it) to prevent it from falling into the hands of the Germans. The whole crew was sent to Germany where he died in Sonneburg in the spring of 1944."

Bernhard Reksten's urn was brought home and buried on 21 November 1949.

The memorial stone and the inscription

The memorial stone on the grave of Bernhard Reksten is made of dark granite with roughly chiselled edges and a polished front. It measures 120 centimetres in height on one side and 110cm on the other, it is 63 cm wide and 30 cm thick.

At the front under a cross is written: 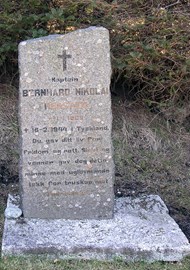 The Kvarstad ships is the name of ten Norwegian ships that after the German attack on Norway on 9 April 1940, were arrested (in Swedish: kvarstad) in Swedish ports until March 1942.

The British and the Norwegian government in London wanted to get the ships across to England, whereas the Germans tried to prevent this. After negotiations, the ships were rented out to the UK in the summer of 1941, and the arrest was consequently lifted. The challenge remained to get the ships through the German blockade. In Operation Performance, the ships left the port of Gothenburg at Easter 1942. It actually turned out to be a terrible performance. Only two ships managed to break the blockade and reach British ports, two were sunk by German bombers, four were scuttled and sunk by their own crews, whereas two managed to return to Swedish ports.