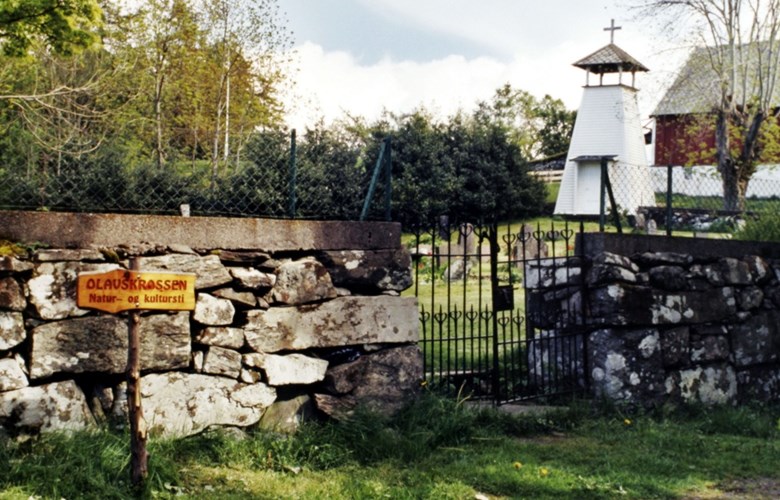 Names and grave monuments
At the churchyard gate we find a wooden signpost with the inscription:
THE OLAV CROSS * Nature and culture trail

The Olav cross is a stop and an attraction in the marked nature and culture trail on the island. The trail from the signpost leads through a wrought-iron gate to the opposite side of the churchyard. By the churchyard wall there is an information board on the stone cross. 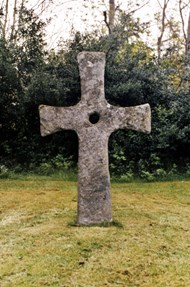 However, there are more points of interest at the churchyard apart from the stone cross: the graves in tidy rows, old and more recent ones,
of various types of material - wrought iron, processed stone and natural stone,
of various shapes and colours,
names, dates, and years, and on some a little more information, inscriptions that are easy to read, whereas others are grown over and more difficult to understand.

We can read the names of those who got their final resting place here, Christian names and family names, and on some there are titles:
Svanøe, Helling, Helmers, Styker, Lystad, Valvik, Tveit, Tyvoll, Ulleland, Svortevik, Kvalstad, Holthe. Most names reveal people who moved here, settled down or lived here, died and were buried. 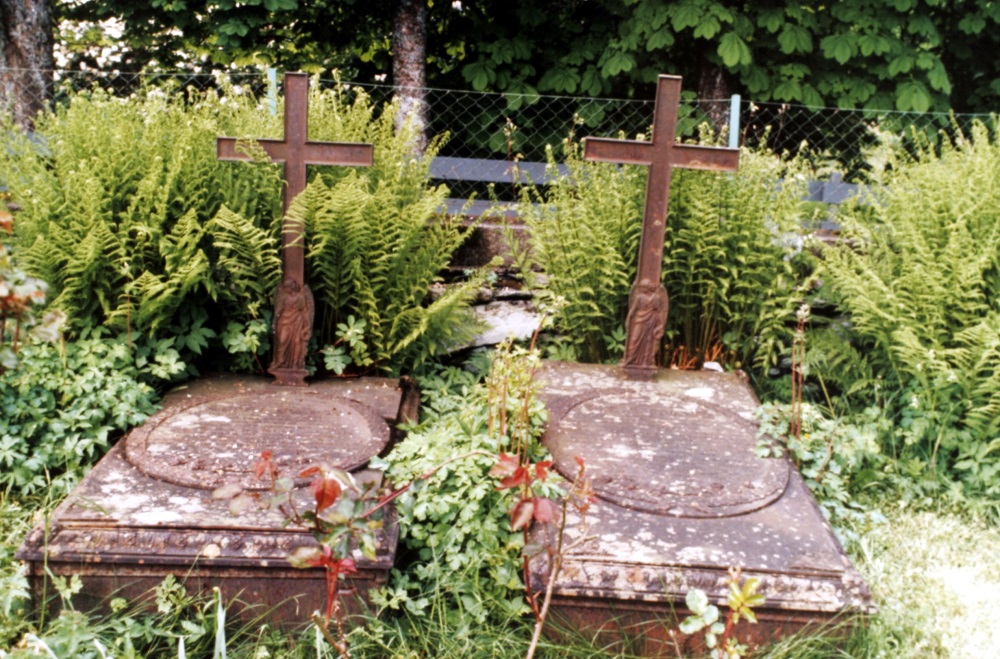 The oldest grave monuments - reflect differences among people
The oldest grave monuments are made of wrought iron with frames, "coffin lids" and cross. These monuments reflect differences among people. Most people could not afford such expensive memorials. Individual grave monuments did not become common practice until the mid 20th century. Earlier the graves of the not so wealthy persons were at best marked with small stones with letters and years. In addition, the graves were reused all the time, on the island of Svanøy as was the case elsewhere. In order to get enough space for new graves, it was for a long time usual to add more soil on top rather than extend the area.
In this way, only the biggest and most expensive grave monuments "survived", and this was the case at Svanøy as well. The two oldest grave monuments are found on the graves of the first generation of the Svanøy family, Ole Torjussen Svanøe and his wife Kjersti Amundsdotter, née Korsbøen.

The ground on the churchyard is now fairly level. This was not the case after the church was torn down in 1872. Then the church site was like a hollow, but this was filled with soil the following year. This meant that the church site itself could be used for graves. In the minutes for the municipal council, we find this record under case 23, 16 October 1873:
"Chr. Svanø said that the part of the graveyard where the church stood, needs to be filled. In this connection, the following unanimous decision was made: Chr. Svanø undertook at a pay of 60 - sixty - "speciedaler" to fill the churchyard referred to above with an average of 1 ell (two feet) of soil."

The memorial on the grave of Hans Olsen Svanø. It has the following inscription:
UNDERNEATH ARE HIDDEN THE * EARTHLY REMAINS OF * HANS SVANØE * BORN 19 JUNE 1818 * DIED 24 DECEMBER 1904 * I THEE COMMAND SWEET JESUS * MY SOUL IN YOUR POWER IN LIFE AND DEATH * THAT SAVED FROM THIS VALE OF TEARS * IT WILL BE RECEIVED IN THE HEAVENLY HALL * WHERE I CAN SEE GOD FOREVER * AND THANK AMONG GOD'S CHILDREN (?) * PEACE BE WITH YOUR DUST * BLESSED BE YOUR MEMORY