The Wiese house at Dombestein

The farm Dombestein is located on the southern side of the Nordfjord between Davik and Isane in the Davik parish. Ancient finds show that people have lived there since time immemorial. In 1850, the farm was turned into a centre for the then Davik municipality with a trading post and inn, post office and steamer stop. Nowadays the Wiese house reminds us of the important position Dombestein used to have. 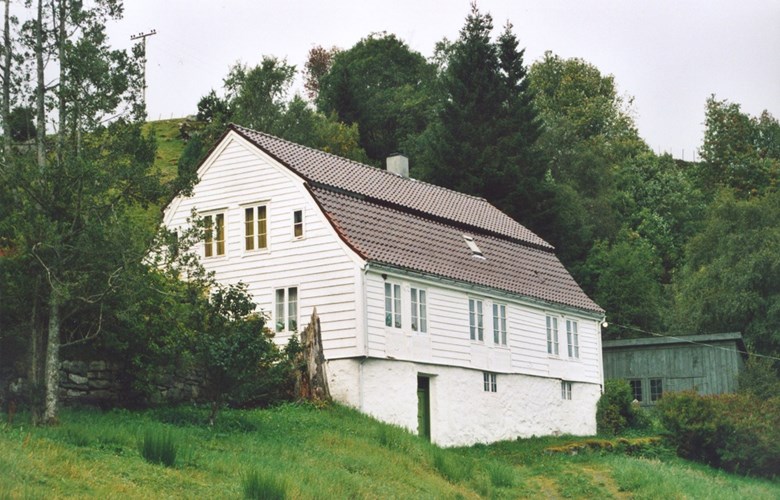 The Wiese house as it looked in the summer of 2002.

In the municipality of Davik there were two dominating trading posts; Rugsund and Bryggja. But gradually trade and inns were also established elsewhere in the municipality. On 1 June 1838, Jørgen Martinussen Dombestein applied to the local council to get permission to run a trading post and inn at Dombestein. His application was turned down, however, on the grounds that the two existing trading posts were enough to provide the areas with the necessary goods. The following year, Ola Olsen Indre-Isane applied for a licence to run an inn at Isane, but this was turned down as well.
In 1841, Jørgen Dombestein once again applied for permission to run a trading post and an inn, and this time the local council gave him a licence. However, he was not allowed to sell liquor. According to the local council, a trading post and an inn at Dombestein would prove to be a highly suitable location in relation to the Eidfjord and the Gloppefjord. Many people from the eastern villages of Nordfjord sailed past Dombestein on their way to the fisheries at Vågsøy and Bremanger, or were on their way to and from Bergen with goods. However, it does not seem as if Jørgen Dombestein was doing a brisk trade as there is no reference in the 1845 census to any tradesman at Dombestein. 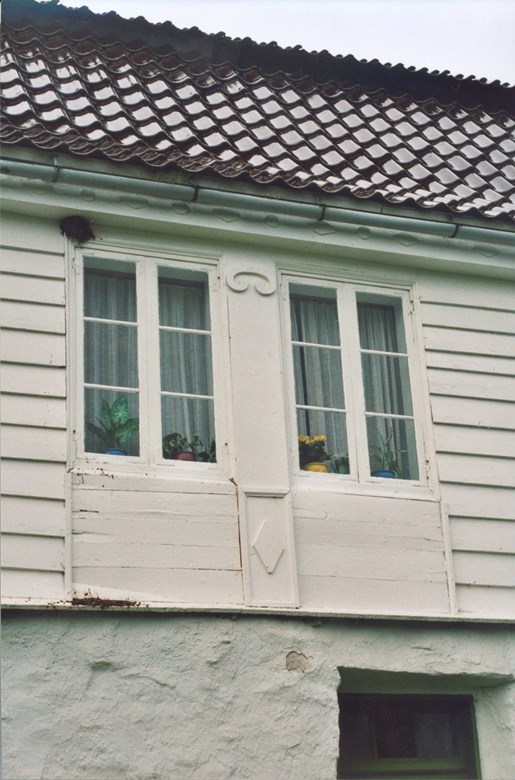 In 1847, the carpenter Halvor Bø applied for permission to run a trade and inn at Dombestein. His application was recommended and Bø built a big residence where he could both run a trade and an inn. Admittedly, Bø risked more money than he could afford, and after a while he went bankrupt. In 1857, J. C. Wiese applied for a licence to run a trading post and an inn at Dombestein. He got his licence and he took over the house that Bø had built and ran his business there.
In the 1865 census we find Johan C. Wiese as a tradesman at Dombestein. He was then 63 years old and a widower. A daughter and two sons still lived at home, and they also had a maid.
In the same census we find Knut Jørgensen Dombestein. He is referred to as a "free trader", 32 years of age and unmarried. In 1873, he applied for a licence to sell beer and wine, but his application was turned down. In the same year, Isak Seim applied for the same type of licence. The local council recommended his application, but the tax collector turned him down.

In 1874, there were only three innkeepers in the municipality of Davik who were licenced to sell beer and wine. These were the tradesman at Rugsund, the tradesman at Bryggja and the tradesman Wiese at Dombestein. In addition, four others had permission to run a trade.
Johan C. Wiese died in 1876 and it was his son Petter C. Wiese who took over the trading post. In 1877, he received permission to run a trade and an inn at Dombestein. Wiese ran the business there until about 1892. In 1893, he lived at Rugsund and tried to transfer his licence to Rugsund, but this was rejected. After this, it does not seem as if there was any more trading activities at Dombestein.

When the local steamship company Fylkesbaatane established regular services between Bergen and Nordfjord in 1858, Dombestein was included as a so-called * (asterisk) stop. An asterisk stop is a place where the steamer makes a stop only if there are passengers and goods to be delivered or picked up. However, two years later, Davik had taken over as a steamer stop for this area. About 1890, Dombestein was once more reintroduced in the timetables as an asterisk stop. Since that year, Dombestein had been a stop for local boat services in Nordfjord until 1968. By that time, Dombestein had been connected to the road network.
When a new post office was to be established for the southern part of the municipality of Davik, the choice was between Davik and Dombestein. On 1 November 1858, a post office was opened at Davik with the vicar Meyer as postmaster. At Dombestein they had to wait until 1 April 1887 before a post office was established with shopkeeper Petter C. Wiese as postmaster. The post office was shut down on 30 September 1895 after Wiese had moved from the place and had ended his business activities there as a tradesman and innkeeper.
On 5 May 1931, a sub-post office was established at Dombestein, and when it was closed down in 1968, it had the postal code 6733 Dombestein. The first manager of the sub-post office was farmer and rural postman Kr. Elvebakke. In 1968, then, Dombestein lost its sub-post office and the same year it also lost its boat connection.

Owned by the Seime family

In 1898, Anders Korneliussen Seime from Breim bought the properties of Petter C. Wiese at Dombestein. Seime worked as a farmer and carpenter. Holding #4 under the farm Dombestein has since then been owned by the Seime family.
Willy Iversen from Bergen writes that he during the Second World War was sent to Dombestein. A number of children from Bergen were at that time placed in safer surroundings in the country. Iversen has ever since that time wondered why such a small farm had such a large residence and asked the County Archives whether we knew anything about it. He did not know that the place had been a trading post and an inn, but he remembered that it was called the Wiese house. Owing to Iversen's questions, this article writer started to collect information and source material on the farm Dombestein, which in turn led to the writing of this article.

The residence that the carpenter Halvor Bø built when he established the trading post and inn at Dombestein in 1847. Bø had previously worked for the Wiese family at the trading post of Osmundvåg. After about ten years, Bø went bankrupt, and Johan C. Wiese then bought the place and continued the business activities. The house is called the Wiese house after this family.
Owner: Fylkesarkivet, SFFf-91030.0015. - Date: Ca. 1950-1960. - Photographer: Ukjend.
Fylkesarkivet, SFFf-91030.0015.
Ca. 1950-1960.
Ukjend.