In the summer of 1666, an English privateer forced some fishermen to pilot them to Utvær, where the chapel was looted. The fishermen were tried in court in the autumn session in 1667, and the sentence had grave consequences for them. 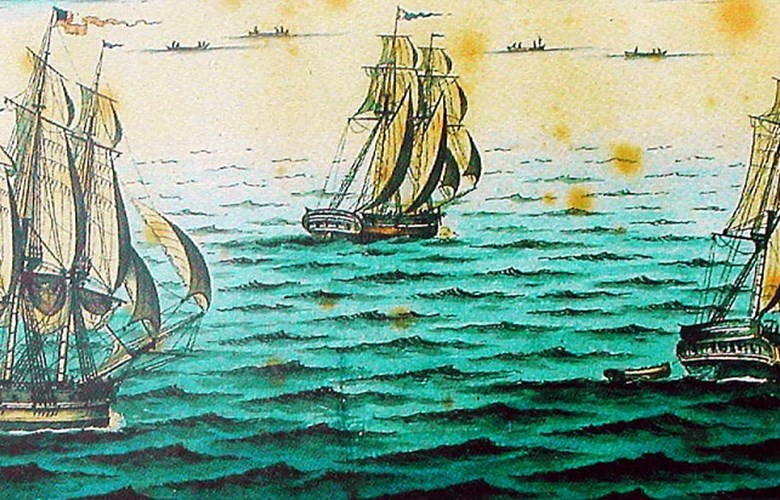 Detail of "Prospekt av Kristiansand (prospectus of Kristiansand)", made by J.L. Dreier in 1824. These are Norwegian privateers from the wars against England 1808-14. The English privateer which came to Utvær in 1666 must have looked much like this.

The caper is coming

One day in the summer of 1666, a large fishing fleet was hauling coalfish ¾-1 nautical mile off Nautøy, probably at the fishing ground of Synstegrunnen. Then they became aware of a warship further out at sea. The fishermen immediately seized their oars and rowed ashore, as they were ordered to do in cases such as this. However, two boats with in all six men on board stayed behind for a while. When they called it a day and wanted to go home, the English were blocking their way, and they could not get anywhere.

The chapel is looted

Nils Rørdal was held prisoner on board the privateer for a good half hour. Meanwhile his neighbour Johannes was abducted by force on board the ships boat of the privateer and ordered to pilot them to Utvær. There the Englishmen looted the little of value they could find in the chapel. They also did some damage to the church. When the privateer had arrived at Utvær, they set Nils free. But Lasse Nautøy, who had taken to his oars, was seized and ordered to pilot the Englishmen to Husøy.

The innkeeper has great valuables

When Nils was set free, he rowed to Nautøy to warn the traders there. They had already had word, and one of them started to hide his belongings. The innkeeper Jan Meyer, however, did not take the warnings about the privateer so seriously at first. However, when Nils arrived, Meyer was in the boat with a box and two caskets, where he kept valuables and money. They then agreed that Nils should take Meyer's belongings with him home to Rørdalen and hide them there.

The privateer comes to Husøy

The English sailed eastward from Utvær. The boat was soon so close that Nils decided to go ashore on an islet and hide Meyer's things there. This was observed from the privateer. They entered the ships boat, rowed to the islet, and took possession of the box and the two caskets. On its way to the shore at Husøy the privateers also seized Jan Meyer. He had loaded his boat with goods that he wanted to secure. All of this now ended up in the hands of the privateers.

The fishermen were prosecuted because they had disregarded the royal decree to get ashore immediately when they discovered enemy ships at sea. In addition, Meyer argued that Nils Rørdal was responsible for the loss of money and valuables worth 200 dollars. The case was heard in the autumn session in 1667.
The court decided that Nils og Johannes Rørdal and Lasse Nautøy only had themselves to thank when they had assisted the privateer. All three were therefore found guilty of treason. Johannes and Lasse were fined, payable in silver, while Nils was handed over to the King. Besides, he was sentenced to repair the damage done to the chapel, when it was legally appraised. It is not known whether Nils was executed or was pardoned. But Meyer's complaints against him were not heard. 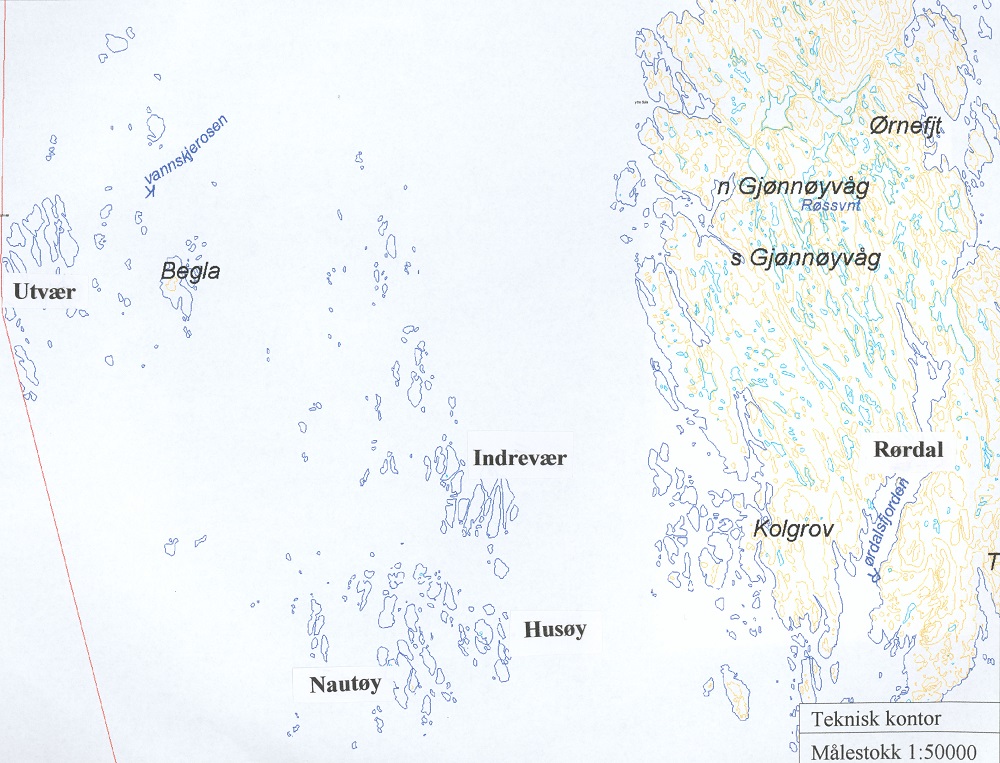