Few but various types of jewellery and personal objects have been found at Ytre Moa. These objects demonstrate that the people who lived at Ytre Moa produced a surplus which made it possible to trade or barter goods from elsewhere. The most interesting and surprising aspect of the finds at Ytre Moa, however, is that they may have made their own jewellery and other metal objects. 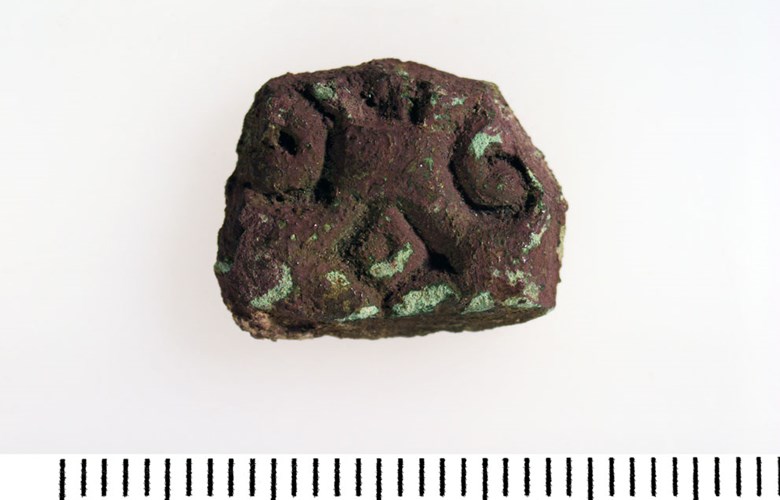 Fragment of a trefoil brooch from Ytre Moa, probably of the same type as seen in the illustration to the left. This is the most common type of jewellery from the younger Iron Age together with ring-shaped brooches and oval brooches. (Photo: The County Archives of Sogn og Fjordane).

The pendant is decorated with animal ornamentation in the Borre style. On this basis we can date this piece of jewellery to about 900 AD. The most interesting point about this brooch is that it is unfinished. For example there is no hole or lug for attaching it to a chain, and there are traces of filing on the back. This brooch was found in house site B. Other finds in the same site were a small file, two chisels, a hammer, an auger and a drill. These are all tools used for working with metal, and then mainly for fine and detailed metalwork. In addition, smithies slag has been found at Ytre Moa, admittedly in small quantities, but collectively these finds may indicate that exquisite metalwork has been carried out at the farm.

In addition to brooches and pins it was also usual to decorate themselves with beads. At Ytre Moa eight beads have been found, one of metal and the others of glass. They vary in size and form (spherical and cylindrical), colour and décor. Both mosaic beads and simple glass beads were taken into use as early as in the Migration period (from 400-600 AD), but the ones found here are of a type common in the younger Iron Age (600-1000 AD). 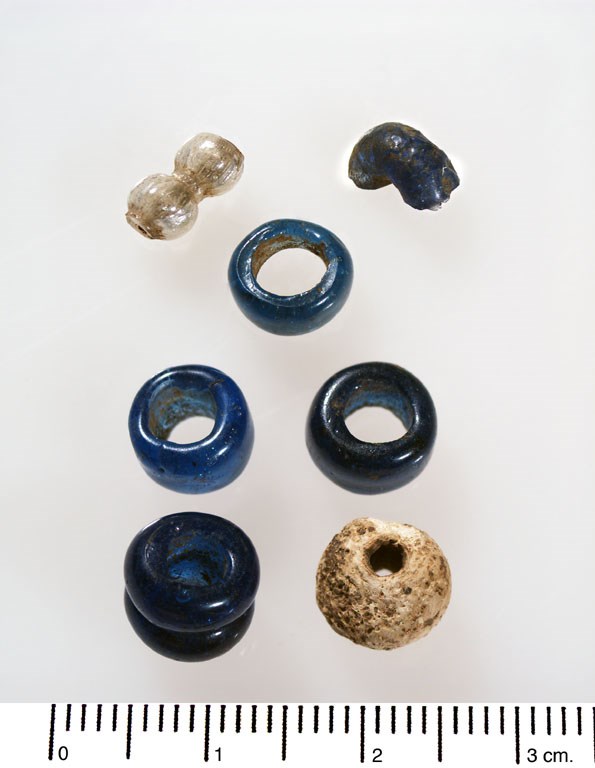 Among other personal objects found at Ytre Moa, it is worth mentioning the razor knife. This is made of iron, and the point is rolled up in a spiral. Razor knives of this type can generally be dated to the Iron Age (500 BC – 1000 AD).

Trefoil brooch from the Viking Age. This type of trefoil brooch was usually worn by women. (from O. Rygh: Norske Oldsager).

Ring pin from Ytre Moa. Ring pins were used by both men and women and may have been used to fasten cloaks to other garments. (Photo: The County Archives of Sogn og Fjordane).