Wartime drama at the point of Staveneset

Staveneset was a key point during the Second World War. British agents watched the sea traffic and were helped by the local population, which caused dramatic incidents. 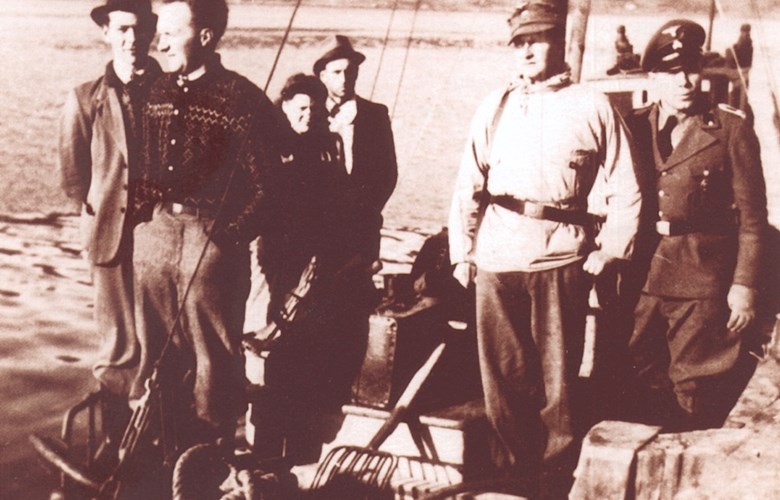 After the arrest at Staveneset in 1945. Two from Fure are standing in the bow, then Oddny and Anton Hollevik, Georg Esswein, and the SS officer Helmut Klötzer. The picture is believed to have been used for propaganda purposes in Germany.

Chester and Petrine Saltskår had just taken over the farm at Staveneset when the war broke out in 1940. They early became involved in resistance work. In the summer of 1941, they lodged people who were under cover waiting for transport across to Scotland on a fishing vessel, among them Per Hysing Dahl. In England these people could report that the people at Staveneset had the "right" attitude. 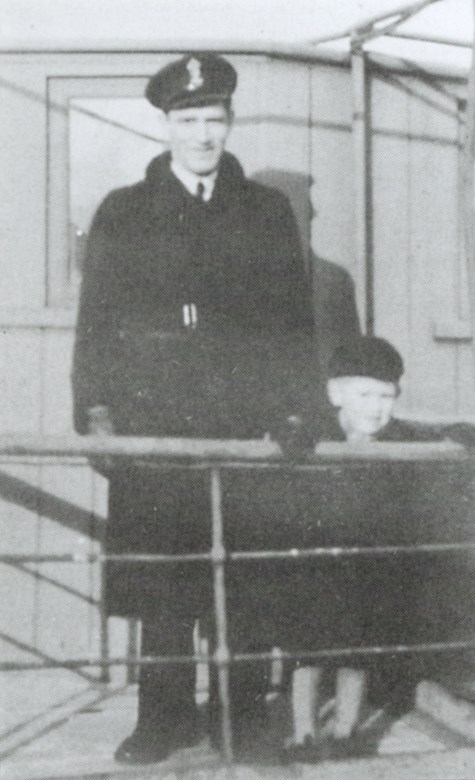 For the British intelligence service it was essential to be able to monitor the German sea traffic. In March 1942, the agents Eivind Viken and Ole Snefjellå arrived. They were going to stay and operate a wireless transmitter up in the scree, so no-one knew of their whereabouts. They were given a hot meal by Petrine in the middle of the night, but only when there was no snow. Footprints were banned. A tarpaulin sheet in the same colour as the rock was put in front of the cave to hide their whereabouts. 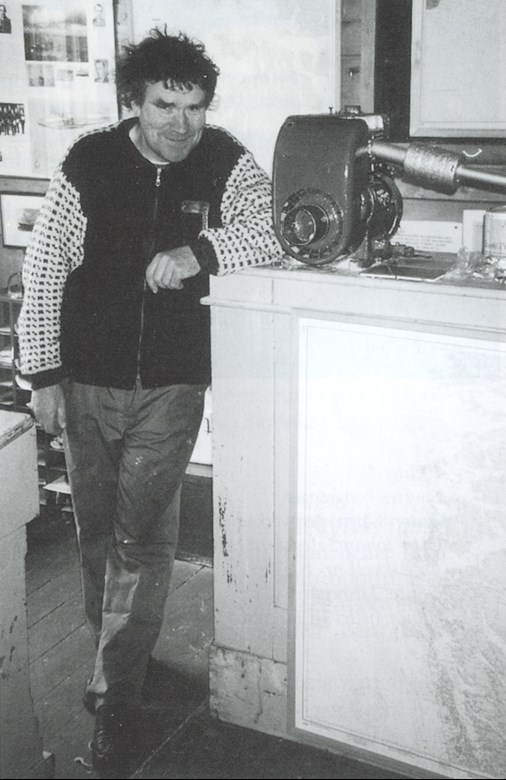 Escape to the west

Yet other circumstances made the agents' feet hot. On the islands to the west of Askvoll the Germans had exposed other underground activities, where people who had assisted the agents were involved. It was only a question of time before the arrests would come. Chester Saltskår got wind of this, and warned the agents at once. The agents sent message that they needed to be taken out, along with the family at Staveneset, and during the night to 23 May 1942, while the German guard vessel was on the Stavfjorden, the escapees were taken out in a rowboat to meet the seaplane which had come across from Scotland. The wireless equipment was in the boat, but in the rush it was not loaded on to the airplane. By good luck some Norwegians found the boat before the Germans, and they ditched the equipment.

The network that the Secret Service built along the Norwegian coast had to be changed constantly because of German radio intelligence. In 1944, it was considered fairly safe to try new transmissions from Staveneset, and two new agents, Dagfinn Ulriksen and Ivar Møller, were brought over. Chester's sister, Oddny Saltskår, and her boyfriend, Anton Hollevik, had now taken over the farm at Staveneset, and Chester persuaded them to take care of the spies. 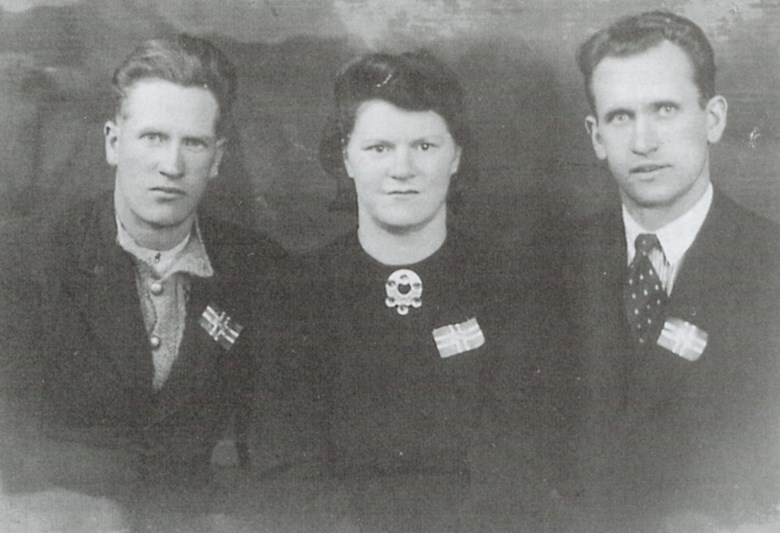 As time went by, it was more difficult to keep the activities at Staveneset secret. People talked, and Møller and Ulriksen therefore went back to England. Oddny and Anton were offered to come along, but they declined because they feared what the Germans might do to Anton's family. A short time later they were informed on by a local, and on 17 March 1945, they were arrested by the Gestapo. They underwent severe torture before they were sent to the prison camp at Espeland outside Bergen, where they remained until peace came. Probably it was only a question of time before they were executed.

Hans Hollevik, Oddny neé Saltskår, and Anton Hollevik. The last two were arrested by the Germans on 15 March 1945, having been informed on by someone. Both were tortured during the interrogations. After some time they were taken to the prison camp at Espeland outside Bergen. They were released on Peace Day, 8 May 1945.
Owner: Olaf Johan Saltskår. - Date: 1945. - Photographer: Ukjend.
Olaf Johan Saltskår.
1945.
Ukjend.

John Maurice Turner was the son of the English manager of the aluminium factory at Stongfjorden, Maurice Turner.
J. M. Turner joined the Secret Service in London and became deputy commander of "the Scandinavian Section". His job was to pick people and stations for them along the coast of Norway.
Owner: Olaf Johan Saltskår. - Date: 1940-45. - Photographer: Ukjend.
Olaf Johan Saltskår.
1940-45.
Ukjend.