When were you born, asked the journalist who interviewed Bernt Tunold in 1934. In 1577, replied Tunold. In 1577, asked the puzzled reporter. What happened three to four hundred years ago is just as close to me as what happened 30 years ago, answered Tunold. Yesterday or a thousand years ago - what does it matter when you are faced with the real values in life, such as friendship values and spiritual values? 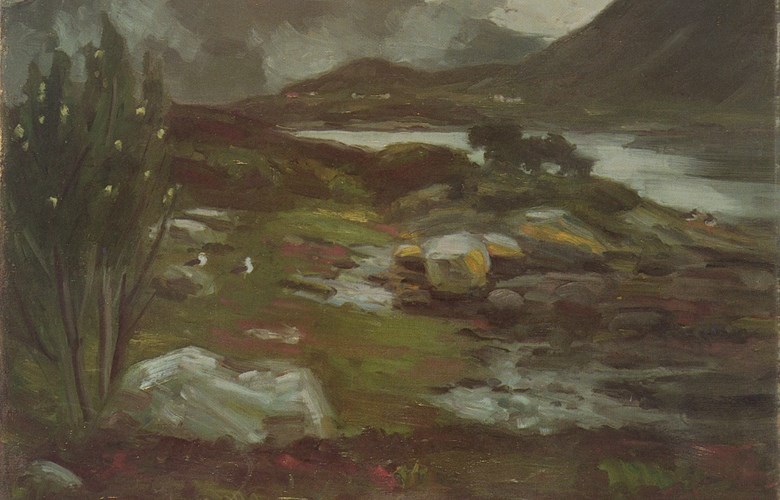 "Spring evening after rain". Bernt Tunold often painted the grey weather so typical of western Norway, as in this picture from Selje in 1939. The painting belongs to the Norwegian King.

The painter from Selje

Bernt Wilhelm Tunold was born on 25 February, 1877 on the legendary island of Selje in the westernmost part of Nordfjord. His father had moved to Selje from Stryn, and his mother came from Åheim in Sunnmøre. The parents leased a small-holding under the vicarage, and there Bernt was born as the youngest of nine siblings. At 18, he moved to Bergen, and there he lived for the rest of his life. However, every year he returned to Selje to paint, and many of his paintings therefore have motifs from his home village. Bernt Tunold died in Bergen on 23 January, 1946. 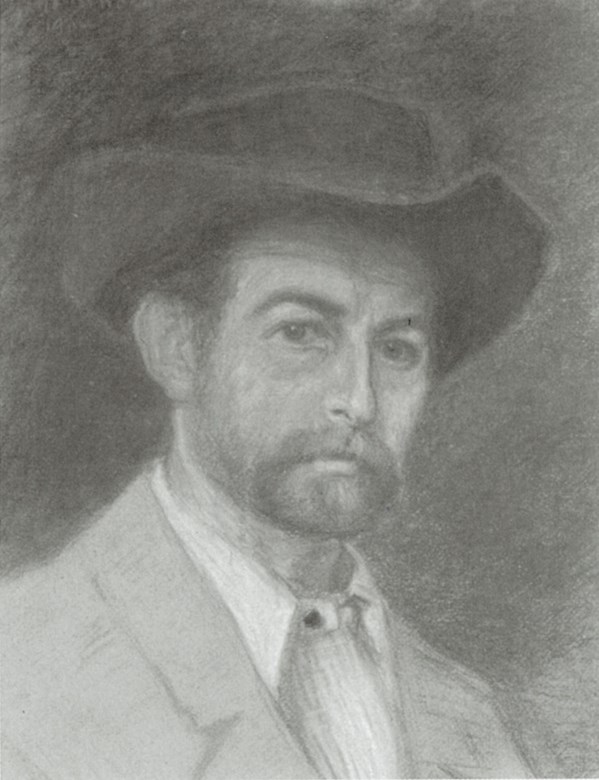 From subordinate officers' school to a painter's education

In Bergen he studied at the subordinate officers' school for two years. Then he got a job as a secretary at the Court of Appeal in Bergen. But drawing and painting were foremost on his mind, and in the autumn of 1901, he became a student at Henrik Asor Hansen's school for painters. The two seasons he spent at the school, in addition to some drawing lessons by the painter Olav Rusti, constituted Tunold's painting education.

Native of western Norway and folklorist

Whereas other artists left Norway to go to Europe and become influenced by the new and modern artistic currents, Bernt Tunold stayed mostly behind in western Norway. He depicts the west-Norwegian countryside in greyish tones and juicy shades of green, frequently called Tunold green. His keen interest in the rural culture and everyday life in the Nordfjord villages turned him into a folklorist as well, in addition to being a painter. He was preoccupied with tapestry, wood carving, plant dyeing, and the old traditional costumes from Nordfjord. He disliked very much that the farmers' houses were redecorated in a modern style, and that the exterior of the houses was painted white. 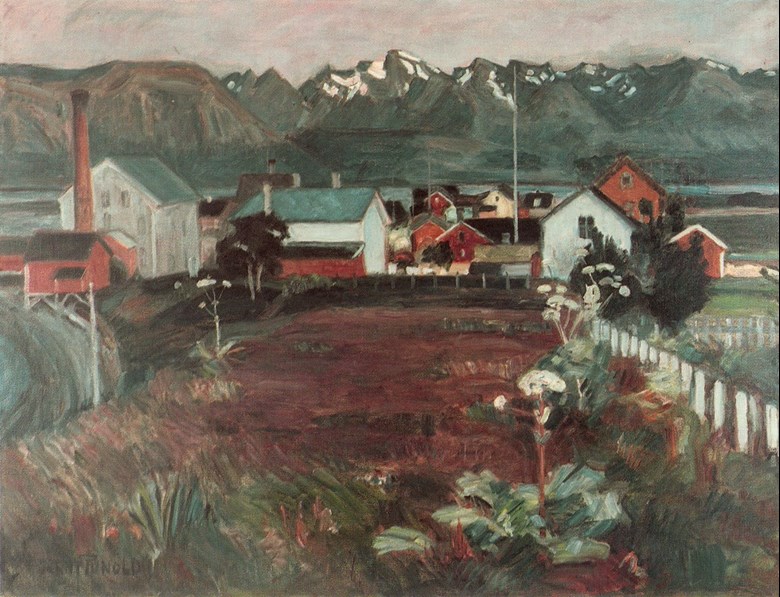 In 1916, Tunold settled down in the village of Hyen in Nordfjord. He bought an old smoke cottage where he lived for almost four years. Many of his pictures from this period have motifs from the old cluster farmyard where his smoke cottage was located, and from the surrounding countryside. In 1920, he married Edel Prøitz. Their first child was born at Hyen. However, difficulties arose as to the purchase of the ground under the cottage, and Tunold dismounted the cottage and moved it to Selje where he leased a site under the vicarage. After a while he was forced to sell the cottage for economic reasons. The author Sigrid Undset was one of the persons interested in buying his cottage, but nothing came out of it as she was not allowed to buy the site. When the cottage was sold, the Tunold family moved to Bergen where he spent the last 20 years of his life.

In the last 25 years of his life, Tunold travelled around in western Norway with his paint box for most months of the year. He did not only paint landscapes on his travels, but also still lifes, portraits, and interiors. 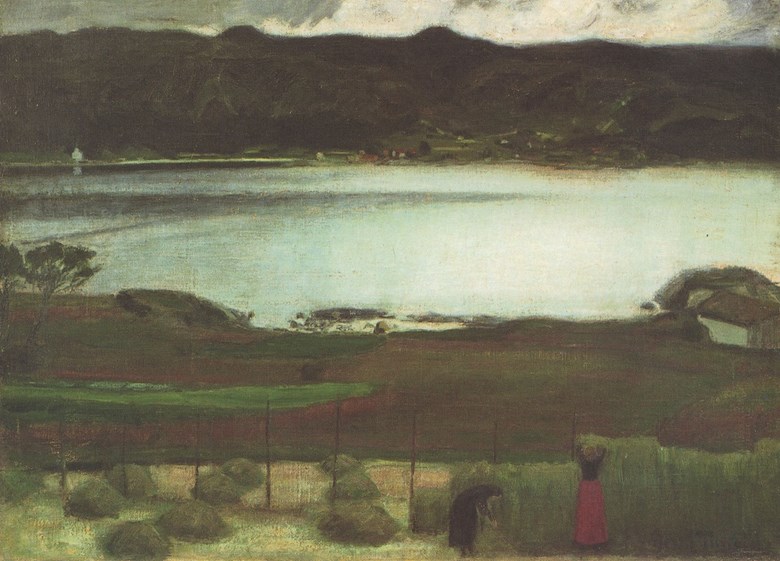 Bernt Tunold often painted, and in various seasons, the view from the home of his childhood at Selja towards the mainland with the church and the beach. This painting is called "Summer at Selje" from 1910. In the background to the left you can see the church with the beach further to the right. Maybe it is his mother and one of his sisters who are outside haymaking.
Owner: I biografien <i>Bernt Tunold.</i> - Date: Truleg 1913. - Photographer: Bernt Tunold (målarstykke).
I biografien <i>Bernt Tunold.</i>
Truleg 1913.
Bernt Tunold (målarstykke).
resources:
Wiig, Einar: Bernt Tunold. Nord 4 Bokverksted. Bergen 1991
Simonnæs, Olav: Vestlandsmålaren Bernt Tunold. I: Årbok for Nordfjord. 1951.
Aschehoug og Gyldendal: Store Norske konversasjonsleksikon.
Stabell, Waldemar: Bernt Tunold 1877 - 1977. I: Magasinet kunst og kultur