The Ervik service - a centuries-old tradition

In the summer of 2003, a large number of people attended the Ervik service. The vicar gave a brief account of the tradition around this annual sermon on the churchyard at Ervik. His account was mostly intended for new generations and visitors. The Ervik sermon goes back hundreds of years. In 1746, the vicar writes about a regular service from "ancient times" at Ervik. 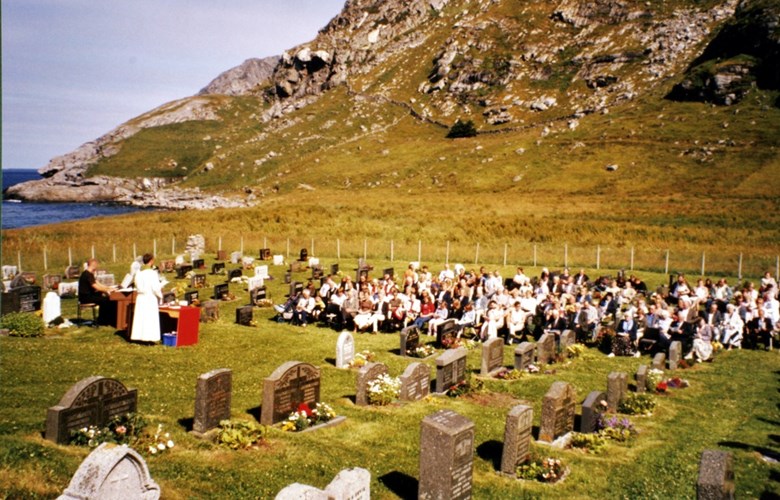 From the Ervik service in 2003 attended by a lot of people in glorious weather.

Peder Harboe Frimann was vicar at Selje in 1745. In the same year he started to write a parish report. Under the heading "strange things about the churches" he writes that at Ervik there has "for a very long time been a consecrated churchyard" and that the vicars since "time immemorial" have travelled out to Ervik once a year to "officiate at a service, either at or just after Christmas". 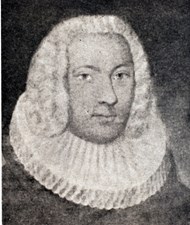 Fifteen years later the vicar Hans Michael Seehus refers to the dangerous road to church for the people of Stad, and that in the winter a service is officiated in a large living room for the fishermen and their families.

Moved to the summer

When Gabriel Heiberg was vicar at Selje (1806-1826) the old custom of having a service in the winter was changed. Dean Wilhelm Frimann Koren (vicar and dean 1826-1875) writes in the parish report why the service was moved to midsummer:

"As the conditions in winter were extremely unpleasant, frequently implying danger for the vicar when he travelled out to this place, the vicar Heiberg changed the custom in such a way that he travelled to Ervik at midsummer. I have continued this practice, but I have usually waited until the Stad farmers have returned from the city to satisfy one of their wishes in this respect."

Funerals and other official business

The church records also reveal that the annual visit by the vicar also implied other business than the service itself. One such business was to officiate at a Christian funeral for those who had been buried since the last visit; another task was to contact the sick and the old. On 12 July, 1866, we find the following item written in the church record:

The centuries-old tradition of an annual service at Ervik has been kept, and the Ervik service keeps up with the times. The congregation magazine "Kyrkjenytt" writes the following about the Ervik service in 2003:

"Many technical innovations make it easier to organize a good open-air service. The organist Per played, the vicar and the reader of the scriptures could use amplifiers and loudspeakers. This makes it much easier to hear everything that is said."

On 8 May, 2005, a special ceremony was organized in connection with the 60th anniversary of the liberation. The room in the bell tower was opened as a room dedicated to commemorate the 21 Russian prisoners of war who were buried on this churchyard in the years 1945-1953.