In 1895, a lighthouse was built at Kvannhovden, and it became operational on 5 November the same year. It had a common wick lamp, and only in 1932, did the lighthouse get a much more powerful incandescent lamp. 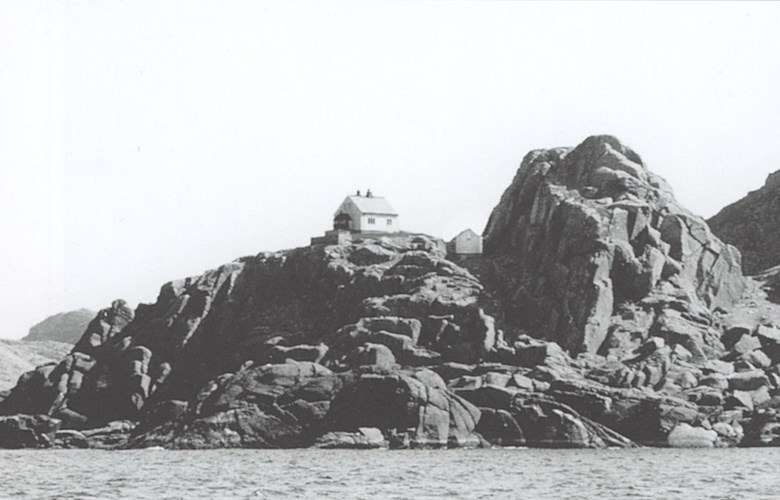 The lighthouse is located on a crag furthest to the west on the island of Hovden in Flora, 40 metres above sea level. It is one of the highest located lighthouses in the country, with a commanding view north and south along the line of sunken rocks and skerries, and west to the open ocean.

The lighthouse station is located on a characteristic crag on the island of Hovden, with the lighthouse at the west gable of the keeper's house, some 40 metres above the high tide mark.
Kristian Johannessen was the first lighthouse keeper. He worked there for 24 years, from 1895 to 1919, and saw the barque "Olga" run aground on 6 January 1918 in the evening. He had 18 "uninvited" guests at the lighthouse that night.
After him came Andreas F. Strømmen 1919-33, Andreas P. Steinnes 1933-46, and Sigurd Wigdel 1946-68. Wigdel was the last keeper to live there with a family, before they started with a shift arrangement. Then followed Knut Myrene 1968-71, and the last lighthouse keeper was Karstein Gimmestad 1971-78. He split the shifts with Andreas Strømmen from Hovdevåg and Einar Skavøy from Ånnøya. These three were the last keepers at Kvannhovden. 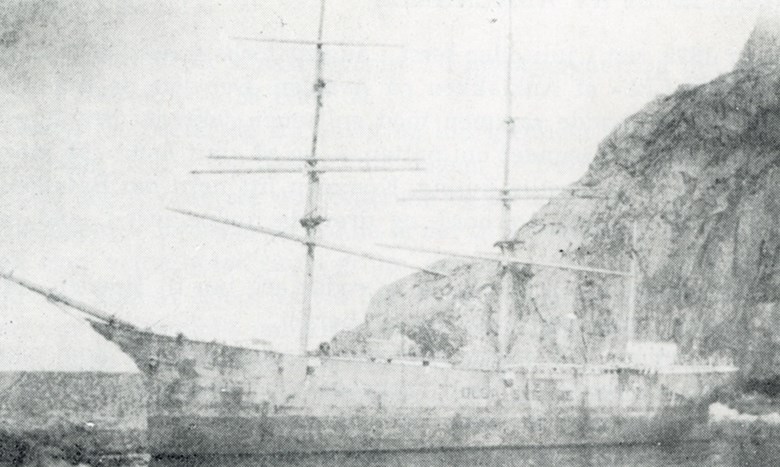 At first, the lighthouse keeper was without an assistant and lived there all year round with his family. After the war, a lighthouse assistant was employed and a separate assistant's house was built in 1949. Only the concrete foundation wall remains of this house. The house itself was sold in 1969 and moved from Kvannhovden to Florø. Martin Domben bought the house, and the house stands today just a short distance to the northwest of the Gaddevågbrua bridge.
For many years, there was farming at Kvannhovden, and there were good crops of grass, if only the hay could be saved from the wind. They needed a lot of forage because there were both cows, sheep and a horse at Kvannhovden. The farm area measured some 30 acres, so it meant much work to cut the grass with a scythe in between the round and sea-polished rocks that are still abundant on this strip of land between Skårekinna and Kvannhovden. Wigdel was the last keeper to do any farming. He had some sheep until he quit in the 1960s.

Kvannhovden got two electric generators in 1960, and was automated with electricity from YFK (Ytre Fjordane Kraftlag) in 1980. Today the Norwegian Coastal Administration has a leasing agreement with the Sogn og Fjordane County Council concerning the use and maintenance of this unique property. It is the foundation "Over Stokk og Stein", Midtgulen in Bremanger, which is in charge of the practical work.

On Sunday 6 January 1918, at about eight in the evening, the Swedish barque "Olga" ran aground at the Kvannhovden lighthouse. Captain Nils Halberg managed to manoeuvre the ship into the bay of Søre Kvannhovdevika where the ship stranded. The crew managed to get ashore and was helped by the lighthouse keeper who led them up to the lighthouse station. The ship was wrecked.
Owner: I <i>Gamalt frå Bremanger.</i> - Date: 1918. - Photographer: Ukjend.
I <i>Gamalt frå Bremanger.</i>
1918.
Ukjend.
resources:
Stavang, Harald J.: Flora - kulturhistorisk vegvisar. s. 270. Florø 1999.
Seim, Einar: Fyrar og farljos. Udatert, ikkje prenta.
Bremanger Sogelag: Gamalt frå Bremanger. Førde 1981.