The royal road across Mannseidet

From time immemorial people have used the road across the strip of land called Mannseidet between the Moldefjord and Kjøde instead of venturing out on the treacherous waters of Stadhavet. A journey across Mannseidet today is a journey through parts of the history of Norwegian road-building. The royal road across Mannseidet was chosen by the local council of Selje as its cultural heritage site in the Cultural Heritage Year 1997. 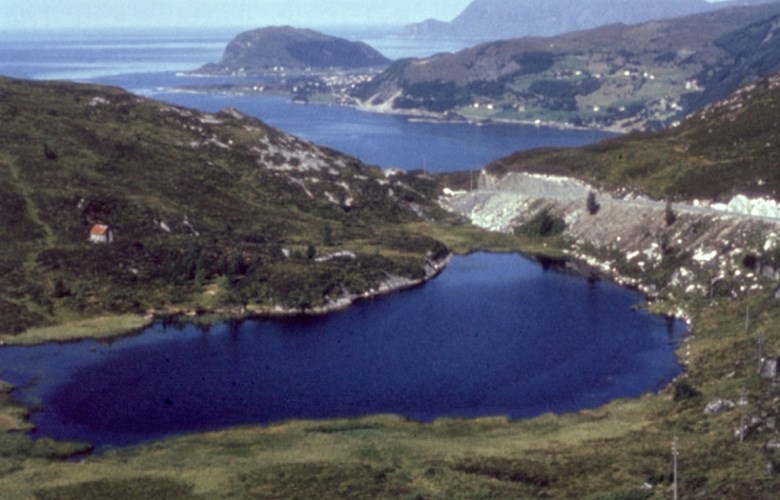 View from Mannseidet towards the holy island of Selja and the waters of Stadhavet.

A piece of Norwegian road history

With the road across Dragseidet the Mannseidet road is most likely one of the oldest constructed roads in western Norway. There is a reference to the road both by Snorri Sturluson and in the Eigil's saga. It started out as a simple footpath, but has later been improved to a road standard called tjodveg (public country road), later on royal road or main road, as demanded by the Gulating laws. These roads had to comply with the demands of riding roads and sled roads. In more recent times, the road has been improved several times. At present it is possible to cross the strip of land in a matter of minutes on a new and modern road.

In Catholic times, the holy sites at Selja were a well-known destination for pilgrims. People went on a pilgrimage to Selja by sea or by land, and it is a fair assumption that many of them came across Mannseidet on their way to the holy island at the mouth of the fjord. In her novel Kristin Lavransdatter Sigrid Undset writes about a place called "Feginsbrekka" (loosely translated as happy hilltop), where the pilgrims on their way to Nidaros (Trondheim) caught the first glimpse of their destination. Perhaps Mannseidet has been such a place, too, for the pilgrims on their way to Selja. One place at the top of the mountain is called "Korsen" (the Cross). There might have been a cross there where the pilgrims could bow down to show their gratitude for having arrived safely.

After the Reformation we know that no fewer than three of the Danish-Norwegian kings came across Mannseidet. The first one was Christian V in 1685, and based on the description, the journey must have made a deep impression on the entourage from the flat country of Denmark:
"This Mannseide is nothing but a terribly high mountain, almost twice as high as the Dovre mountains, and just as difficult to pass -".

The second king to cross the mountain was Frederik IV in 1704. A memorial stone is said to have been erected to commemorate the visit, but the stone has now disappeared. The royal journey we know most about took place in 1733 when Christian VI with the queen, his mother-in-law and an entourage of 150 persons crossed the mountain from Einehaugen at Kjøde to Eide by the Moldefjord. 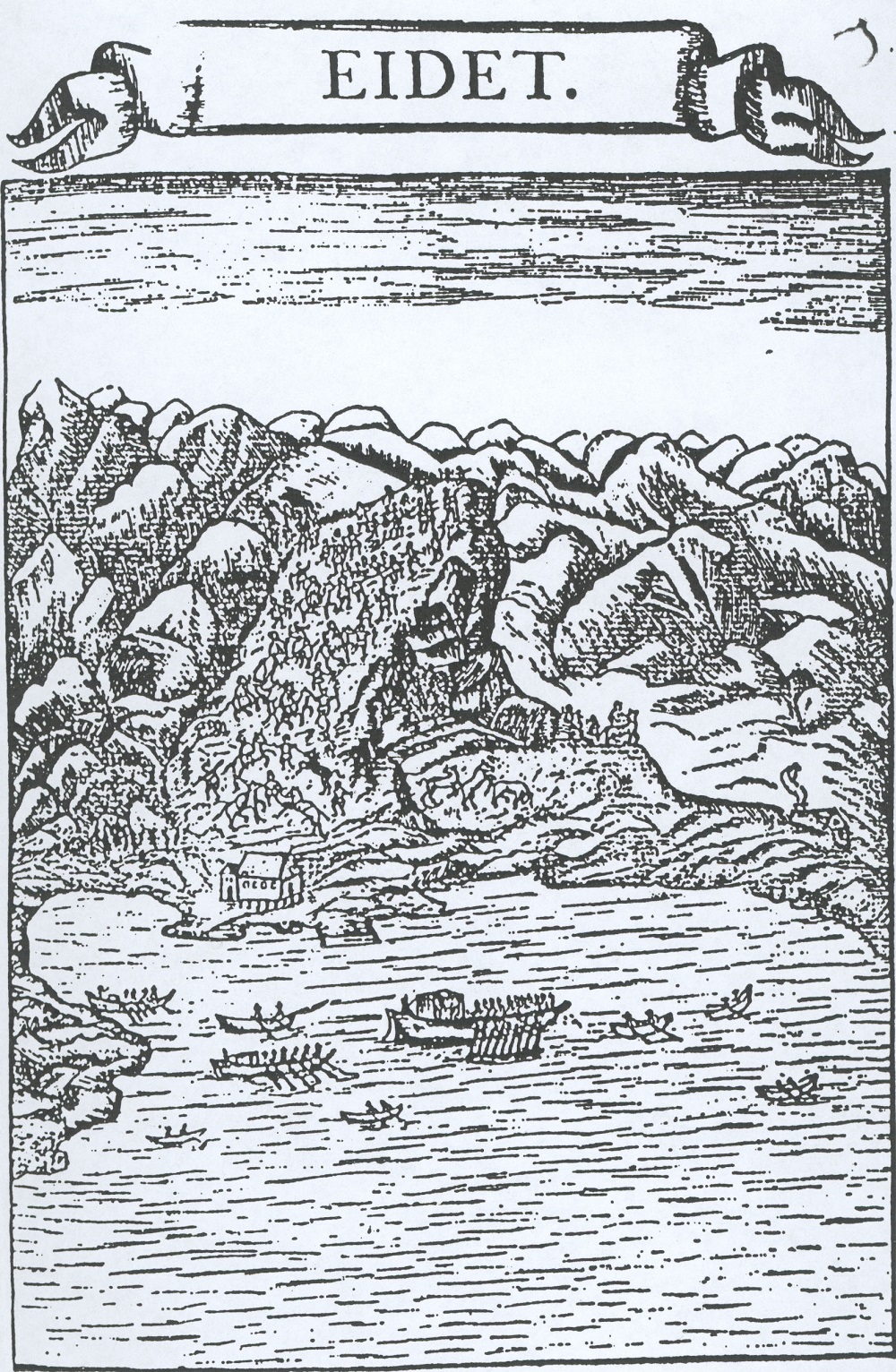 Stones to mark sections of roads

It is easy to understand that the road has been much used when we know that there were posting stations and inns on both sides of the mountain. Local farmers had maintenance duties on their separate sections along the road. At Mannseidet we can still find the old knee-high stones along the road, marking the maintenance sections.

In the years around 1850, the wolf was a problem in this area. In spring, before the animals were let out on the mountain pastures, people combed the terrain by walking in a long line. They started at the tip of Stadlandet and by means of all kinds of frightening sounds and shouts they chased the wolf ahead of them to Mannseidet where a kind of barrier was made from sea to sea. However, this was not in any way a permanent solution to the wolf problem because it turned out that the wolf returned fairly quickly afterwards