Sunnfjord Hotell opened for business in 1968. The initiative was local, many local shareholders were behind it, and the inhabitants of Førde have always been important customers in the most centrally located hotel in the county of Sogn og Fjordane. 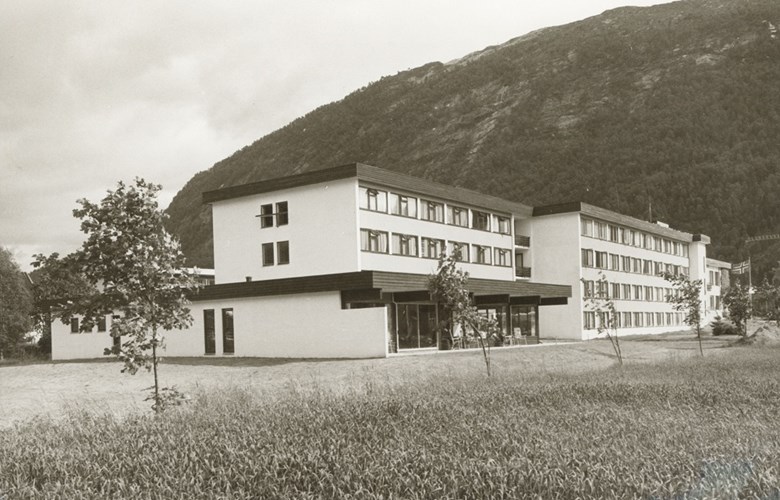 The initiative, and the practical preparation and establishing of the company Sunnfjord Hotell AS (Ltd.), was taken by Førde Næringssamskipnad (municipal office promoting industrial development). This had been established on 19 March, 1964, with Ingvard Hornnes as its chairman. As early as in May, 1964 the building of a new hotel in Førde was high on the agenda. There was great interest in the community, proof of which is that around 450 persons bought shares in the company. In the 1960s, the growth of Førde gathered speed. New business buildings were erected, new businesses started up, Førde was selected as a growth centre, and the population grew. All of this created optimism and confidence in the future. At this time tourism was also growing, and several hotels in the county began to expand.

In 1966, the hotel company was established. Vidar Ødelien, born 1939, with a background in the hotel business, was appointed director in 1967. The hotel in Førde was from the start meant to be a community hotel. The architect of the first phase of construction was Connie Henden. The construction work was performed by the contractor Andreas Hjelmeland. Both architect and contractor were involved in several building projects in Førde at the time. The hotel was opened for business on 1 May, 1968. It had 67 rooms and 143 beds, and it was well furnished with conference rooms, a restaurant, and a cafeteria. 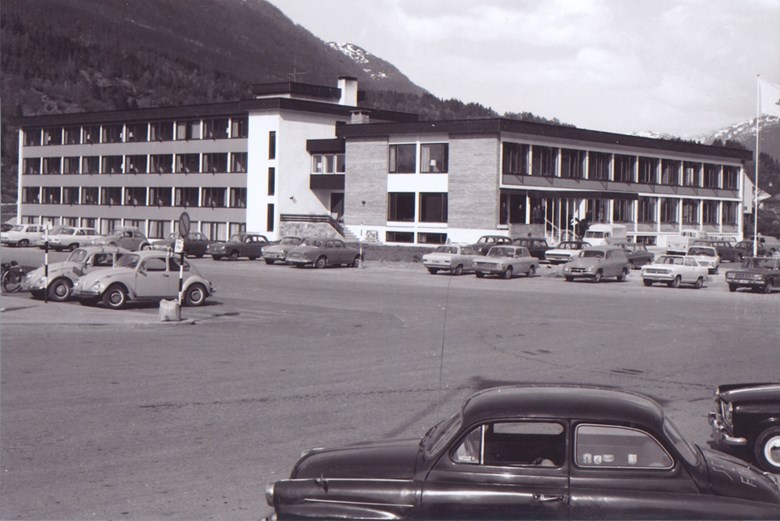 The hotel has several sources of revenue. There is a good source of income locally, since around 25% of the revenue comes from local business. The hotel has around 50,000 overnight guests. Of this 38% is business traffic, 23% is courses and conferences, and 39% is leisure travel. The last initiative is for week-ends throughout the year and special offers for groups in summer. The business traffic is considerably larger than what the other hotels in the county have. Of the guests 78% are Norwegian, which is a much higher percentage than for the other hotels in the county.

The shareholders of Sunnfjord Hotell AS have been a mixture of many small and a few big ones. The biggest of the original shareholders were Førde Municipality, Firda Billag (automobile company), Bergens Privatbank, Bergens Kredittbank, Vestlandsbanken, and Fylkesbaatane (steamship company). In addition, there were many small shareholders, so that the total number of shareholders has been around 450. Today the biggest shareholder is Fritz Hjelmeland with 34%, followed by Sparebanken Sogn og Fjordane (savings bank).

In the hotel business competition loyalty cards which can be used in hotel chains have become common. Rica Sunnfjord Hotell took over on 1 October, 1999, as an operating company, with Odd Erik Gullaksen as the executive director. Sunnfjord Hotell exists as before, but now as a real estate company, with some properties and houses in addition, which it rents to Rica. The hotel has 170 persons on its pay sheet. 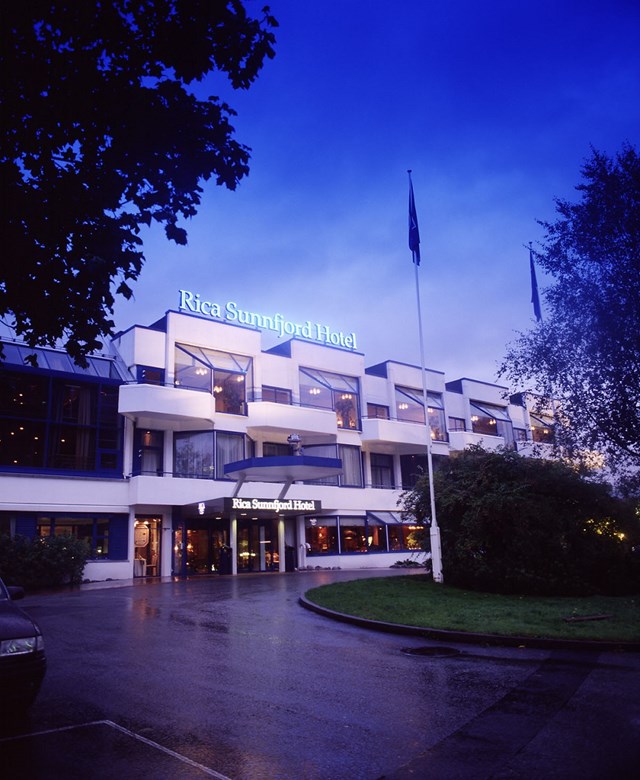