Oddvar Torsheim was born in 1938. He grew up in Naustdal but made Førde his home. He is known as a popular graphic artist, painter, and in later years also as a musician of a rather peculiar kind. He has had many exhibitions abroad and in Norway, and he has carried out a series of public decorations. His art has been bought by the most important art institutions in Norway. In 1990, he was awarded the culture prize from the municipality of Førde. 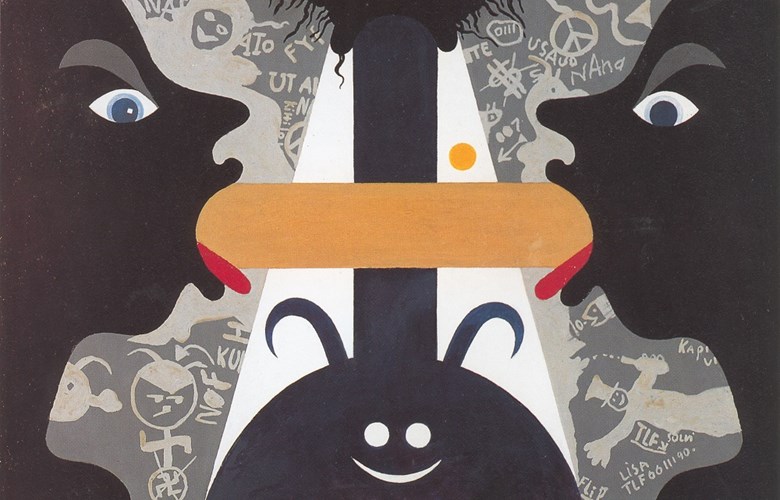 Oddvar Torsheim is a highly unusual character on the contemporary Norwegian art scene. Art used in satire and irony does not have such a long tradition in Norway, yet Theodor Kittelsen (1857-1914) and the newspaper illustrator Finn Graff (born 1938) are examples of colleagues working in the same genre as Torsheim. 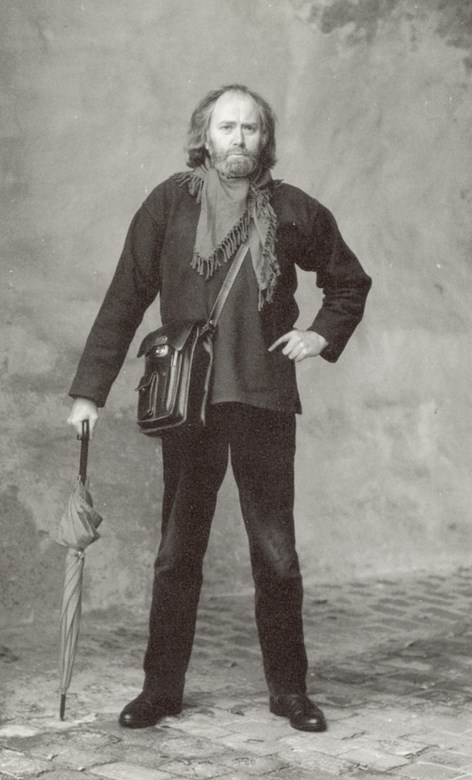 Outside the borders of Norway and back in time, we find famous artists such as the German George Grosz (1893-1959) and the Frenchman Honoré Daumier (1808-1879), who in their satirical art challenged the authorities.

These artists have in common that they are preoccupied with man's way of life, with an emphasis on the problems in life, the conflicts of interests, politics, ideals, and morality.

Torsheim's art is politically not as sharp as that of the two referred to above, but his unique and humoristic artistic language has stepped on many toes and provoked conservative prejudices.

His form reminds of cartoons and posters, with on the surface simple compositions and strong restraint in visual effects.

Torsheim's picture world is built around ambiguous verbal and visual or visible contrasts. Torsheim pursues the striking metaphor. This makes his art often show signs of a disorganized dream world where fantasy situations, surprising ideas, breach of norms, and dislocations of ethical and moral values are free to tumble about. It is no wonder that the Belgian surrealistic artist René Magritte (1898-1967) has been an important model for Torsheim.

In his pictures Torsheim uses a technique resembling montage by which well-known and "normal" human situations and moral conventions are placed in unusual environments, so that human stupidity, injustice, and bigoted undue gravity are thrown into sharp relief.

Oddvar Torsheim thus places himself in an old culture tradition whose roots are in the so-called carnival laughter tradition of the Middle Ages, with its carnival processions, passion, Devil, and tomfoolery.

The art of the Middle Ages and the Renaissance also describes conflicts between Christian moral idealism as distinct from the secular, sensual passions as seen in the pictures by Hieronimus Bosch (about 1450-1515) and Pieter Brueghel the Elder (1523-1569). Double standards are an old phenomenon.

Oddvar Torsheim's art has much in common with these artists and like them he poses as a moral castigator who puts his finger on human stupidity and social masquerades.

Oddvar Torsheim is a surrealistic artist who is preoccupied with his own time and looks at the social evolution with a critical eye. The optimism of the 1960s has crumbled in the smoke from the napalm bombs during the Vietnam war, and the rise of the big and undemocratic capitalistic forces in the EU has accelerated and increased the ecological danger signals to a perilous degree. 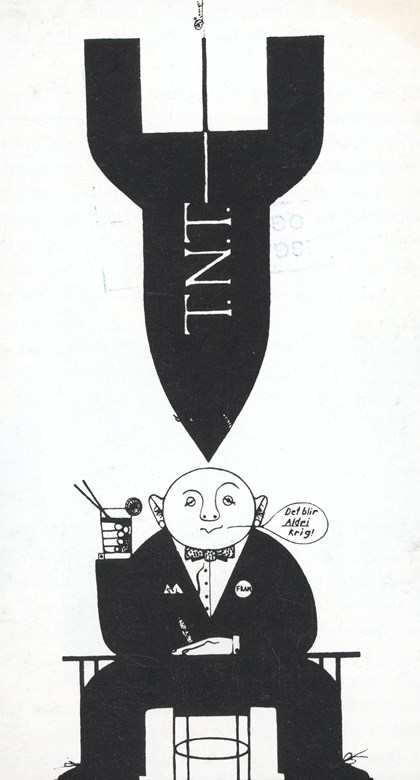 His comments hit not only the establishment, the capitalists, and the priesthood, but he also aims his sharply pointed pinpricks against ordinary people's misguided prejudices on sex roles and sexuality.

Oddvar Torsheim is a popular artist, an icon, who makes some art critics and art historians shudder. The popular element is not the only themes which his art deals with, but also in the fact that he prefers to make his pictures as tissue prints, lithographs, or as posters. They can be reprinted in large numbers at a reasonable price, so that most people can buy them. His enamel paintings are more expensive and are mostly bought by private collectors or public art museums.

Torsheim has a large following, and he has promoted himself through a number of books and not least through music, where he murders pop music and folk music, which has flabbergasted music fundamentalists.

To this day art has always been about man and man's way of life. Oddvar Torsheim's burlesque picture world is deeply humanistic in its basic attitude, and for this reason his art becomes so strange, liberating, and attractive.

Torsheim has published books, for example "Syner i syttiåra" and "Svarte kvitingar". 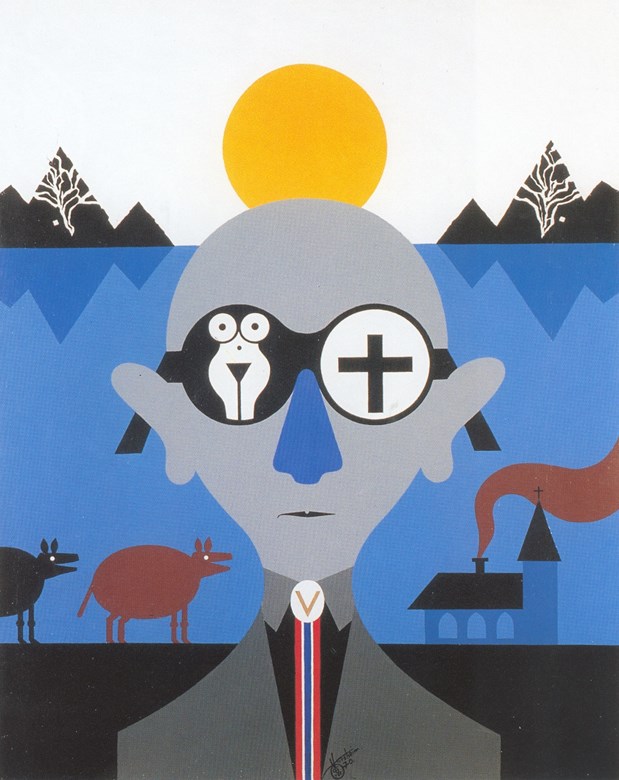