Glavær is located just to the south of the entrance to the Sognefjord between Hille and Hisarøy. Glavær actually consists of several islands, and the inn was located on Søre Glavær. The inner shipping lane lies just west of Glavær. From time immemorial this place provided a harbour for sailboats and rowboats. Søre Glavær has probably the best small-boat harbour in Gulen. It was mostly "jekts" that sought this place to wait for fair wind. 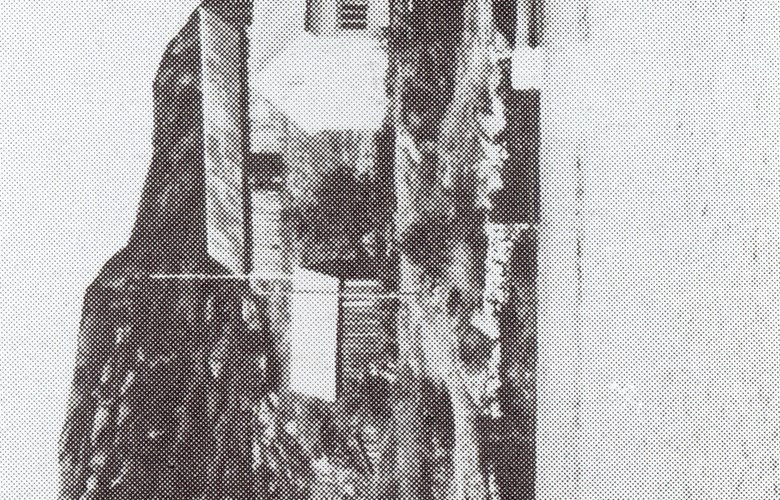 Glavær in recent times. The residence has been rebuilt. "Bondestova" is gone.

As Søre Glavær enjoys such an ideal location along the shipping lane, coupled with such an excellent harbour, it was no wonder that an inn was established there. It was in particular people from Sogn on their way to and fro Bergen who stopped there, but also travellers going north or south along the coast. It was a convenient stop before crossing the waters of Sognesjøen, or after a strenuous voyage from the north.

The first person to get a privilege to run an inn was Hans Anderssen in the autumn of 1753. He had previously sold beer and liquor illegally. The innkeeper at Skjerjehamn had sued him for this. The case was brought to court in 1754, but was withdrawn when Hans agreed to sign a statement concerning what goods he could and could not sell. In 1778, his licence to run a tavern and inn was renewed.

The son of Hans Anderssen's daughter, Anders Olsen, took over the operation of the inn and the farm in 1784 and ran the business until 1811. He had a royal licence to run an inn, and in 1785 the allodial rights of his mother was transferred to him. In 1801, he lived on Søre Glavær with his wife Marte Kristine Sørensdotter Parelius and their three children; Synneve, Søren and Giske. It was probably Anders who built the so-called Bondestova, (Farmer's cottage) which today can be seen at the Sogn Folkemuseum at Kaupanger.

Søren took over the business after his father and owned the inn until 1848. His licence was renewed in 1821. The next innkeeper, Jens Johan Anderssen, came to Glavær in 1838. Jens ran a general store, probably leased. In 1848, he bought the inn, but already in 1850 he had to mortgage everything to get a loan at "Ytre Sogn Overformynderi". The following year, Søre Glavær was sold to Niels Gregoriussen Nordanger, from Manger. He ran the farm, and, in addition, he ran a general store and an inn, selling beer and wine. In 1860, he applied to the king to be licensed to sell liquor, but his application was turned down. When Niels died in 1872, his widow, Georgine Kristine, ran the place until 1874. She later married Klaus Martinus Olsen Børholm. In the 1875 census he was referred to as farmer, tradesman, and tenant farmer. The operation of the inn seemed to have been terminated. Klaus ran the property until 1909.

Of the old buildings the residence from the mid-1960s still stands, somewhat rebuilt. The barn and the cowshed are under one roof. A sea warehouse, a boathouse and a smithy are all gone now. The old farmer's cottage was moved to Sogn Folkemuseum in 1930.
At first the house was called Klokkarstaua. (The sexton's cottage). In 1830 and 1868, the cottage was much repaired and rebuilt. From then on it was called Skjenkestuen. (The tavern). In an assessment of fire insurance for Glavær in 1846, eight housed are listed, worth 747 "spesidalar". In 1868, there were five houses. The new residence was then just completed.
Arnold Lockertsen repaired and rebuilt the old cottages in the 1950s. He decorated the rooms with his own paintings on doors and walls.

The activities at the inn came to an end before 1875 and the trade seems to have stopped about 1880-1890. In the 1900 census, the owner is called farmer, freeholder and farmer. Like other old trading posts and inns along the coast, the combination of fishing and farming was the main source of income for the people at Glavær. Gradually farming became less important, whereas fishing and boat transport became more important. There was no electricity at Glavær until 1958, and telephone came in 1962. Engineer Ottar Straume got the deed for Søre Glavær in 1962. He lived at Ytre Arna and used Glavær as a holiday home. There have been no permanent residents at Glavær since the 1960s. As of March 2001, Oddmund Straume owns the place. He lives in the municipality of Os near Bergen.

The inn of Glavær. To the left a "cooking house" for travelling farmers, in the centre "Bondestova" with a general store, to the right the residence , and in the background an outhouse and a barn.
Owner: Wergeland, Randi H. / Fylkesarkivet. - Date: om lag 1920. - Photographer: Original i Norsk Folkemuseum.
Wergeland, Randi H. / Fylkesarkivet.
om lag 1920.
Original i Norsk Folkemuseum.