After years on the road between schoolhouse, private homes, and vicarage barn, it was an unbelievable relief for the Hardbakke youth association when they could move into their own house in 1933. The house became a useful and dear place, where the Solund community could get together during 35 years, until it was destroyed by fire.

Early spring of 1933. The carpenters and the voluntary work force worked very hard to complete the house, at least enough so that the Day of Independence could be celebrated there. An entrance section at the short end of the house had to wait. It took 17 days to build the house, without wood panelling, but with slate on the roof. The sand for the concrete came from Gjertsen in Salbu, the scaffolding materials from Florvaag Bruk in Bergen og from Skjerjehamn Trelast, while the weatherboarding was bought from the Namsos area, where they offered the best price.

Meetings in the schoolhouse, dancing in the vicarage barn

The Hardbakke youth association, later the Solund youth association, celebrated its 75-year anniversary in 2001. But the association had been in existence with a few interruptions some ten years more.
As was the case for most such associations, the young people had to borrow housing the first years. Meetings and Christmas celebrations could take place in the old schoolhouse. Larger events with plays and dancing were organized in the vicarage barn. Although the vicars were rather liberal, consideration had to be shown and care taken. The dream of a house of their own grew steadily stronger. But with only NOK 3,500 in the bank, only young people could be so optimistic.

Around 1930, the association was reorganized with a new board and Sverre Takle as chairman. From then on the work to raise more capital for a new house was intensified, with lotteries and various other fund-raising activities. A new gramophone was bought for NOK 90, very expensive at the time. The new rowboat made by Henrik Askvik, with copper nails and treated with a sealer, was a better investment, price NOK 185. It brought a profit of NOK 117. A boy from Folkestadbygda was the lucky winner.
The site, widely accepted, was located a short distance up from the residential houses at Hardbakke, near the road Hop-Hardbakke.

Four and a half thousand in starting capital

By the autumn of 1932, the capital had grown by one thousand, and the work on the foundations was started. With picks, shovels, crowbars, and wheelbarrows the voluntary work force worked with great enthusiasm. Some blasting was necessary. A competent farm smith sharpened drills for the sum of NOK 7.50!
During the winter herring fisheries, all the men were of course gone, but probably the concrete foundation was built before they left.
The wood materials for the building were bought from Trøndelag for NOK 1638.80. The slate was rather expensive, NOK 501.95. The three carpenters who built the house were paid in sum NOK 285, but members of the youth association had given a helping hand. The girls of the association took turns preparing the food. 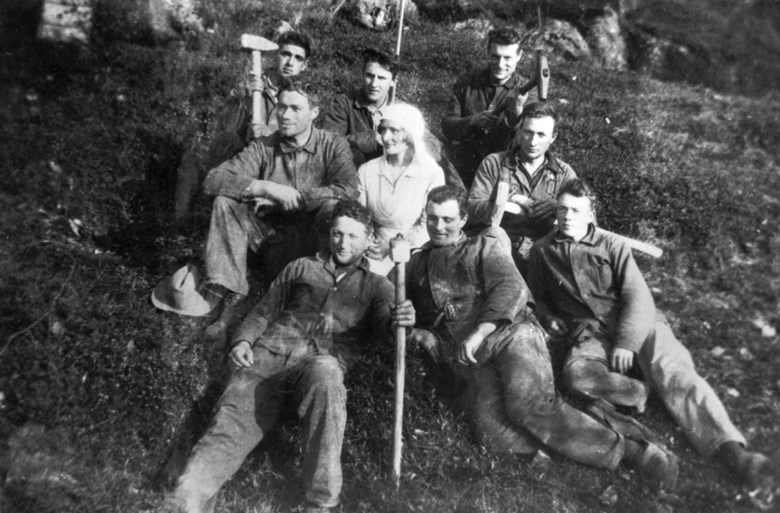 Opening celebration on Day of Independence

On 17 May 1933, the opening celebration took place. The program was comprehensive, the joy overwhelming, and the young, determined enthusiasts were given well deserved praise. During the dancing the floor beams shook so much that a break was needed so that the tier of beams could be propped up before the dancing could go on.
The house had an entrance and assembly hall with a stage. On each side of the stage there was a small room. In the basement a corridor, a restaurant, a kitchen, and some small rooms.
When the chimney and the rest of the concrete work inside and outside were finished and well done, the house was NOK 700 in debt. The house was built from a sketch the chairman had made of the youth association house at Vadheim. 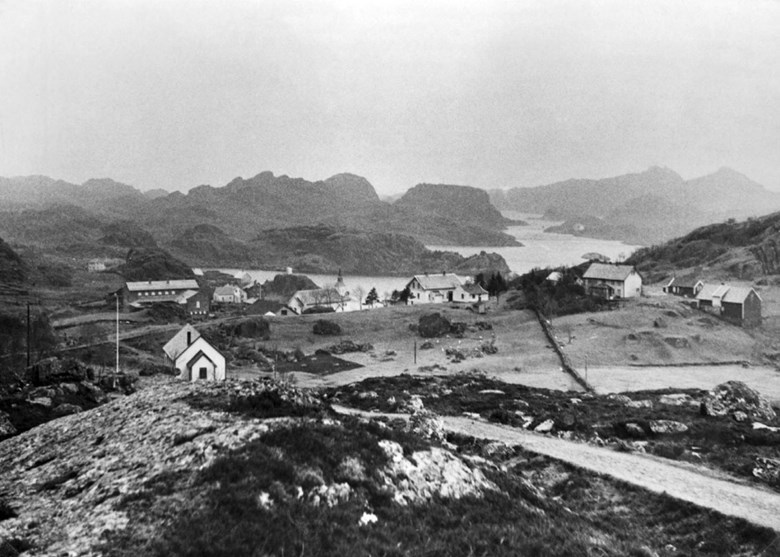 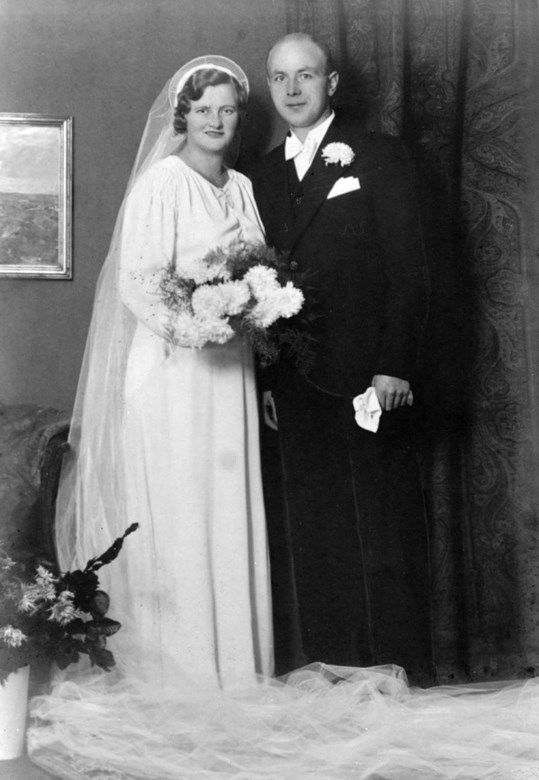 Incomprehensible sea of flames on 29 July 1967

In the autumn of 1935, a public bath was established in the basement, with a water tank heated by wood. There were two rooms with a shower and a bathtub in each. Twice a week it was open to the public.
In addition to meetings of the youth association, with performances, festivities, plays, and dancing, the house was available for most community functions.
It was therefore a sad sight when the house went up in flames on 29 July 1967. People rushed to, but nothing was rescued. Only on 29 July five years later, there was an opening celebration in the new Solund community house at Hardbakke, built on a different site.

In the autumn of 1932, the foundation work on the Hardbakke youth association house started, at long last. Eight courageous young men and a brave cook were optimistic. A numerous voluntary work force were realizing their dream, a house of their own, and they were willing to give a hand later as well, as long as the house was in use. In the picture: Bernt Hopsdal, Paul Lien, Odd Pollen, Johannes Nesøy, Sigrid Leirvåg, Thomas Hopsdal, Andreas Årøy, Olav O. Lien, and Gjert Lien.
Owner: Fylkesarkivet i Sogn og Fjordane, SFFf-89082.0006. - Date: 1932. - Photographer: Ukjend.
Fylkesarkivet i Sogn og Fjordane, SFFf-89082.0006.
1932.
Ukjend.

The picture from the late 1950s shows where the youth clubhouse was located (to the left with the flagstaff), on the outskirts of the municipal centre of Hardbakke. A little of the road Hop-Hardbakke can be seen, built in the early 1860s and classified as a "riding path". The area is today a part of the housing estate of Brattelia. On the site where the youth association house stood, and where young and old met for companionship and celebrations, there is now a beautiful and well-kept detached house.
Owner: Fylkesarkivet i Sogn og Fjordane, SFFf-88169.0019. - Date: Ca. 1958. - Photographer: Johannes Mathiesen.
Fylkesarkivet i Sogn og Fjordane, SFFf-88169.0019.
Ca. 1958.
Johannes Mathiesen.

After a reorganization of the youth association around 1930, Sverre Takle took over as chairman. He later held many municipal elected offices and was mayor of Solund for two periods.
Owner: Sverre Takle - Date: 1935. - Photographer: Nyblin.
Sverre Takle
1935.
Nyblin.
resources:
Steinsund, Hans H.: Ungdomshus og lagsliv i havkanten. I Årbok for Sogn. 1993.