The graveyard in the valley of Aurdalen

The high farm of Østerbø in the valley of Aurdalen got its own graveyard in 1858. It was used until 1911, when the last person was buried there. People were buried there even before the graveyard was consecrated in 1858. 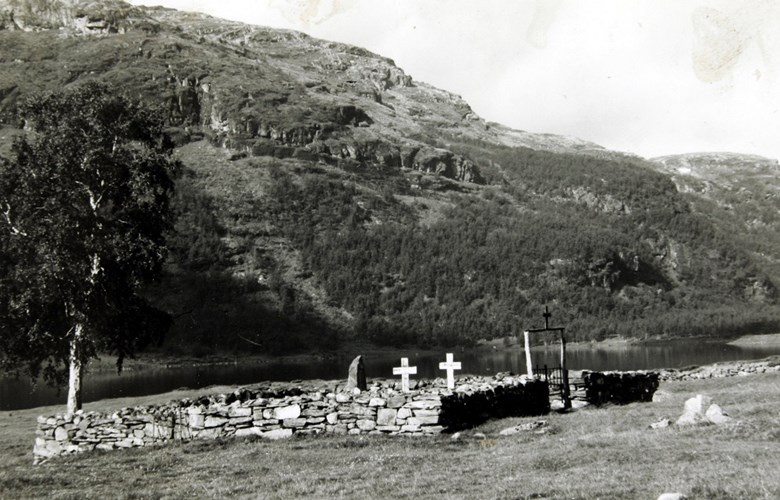 The graveyeard at Østerbø. The graveyard has a nice location at the lake of Aurdalsvatnet, about 820 metres above sea level.

Aurdalen is located 820 metres above sea level, a six-hour hike from Vassbygdi in the valley of Aurlandsdalen. There were a number of farms in this valley in former times. There is a reference to Ourdall from 1563, and to Østerbøe in 1667. All the farms were located in Aurdalen.

A similar story is found in an article by the teacher Knut L. Lie in the 1927 yearbook of "Den Norske Turistforening":
"The situation was particularly bad when corpses were transported down to the village. As a rule, there was frequently no other alternative but to put the corpse into a sack and transport it on horseback down to Vassbygdi."
By this Raabe probably means that they transported the corpse on a pack horse.

Aurdalen got its own graveyard early. It was consecrated in 1858, but by then it had already been used for some years. Normally they buried people without the presence of a vicar, and they put a rod down touching the coffin lid. When the vicar then came to officiate at the funeral, they pulled up the rod so the vicar could put some earth on the coffin itself.

At the graveyard in Aurdalen people were buried both from Aurland and the neighbouring municipality of Hol in the county of Buskerud. The local historical associations in these two municipalities took the initiative to erect a memorial stone with a nameplate at the graveyard. This was carried out in 1953 with financial support from the two municipal authorities. 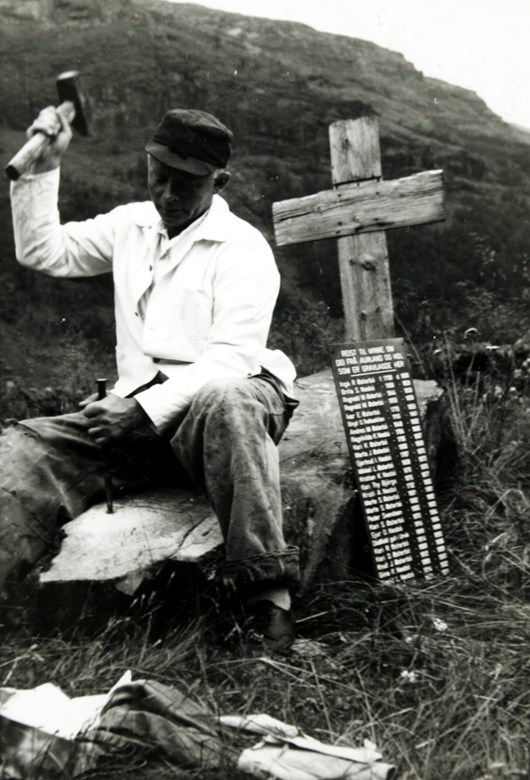 The memorial stone was unveiled on Sunday 26 July 1953. People from Aurland and Hol attended the ceremony, and there were many tourists present as well. 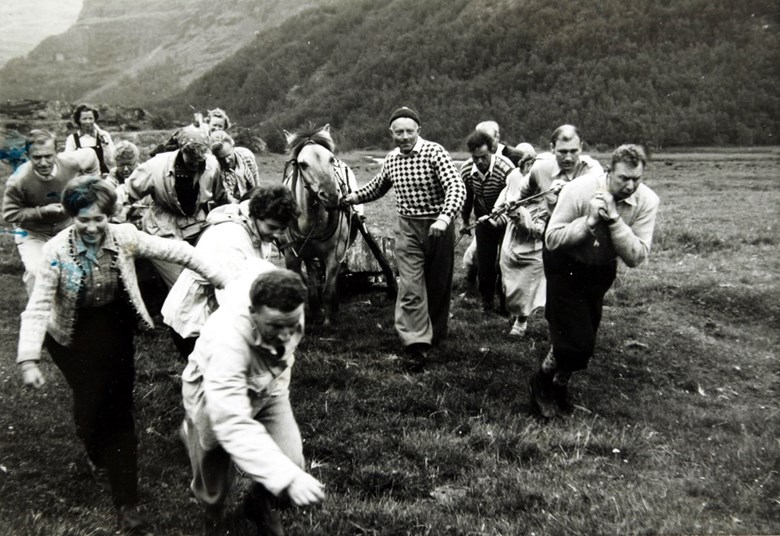 In his speech, the teacher Anders Ohnstad said that he had a strong feeling that those who were buried here had a clearer outlook on life than modern people. - It seems as if the older generations had more time to think than we do. They lifted their eyes towards the eternal, the only thread that is strong enough. It would be impossible to eke out a living up here if they had not co-operated and lived in harmony with the natural forces.

Ohnstad was satisfied that they had been able to find the memorial stone at Østerbø which was so well shaped by nature itself that it was not necessary to do anything more. This stone symbolizes the people who lived here, Ohnstad said, the people were strong and robust like the stone itself.

Johs. Midje then unveiled the stone. Afterwards there was a speech by the teacher Svein Nestegard from Hol, and finally Martin Lie gave an account of the work of erecting the stone. He gave particular mention to Johs. Midje and Knut Sønnerheim. 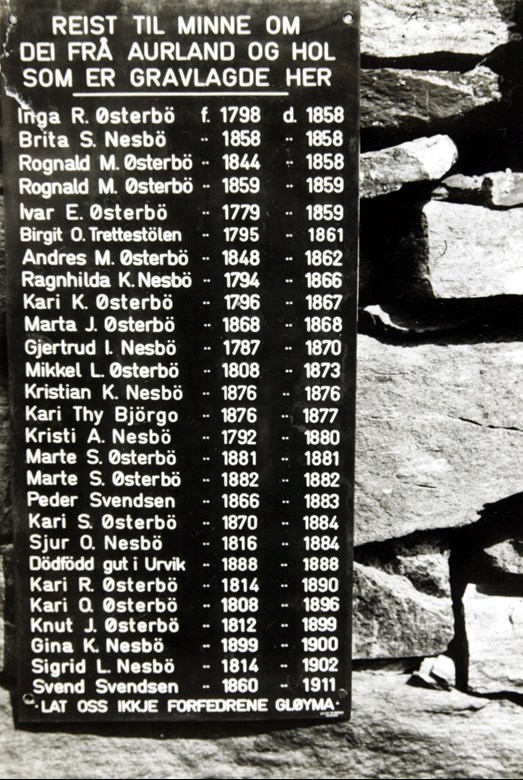 In 1953 a memorial stone for those who had been buried here was erected. This is the nameplate attached to the stone.
Owner: Signe Fimreite - Date: 1953. - Photographer: Ukjend.
Signe Fimreite
1953.
Ukjend.