In the 19th century, there were two outbreaks of cholera in Norway, in 1831 and 1848. The first one did not reach western Norway but the second one caused many deaths in Bergen and the district of Sunnhordland. In Gulen 14 people died, and they were buried in specially designated gravesites. Some 150 years later, there are still traces after two of these cholera grave sites. 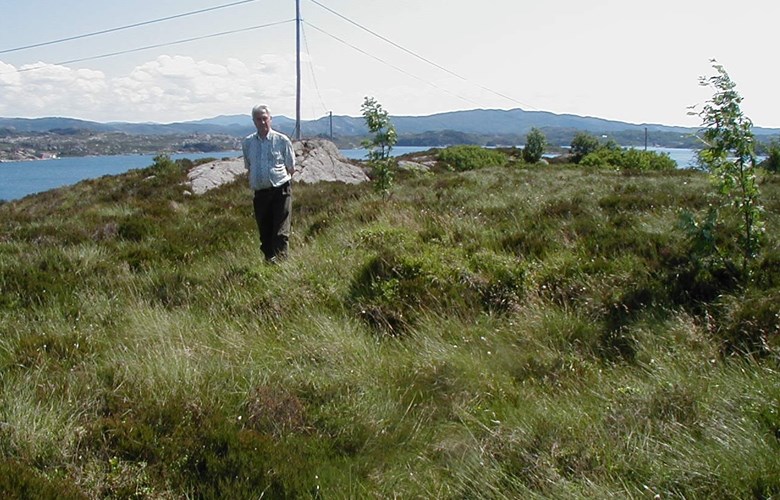 The cholera gravesite at Klauvnes 2001.

Cholera is an acute, contagious and highly malignant infection caused by the bacterium Vibrio cholerae. The bacteria are excreted with the patient's faeces and are transmitted through drinking water and food. The incubation period lasts 12 days. The disease is characterized by severe vomiting and diarrhoea, leading to fluid loss of 10-15 litres a day. This fluid loss is hard to replace and the patient will die of dehydration. In former times, 40-70 per cent of the patients died, whereas the present death rate is below one per cent due to effective medicine.

Cholera outbreaks in Norway in the 19th century

Cholera is endemic in Asia and Africa, and has since 1990 spread to South America. Norway was afflicted by two cholera epidemics in the 19th century. The first one reached the country in 1832, causing the death of many people in the Oslofjord area.
The second epidemic broke out in the autumn of 1848, and this time it struck western Norway as well. The first victim was a poor watchwoman in Bergen who died on 10 December. Until April the following year the number of deaths had reached some 600. Apart from the Bergen area, the epidemic also struck hard in the Sunnhordland district. The county of Sogn og Fjordane was spared with the exception of Gulen, where at least 14 persons died of the disease. In addition, two other persons from Gulen died elsewhere.

Precautionary measures against the disease

The authorities implemented measures against the threatening cholera epidemic in the autumn of 1831. In each parish so-called "health commissions" were established to implement local measures. One of these was to designate special gravesites for any cholera deaths and also to take care that the burials took place according to specific measures. These measures were implemented to keep those who were infected or dead as far away as possible from other people. Consequently, ordinary burials attended by many people were absolutely forbidden.
Similar measures were implemented in the autumn of 1848 when the second epidemic broke out. A royal "provisional ordinance concerning precautionary measures against the malignant cholera" was drawn up.

On 25 October 1848, the Royal Norwegian Ministry of the Interior issued a guidance to people in general on the cholera disease and what could be done without the assistance of a doctor. The first point deals with symptoms:
"..Cholera manifests itself by vomiting of a thin fluid as well as diarrhoea, a burning thirst and congestion to the chest, cramps in legs and arms, changed facial expressions, limp, cold skin, no urination, soar throat, weak pulse and a major physical weakening without loss of conscience."
Then follow a number of things that can be done:
"As soon as the first symptoms manifest themselves, and in particular severe diarrhoea, the sick person must take to bed, or at least stay away from cold air, drink something warm, such as "Congo tea", tea of (lemon) balm, elderberry, or camellia, as well as rubbing the whole stomach and in particular the heart area with a woollen cloth wetted with spirits of camphor, turpentine oil or strong liquor."

The Norwegian composer Fartein Valen's composition "Kirkegården ved havet" (also known as "Le Cimetière Marin" or The churchyard by the ocean) is said to have been inspired by a cholera churchyard in Sunnhordland. In 1987, the Norwegian Postal Service issued two commemorative stamps in connection with the centenary of Valen's birth. One of the stamps has the gate to the churchyard as its motif.