The farm of Furesund is located on the island of Furøy just southwest of Florø. The strait itself lies between Furøy and Ausa. The water is deep without any submerged rocks so relatively big boats can navigate the strait. It was the good sailing conditions and the sheltered harbour that formed the basis for the location of the inn. 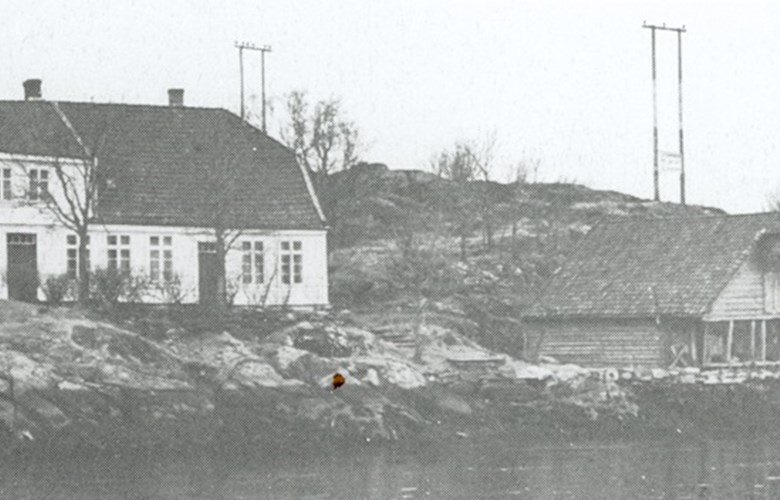 The old inn building has an idyllic and strategic location by the deep and safe strait of Furesundet.

In former times, Furesund was an important inn and posting station between Smørhamn and Sauesund. As early as in the 18th century, there was some trading activity there.
The first innkeepers came to the place in the late 17th century. In 1679, Nils Andersson Foss owned some land there, and from 1687 to 1712, there was a reference to him as an innkeeper at Furesund. He was succeeded by his son-in-law Berent B. Lam who was innkeeper at Furesund until his death in 1722. In 1716, he sent a complaint to the county authorities that there were some farmers in the district who carried out an illegal trade with tobacco and various other commodities. In the same year, Furesund was referred to as an islet where nothing could be sown or harvested. When Lam died, Didrich Fester was given the licence to run an inn there.
In the period between 1700 and 1723, the innkeeper had to pay an annual basic property rent of half a "riksdaler" to the Kinna church. The conditions for getting an innkeeper licence was that he could provide comfortable accommodation, good food, good beer and liquor at reasonable prices and by using correct measures and weights. 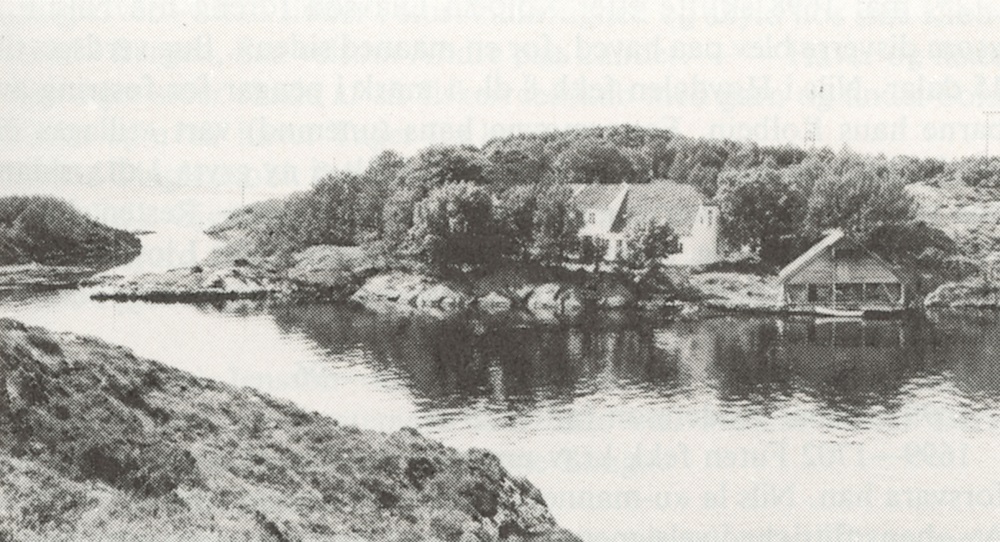 In the 18th century, there were many Bergen citizens, or people who were connected to Bergen in one way or another, who owned the place. One of these was Claus de Lampe who ran the place until 1739. In 1738, the tax collector, Thiis Nagel, wrote to the county authorities to complain that Lampe was a stubborn and obstinate person. Nagel wanted to replace Lampe with a new and more competent innkeeper. Lampe is said to have left the inn in a poor state. His successor was Jens Block who ran the inn for about nine years until 1748. In the same year, Hans Petter Diche took over as innkeeper. He had obtained licences both to run the inn and to carry out trade. Diche died in 1756, only 31 years old. His widow, Madame Gidske Kirstine Søblad, and their children, took over as owners of Furesund.

Many owners over a short period

Mons O. Grytten started as a tradesman at Furesund in 1758. In 1762, he bought the place and by royal decree was granted the right to run an inn and a licence to serve beer and liquor. Grytten died only a year after he got the licence. His widow, Maren Susanne, "Massi", then ran the place. In 1764, she married Johan Lyder Diche, nephew of Hans Petter Diche. Johan Lyder Diche drowned in an accident in 1765, and Massi was once again a widow.
In 1769, she married Jens J. Helmer who then took over as innkeeper and posting station master. Massi died in 1775, and Helmer ran Furesund until he sold the place in 1789.
The Bergen citizen Jens Lind bought the inn at Furesund, in addition to two taverns at Batalden. When he died ten years later, his widow took over. She lived in Bergen, and ran the inn with the help of a shop assistant. In 1801, Matis Hansen was a shop assistant at Furesund. He lived there with nine other persons, eight of which were servants connected to the inn activities.. 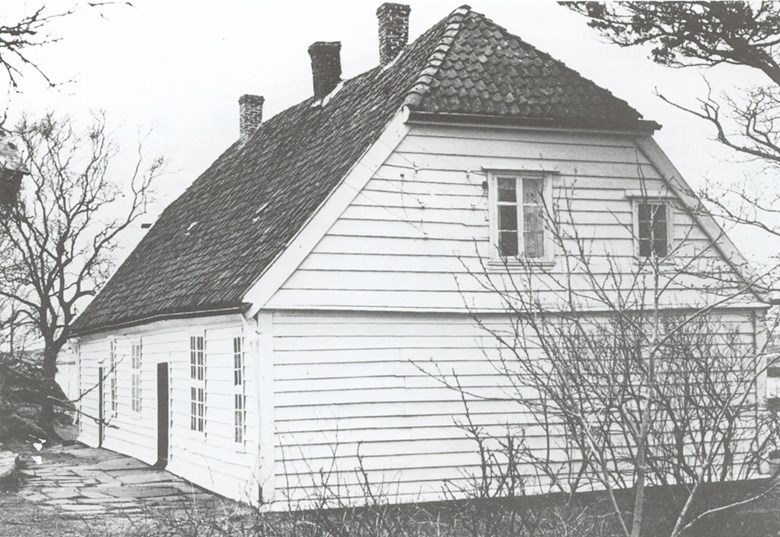 Even if some trade had been carried out at Furesund since the 18th century, it was only in 1807 that the owner was granted a trade privilege. In 1847, the merchant Dahl took over Furesund after the Lind family. Dahl undoubtedly made much money because Furesund became an important trading post during the rich herring fisheries about 1860.
H. M. Dahl was highly influenced by the clergyman Carl Brein and became a religious man. He stopped the liquor sale when he saw how much harm the liquor caused at the inns. Furesund gradually became a meeting place and centre for religious people, and emissaries often stayed there.
Dahl ran the store at Furesund until 1891, but after him, nobody was willing to run the trading post. The new city not far away, Florø, had taken over the trading, and small trading posts and inns like Furesund had had their day.

In a circular from the Ministry dated 28 March 1843, Furresund is listed up as a sub-post office as it was a steamer stop for "Nordcap". However, it could not be called an official sub-post office until it was decided on 30 November 1852 that such a post office should be established at Furesund from 1 January to 15 March 1853. This was because of the fisheries. At the same time a secondary postal route was established to Førde once a week.
It seems as if Furesund had a status as sub-post office only in 1853, because the place is not mentioned as a sub-post office in later postal rates or lists.

Today there are five buildings at Furesund: a residence, an "eldhus" (used mostly for washing clothes and baking), two sea warehouses and a boathouse. The residence is a building of one and a half storeys with a flat dormer and a half-hipped roof. Just north of this house is an old sea warehouse. A boathouse was wrecked in the so-called New Year's hurricane in the early 1990s. Several other sea warehouses along the strait are now gone, but the stone foundation walls remain, showing the sites of these buildings. The old general store is said to have been located near the south-eastern corner of the residence, but only the foundation wall remains. 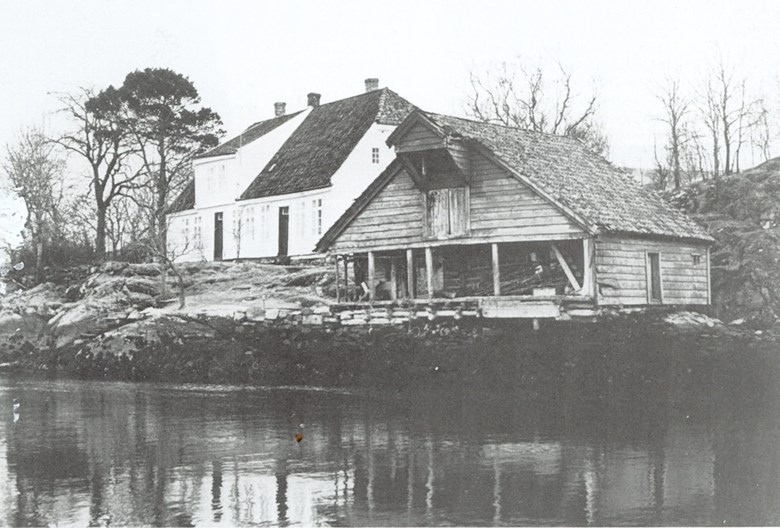 From inn to residence

In 1900, there were two households at Furesund. Andreas Rotenæs, born at Førde, was a farmer, seine owner, and salmon fisherman. He was married to Maren and they had nine children - two sons and seven daughters. The other family at Furesund counted only four members. Fisherman and day labourer Elias Vilhelmsen was married to Nille and they had two sons, vilhelm aged four and Olav aged two.
Since that year, Furesund has served as a residence for farmers and fishermen. There is no other basis for trade or industrial activity there. In the land register from 1950, Alisa Færøyvik is listed as the owner of the place. Fifty years later, Furesund is still owned by the Færøyvik family. In 1999, it was the heirs after Arne Færøyvik who were listed as owners.