In former days travelling along the Norwegian coast took mostly place on sea. The old roads across the strips of land called Mannseidet and Dragseidet at Selje were important communication links along the coast, and they have always been used to avoid crossing the treacherous waters of Stadlandet by boat. Mannseidet was therefore both a safer and shorter alternative if you wanted to og north or south. Besides, the landing connections for boats on both sides were excellent. Today the road across Mannseidet is a national cultural site. 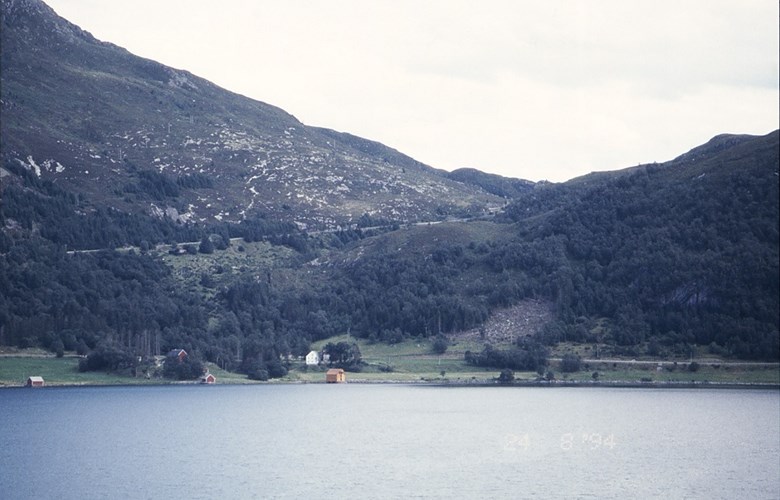 The treacherous waters of Stadlandet

In 1771, the Danish geographer Hans J. Fyhn described the strip of land called Mannseidet in the following way: "Stadlandet is exposed to wind and waves from all sides, because it is not protected by islands and islets, and there are many underwater rocks and skerries(..) For this reason it is very dangerous to sail past the the point of Stadt, and consequently, travellers usually prefer to go by land across the strips of land."

Ever since the Viking Age, both Dragseidet and Mannseidet were considered to be main roads. Mannseidet was the shortest crossing with its three kilometres. Dragseidet was two kilometres longer. These roads were among the first constructed roads in the west of Norway. In some of the old sagas of Norwegian kings we can read about travels across Mannseidet. These travels were usually in connection with the struggles for power between the various Viking kings and between Norwgian and Norwgian-Danish kings. There are references to Mannseidet in the sagas of Harald Fairhair, Haakon the Good, Olaf Tryggvasson, and in the saga on the "baglere" who fought the "birkebeinere" (supporters of king Sverre). 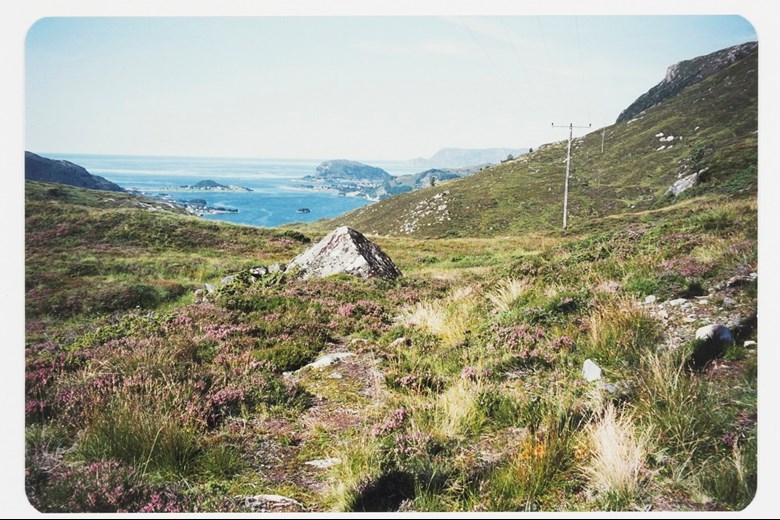 A road for pilgrims

In Catholic times, prior to the Reformation in 1537, the relics of the Selja monastery were a well-known destination. Pilgrims came to Selja both by land or sea. It is not unlikely, therefore, that some pilgrims used the road across Mannseidet on their way to the Selje monastery. The farm Eide on the Moldefjord probably belonged to the Selje monastery, which also owned land properties further to the north-east at Vannylven in Sunnmøre. This meant that there was much traffic across Mannseidet by people from the monastery as well as by tenant farmers.

People tend to call the old road across Mannseidet the royal road because three Danish-Norwegian kings travelled across this strip of land. The three kings were Christian V in 1685, Frederik IV in 1704 and Christian VI in 1733. Christian V came from Trondheim in July 1685 on his way to Bergen. The weather was bad and the royal entourage crossed Mannseidet. The king rode on horseback and they encountered thick fog. In the magazine "Vidar", which was published in 1889, we can read the following report from the journey across:

"This Mannseide is nothing but a terribly high mountain, almost twice as high as the Dovre mountains and just as difficult to cross both because of its steepness up and down but also because of the narrow and uneven road cut into the mountainside, where the horse must jump from one rock to another."

When king Cristian VI travelled the same road nearly 50 years later, he also rode on horseback, but had to walk some places because the road was so steep and uneven that he did not dare remain seated on the horse. A large entourage of 188 people from the royal court and the central administration accompanied the king. Some 1000 sailors manned the ships that escorted the royal entourage to Norway. Queen Sofie Magdalene and her mother, markgravine of Bavaria, Sophie of Brandenburg, were both carried across Mannseidet. The rest of the entourage had to walk on foot. After the journey the king made a memorial goblet in gold that cost some 6000 "riksdaler". A picture of king Christian VI's travel across Mannseidet hangs in "Norsk folkemuseum" in Oslo. 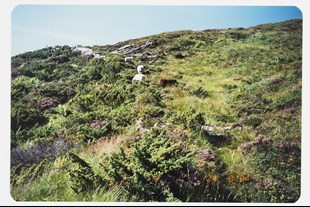 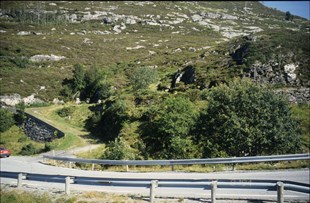 In 1997, the Public Roads Administration was instructed by the Ministry of Transport and Communication to work out a national protection plan in connection with an "Action plan for the management of cultural heritage sites". All state bodies were given a special responsibility to protect their own cultural heritage sites. All the counties registered their cultural sites that were of special value and interest. The old road across Mannseidet was selected as worthy of protection, and this road is among the 350 road cultural sites throughout the country. In the argumentation by the Public Roads Administration the following words are used: "The road is a well-maintained example of a typical road across a strip of land". Today the road is very much used by hikers. 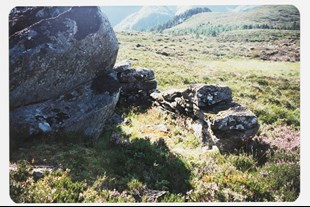 If you walk the old road from west to east you start at the old quay on the farm of Eide in the Moldefjord. In 1685, it was only Mannseidet and the Filefjell mountains where there was any organized posting system in the county of Sogn og Fjordane, but without any regular posting station. Eide later became a posting station. The present houses were built by Hans Larsson Eide (1823-1882). He went up to Nordmøre and bought a big house that he erected at Eide, probably in the 1850s. His house is built in a style which was typical for residences for higher officials. Eide had a courthouse in the latter half of the 19th century with Daniel Hansson Eide (1854-1944) as a 'court host'. Before the arrival of the steamer, the court people were transported by rowboats to Eide. The sea warehouse we see to the left in the picture was built by Hans Eide in 1841.
Owner: Statens vegvesen Region Vest - Date: 1994 - Photographer: Sigurd Bødal
Statens vegvesen Region Vest
1994
Sigurd Bødal

There are few traces left to show that that this road has been used by royalty and prominent persons. The road and the cultural heritage site are linked to the farms and those who lived along the road. The road passes through a beautiful countryside with old hayfields and big deciduous trees, especially sallow. Here and there the road is overgrown with heather and juniper. The road itself is visible in many places lined with stone walls. In the upper left corner we can see parts of the old road stone walls.
Owner: Statens vegvesen Region Vest - Date: 1994 - Photographer: Sigurd Bødal
Statens vegvesen Region Vest
1994
Sigurd Bødal

Here, at Hellebakken above Eide, three road generations meet. The oldest road across Mannseidet goes behind the hilltop at Hellebakken. We also see the road that was built in 1885 up from Seljevågen. The road rests on fine stone walls. In 1931, new road profiles were worked out, and the road here at Hellebakken was improved in 1956. The new road was delivered as county road 24 on 24 May, 1961, and reclassified as a national highway in 1965.
Owner: Statens vegvesen Region Vest - Date: 1994 - Photographer: Sigurd Bødal
Statens vegvesen Region Vest
1994
Sigurd Bødal

We also find traces of the old system of road maintenance. In former times there must have been a number of these 'maintenance stones', but now only four remain. At the highest point of the road we find three of them, whereas the fourth is found in the middle of the moor called Svanemyra. The name of Svanemyra is said to be based on a princess called Svanhild who walked across the moor to drink in the river. Along the road there are many place names linked to myths, legends and old memorials.
Owner: Statens vegvesen Region Vest - Date: 1994 - Photographer: Per Birger Lomheim
Statens vegvesen Region Vest
1994
Per Birger Lomheim