The old road across the strip of land called Berstadeidet to Bryggja has throughout the years served many purposes. The road has been a church road, "suitor road", pilgrim road, and postal road. It has been called a riding path, a drifters' road, and a road leading up to mountain farms. For hundreds of years it has been a meeting place for people from both sides of Berstadeidet. It has never been used as a road for cars. 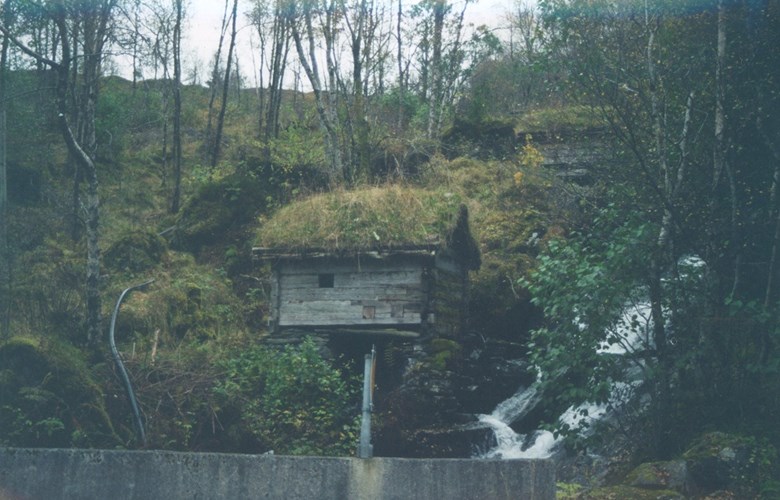 The road across Berstadeidet starts from the highway at Berstad, where the old mills help to put the hiker in the right frame of mind for the hike across the mountains.

The road, the landscape and the nature

The road across Berstadeidet has since times immemorial been a so-called "tjod road" (public country road). The distance between Berstad and Rimstad is about 11 kilometres. The road leaves the main highway at the river of Berstadelva and ascends gently up the slopes across bare rock with moors in between the knolls. The moors show traces of peat cutting, and there are remnants of a storage house for peat. At the end of the lake of Berstadvatnet a stone bridge has been built across the river, and the road continues along the eastern side of the lake past Fureneset and Legeneset before turning up, cutting into the steep hillside up towards Løypinga. This place name indicates that there must have been a log slide there. We can still find primeval pine trees in the area. At Løypinga there is also a big "resting stone", and the place was also used for milking cows.

The road from Løypinga down to Rimstad goes along three lakes. The first one is called Vaulevatnet, the second is Fiskevatnet and finally Samueltun-vatnet which has got its name after Samuel Andersson, the owner of the farm Sameltunet in the early 17th century. Along the road we find stone walls from mountain farms, barns, and old bridges, and we have a good view of the moor called "Futemyra" (The bailiff's moor). According to legend, a Danish bailiff lost his life there, but it remains unclear whether he drowned in the moor or was killed there. 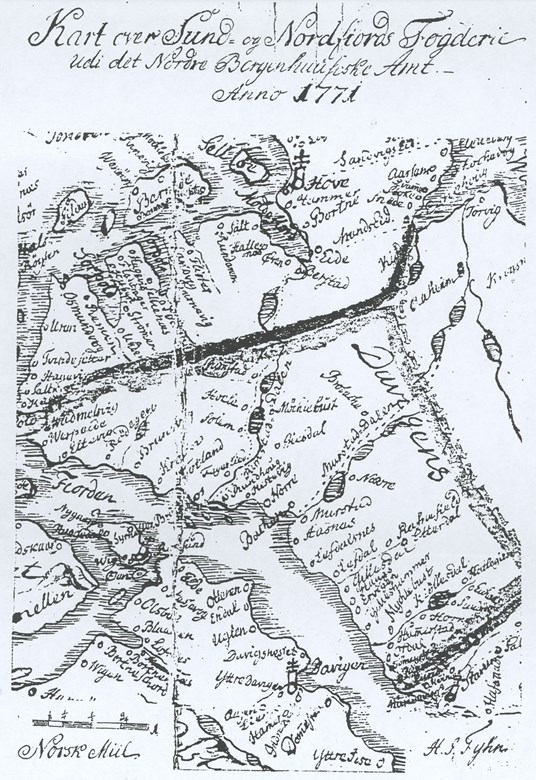 It is likely that the road across Berstadeidet in days of old has served as one of the pilgrim roads to the holy site of Selja. Between the lakes of Fiskevatnet and Vaulevatnet there is a place called "Korsbakken" (The cross hill). No traces of a cross has ever been found there, but the place is halfway between Bryggja and Berstad so we can assume that this would have been a natural resting place for the pilgrims on their way to Selja.

In the 1830s, a third postal route was established through Nordfjord connecting with the main national postal routes. The local route started at Eide at the head of the Moldefjord, then across Berstadeidet down to Bryggja and on to Utvik for further connections.

At first it was the so-called post farmers who carried the post from one place to another, but by and by the Postal Service employed special postmen on the most important routes. The postmen wore uniforms and carried a post-horn, and were armed with a sable. In the years around 1860, Jacob August Pisani was a postman on the route Ålesund-Vanylven-Eide-Bryggja-Utvik. He was of Italian descent, big and strong with an impressive beard, and there are still stories circulating about him in the Nordfjord villages. 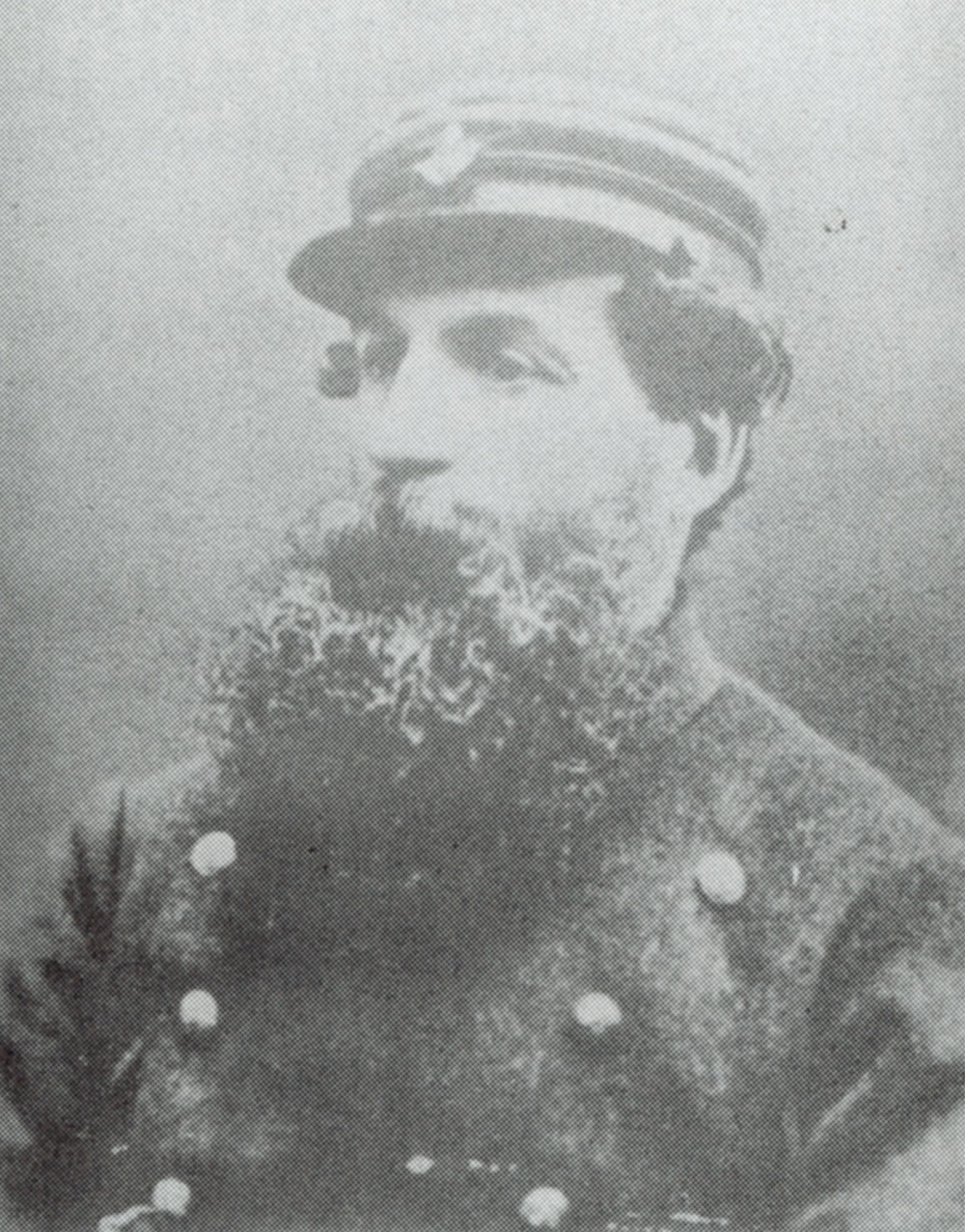 On the northern side of the lake of Berstadvatnet there is a spring with excellent drinking water, open all year round. There the postman used to quench his thirst when he passed by, and to this day this spring is called the Pisani brook.