One of the most important road and ferry connections today with a high volume of traffic is the connection between Lavik and Oppedal in western Sogn. This is the E-39, the main highway between Kristiansand and Ålesund, also called the Coastal Highway. The connection to the neighbouring county in the south, Hordaland, had a rough start. The road connection between Hordaland and Sogn to Brekke on the south side of the Sognefjord was not considered important and relevant enough by the county council.

Bumper to bumper on the ferry between Instefjord and Vadheim some time in the late 1950s. The ferry connection was established in the summer of 1955 with the ferry M/F "Vetlefjord". The ferry crossing took one hour. In July 1955, the ferry carried 64 cars, 32 bicycles, five motorcycles and 853 passengers. This was less than projected, but people thought that the traffic would pick up when the road Lavik-Vadheim was completed. There was some uncertainty whether the ferry service would be continued in 1956, but Brekke and Lavik decided to cover any deficit.

The wish for a road connection to Hordaland

It seems to have been a longstanding wish to build a road across the county borders between Brekke and Masfjorden. A number of tracks led across the mountains from the municipality of Brekke to the Masfjorden municipality in Hordaland. The first official meeting to discuss the matter probably took place in 1885. To this meeting in 1885, members of the local council walked on foot across the mountains from Solheim in Masfjorden to Instefjord. The mayor and the vicar rode on horseback ahead of the group to Instefjord where they were transported by boat to Brekke. The joint local council meeting for Masfjord and Lavik (Brekke from 1904) resolved to start the planning of a road between the Masfjord and the Sognefjord. A number of alternatives were put forward, but the county governor was of the opinion that the matter would not be of any interest for a long time. In 1898, the Lavik municipal council proposed once more to start the planning of the road, but to no avail.

The plans around 1900 to develop the hydro-electrical waterpower resources of Matrefalla in Masfjorden led to some optimism concerning the prospects of a road connection. In the road plan proposal for 1906, the road between Instefjord and the county boundary was included with extraordinary means, whereas the road between Instefjord and Brekke was planned for the period 1930-36. In 1908, then, the Brekke municipality applied for a special allocation to build this road, but this was turned down by the county authorities. The county had already applied for extra means to build the road between Fretheim (Flåm) and Aurland, and the county could not apply for two extra allocations at the same time. Still, various attempts for allocations to build this road were made in 1911, 1922, 1923 and in 1930, but they were all turned down.

The vision of a railway in Sogn

The mayor of Brekke, Lasse Trædal, had hoped that the county of Hordaland would be able to get the road project included in the national budget, but his hopes proved groundless. He looked upon the road as an important connection between Bergen and Sogn. Trædal was also an enthusiastic advocate for the railway. For many years he fought for a western Norway main railway line through the northern parts of Hordaland up to Oppedal, more or less along the present line of the E-39, and further north by railway ferry across the Sognefjord to Vadheim. 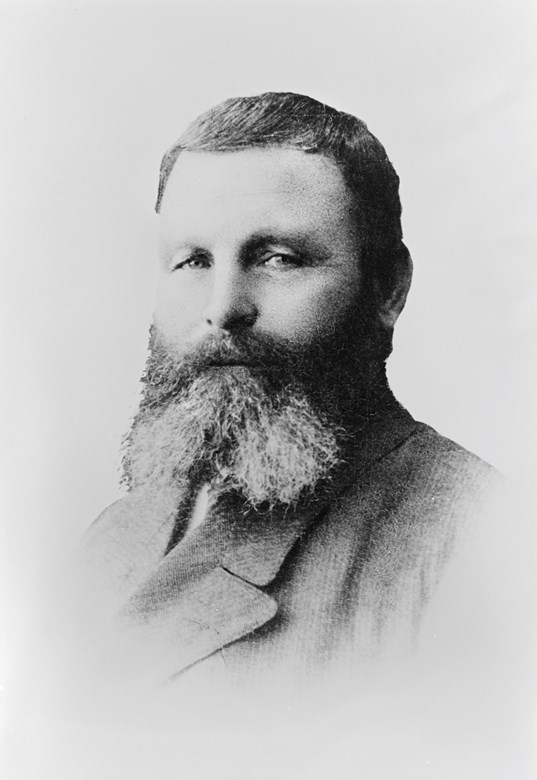 In 1934, the road project was finally allocated relief work means, and the road was completed to the county border just before the Second World War broke out. In 1955, the road was completed to Solheim in Hordaland. On 2 July 1955, the Instefjord-Lavik (later also to Vadheim) was established as the first ferry connection across the western part of the Sognefjord. As the road on the northern side of the Sognefjord between Lavik and Vadheim was not yet completed, the ferry also called at Vadheim.

The road along the northern side of the Sognefjord

Between Lavik and Alvern there was only a simple rural road. In the road plan proposal for 1906, it was said that the roads "will come eventually; there is 'room' for them". The road between Torvund and Vadheim was looked upon as particularly important in linking the coastal areas to the traffic junction of Vadheim. In 1936, when the Norwegian Parliament - Stortinget - resolved the compensation plan for the lack of railway in the county of Sogn og Fjordane, the road between Torvund and Vadheim was given priority. However, the road was not completed until 1960, and Lavik got a ferry connection. From 1964 the ferry service ran on a year-round basis. In the same year, Firda Billag introduced regular bus services. 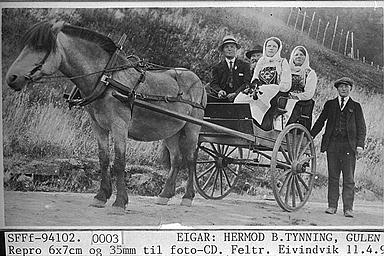 In 1965, a new road was completed from Instefjord to Brekke, and the ferry stop was moved to Brekke. The ferry connection between Brekke and Lavik became one of the most important ferry connections in the county with a high volume of traffic. After the ferry stop had been moved to Brekke, the traffic south to Bergen followed a different route, along the valley of Yndesdalen to Risnes further to the west in Masfjorden. This ferry stop was later moved in 1967 to Duesund to shorten the ferry crossing of Fensfjorden. The road between Instefjord and Masfjorden was not thought of as a connection route to Bergen until the 1970s.

Lasse Trædal (1857-1924) was born on the farm Trædal. He took over the family farm in 1891 after working as a teacher at various schools. In 1895, he was elected to the municipal council of Lavik and became mayor from 1905. He was a manager of the shipping company "Nordre Bergenhus Amts Dampskibe" from 1895-97, and a parliamentary representative for the liberal party Venstre for several periods. He was particularly interested in road and railway issues in the county of Sogn og Fjordane, and was an ardent spokesman for the building a railway line between Bolstad in Hordaland to the Sognefjord which was called the Trædal line. He also worked enthusiastically for building a road from Instefjord to Masfjorden in Hordaland.
Owner: Fylkesarkivet i Sogn og Fjordane. - Date: Ukjend. - Photographer: Reikvam.
Fylkesarkivet i Sogn og Fjordane.
Ukjend.
Reikvam.