Dragseidet occupies a famous place in Norwegian history due to one major event: the christening assembly in 997, when King Olaf Tryggvason assembled important people from four counties with the sole purpose of converting them to Christianity. In the olden days, seamen had to haul their boats across the strip of land called Dragseidet in order to avoid the treacherous waters of Stad. 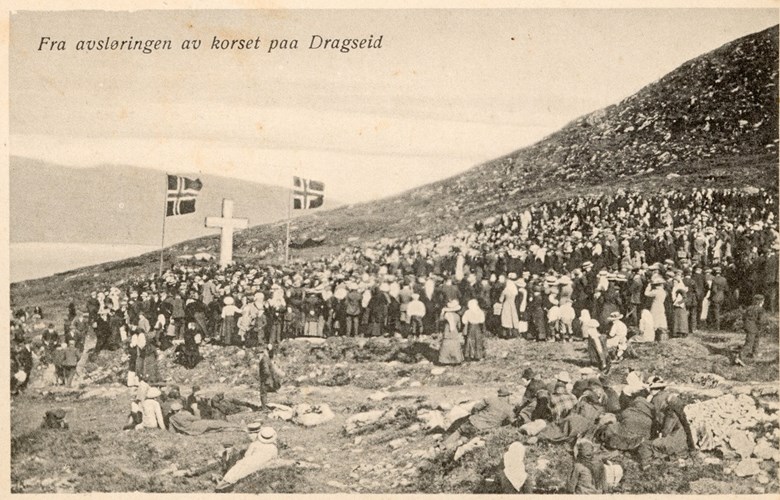 From the unveiling ceremony at Dragseidet in 1913.

The assembly at Dragseidet is referred to by Snorri Sturluson, about 1220:

- The very same autumn King Olaf called farmers from four counties to an assembly at Dragseidet at Stad. There were people from Sogn og Fjordane, and Sunnmøre and Romsdal. [...] When King Olaf came to the assembly, he offered them Christianity there, as he had done elsewhere, and because the king had with him a big army, they were frightened. At the end of his speech, the king offered them two alternatives: they would either have to accept Christianity and be christened, or they would have to fight him in a battle. However, when the farmers realized that they did not stand a chance against the king's army, it was decided that everybody would let themselves be christened. After this, the king and his army headed north to Nordmøre and christened that county as well.

Olaf Tryggvason is also the man who links the history of Dragseidet to the history of Selja. He is said to have been at both places in connection with his christening mission, at Selja in 996 (or 997) and at Dragseidet in 997. On the island of Selja, it is said that he found the relics after the so-called Seljumen (and Sunniva?), and at Dragseidet he held a christening assembly. The result of the assembly in 997 was that the people of western Norway converted to Christianity.

In 1997, the 1000-year anniversary of this event was celebrated at Dragseidet, attended by King Harald V and about 10 000 spectators. A specially written chronicle play for the occasion was performed, and this has been performed every year since then. 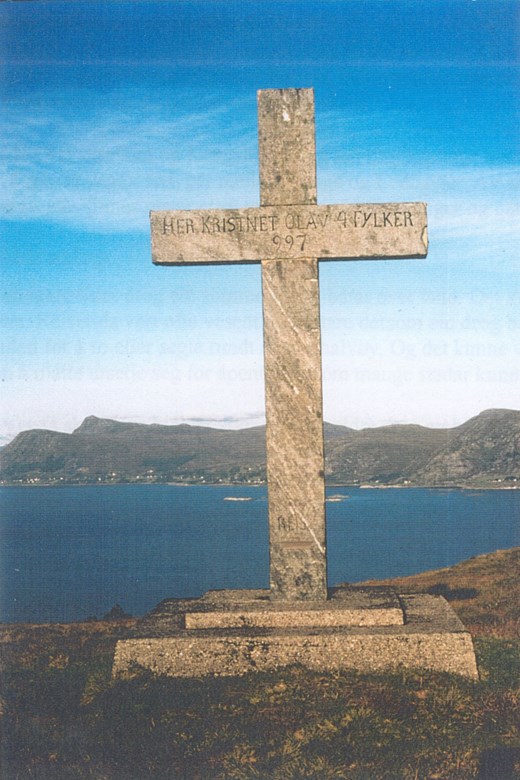 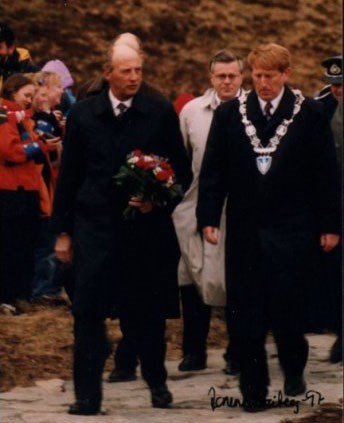 Across Dragseidet there is an old road from Leikanger on the northern side to Drage on the south side. In earlier times seamen hauled their boats across the 4.5 kilometres long and 240 metres high strip of land in order to avoid sailing across the treacherous waters of Stadhavet. In the mid-17th century, the road across Mannseidet and Dragseidet, along with the mountain pass of Filefjell, were the only road stretches in the county of Sogn og Fjordane that had a good enough standard to be called state roads. In 1685, the road master referred to the road across Dragseidet as "a short ten kilometres, but in a relatively good condition".

From 1816, there were posting stations all over the country, and in the westernmost part of Nordfjord there were post exchanges at Måløy, Drage and Leikanger. When regular steamer services were introduced in the county in 1858, Drage became the northernmost port for the local steamship company Fylkesbaatane. In spite of posting inns and boat services, the road across Dragseidet could still not be negotiated with horse and cart. In 1889, however, a new and improved road was completed between Drage and Leikanger. From the 1880s until the posting stations were closed down in 1916, there were boat connections both north and south from Dragseidet. There has never been a better connection across Dragseidet.

The Olaf cross at Dragseidet was erected in 1913 to commemorate Olaf Tryggvason's christening assembly in 997. From the place where the cross stands there is a commanding view towards Sunnmøre.
Owner: Ukjend. - Date: 1995. - Photographer: Ukjend.
Ukjend.
1995.
Ukjend.

In 1997, the 1000-year anniversary of Olaf Tryggvason's christening assembly was was celebrated at Dragseidet. Among the 10 000 spectators were many bishops and clergymen. The guest of honour was King Harald V, here seen with the mayor Sverre Hoddevik and the county governor Oddvar Flæte.
Owner: Dragseidspelet "På sverdeggja". - Date: 1997. - Photographer: J. Berteig.
Dragseidspelet "På sverdeggja".
1997.
J. Berteig.