Førde Hotell is today the smaller of the two hotels in Førde, but has a longer tradition. In older photos of Førde the hotel is always there, both because it was so attractively located on the river bank, and also because travelling photographers such as Knudsen and Lindahl stayed there. 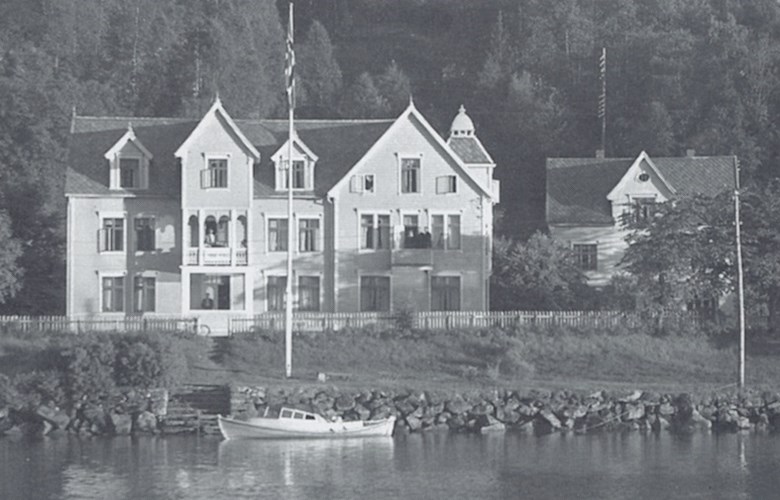 Hafstad Hotell was one of the most stately houses in Førde around the turn of century. The hotel was rebuilt several times, in 1895, in the Swiss style. Here can be seen the hotel after it was extended toward the west and was given a new front with a turret in the middle.

Gunnar J. H. Hafstad was the first to go into in business here at the bridge in 1860 (there was a small bridge across a brook). When he applied for a license to set up shop, the letter of reply said "that the presumption is that it would be for the benefit of the community that a license be given him with the obligation to receive visitors and to manage a coaching station at the road crossing at Hafstad."
Gunnar "at the bridge" was an enterprising fellow who built up and developed a coaching station, an inn, and later a hotel. In 1866, competition appeared from Sivertsen at Skorpa (where the Domus building stands today), which meant that there were now two hotels in Førde. The hotel at Skorpa was torn down in 1975, but Hafstad hotel is still in business, now under the name of Førde Hotell, and it is one of the businesses in Førde with the longest, uninterrupted tradition. 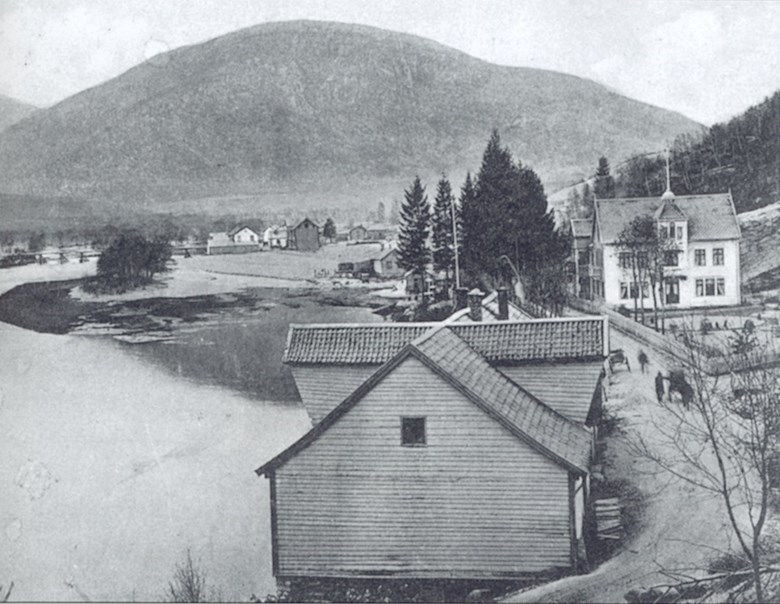 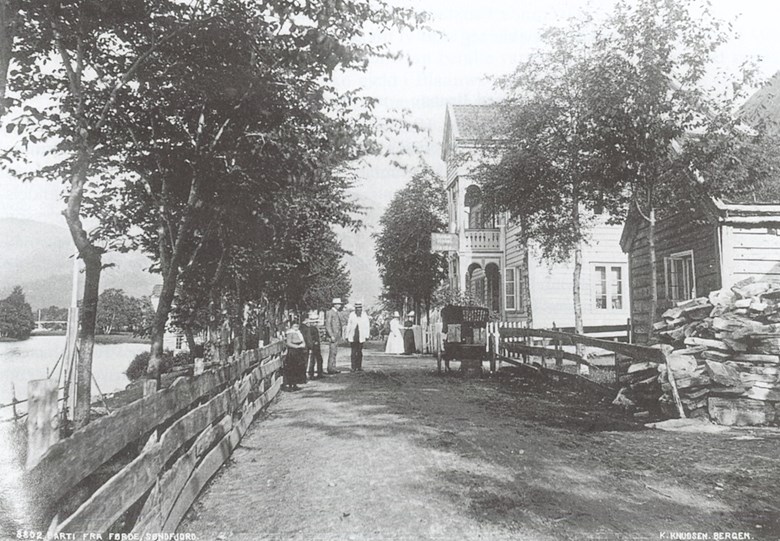 Gunnar Hafstad was the only individual born and bred in Førde who succeeded in business. His business had good revenues, but a large debt burden, and he was always ready to take risks. In 1885, he found himself in financial difficulties, which ended in bankruptcy. But the hotel remained in the family, and his daughter Anna managed the hotel until 1935, the last few years assisted by her sister Mathilde. Anna modernized the hotel and was one of the first in Førde to have bathtubs and water closets installed. These two elderly sisters left their marks on the hotel for many years.

Hafstad Hotell was seen in many photos, since several well-known photographers visited here in the 1880s and 1890s, f. ex. Knud Knudsen and Axel Lindahl. In the years before the First World War many tourists came, the majority being British fishermen. One other regular visitor was the painter and author Ferdinand Kierulf Tranaas, son of the last bailiff at Bruland, who painted a large picture of the mountain range Kvamshestane, which is still in the hotel.

During the war the Germans took over most of the building, which suffered much wear and tear. Toward the end of the war L/L Sunnfjord Ungdomsheim took over, a firm owned by NKUF (the Norwegian Christian Youth Organization). Around 1950, they enlarged the hotel with several extensions in a modern style, and changed the name to Førde Hotell. From 1984 Martin Ødegård was the owner, in the 1990s the competitor Sunnfjord Hotell bought it, and owned it for a period. The owners today are Anne Grete Tefre, Roy Solbakken, and Arne Jon Dahl. The hotel has today 57 rooms with 130 beds, and it has in later years undergone an extensive renovation. The present-day Førde Hotell appears as a heavy mixture of old and new, yet it is still possible to recognize the old wooden-built building seen in hundred-year-old pictures. 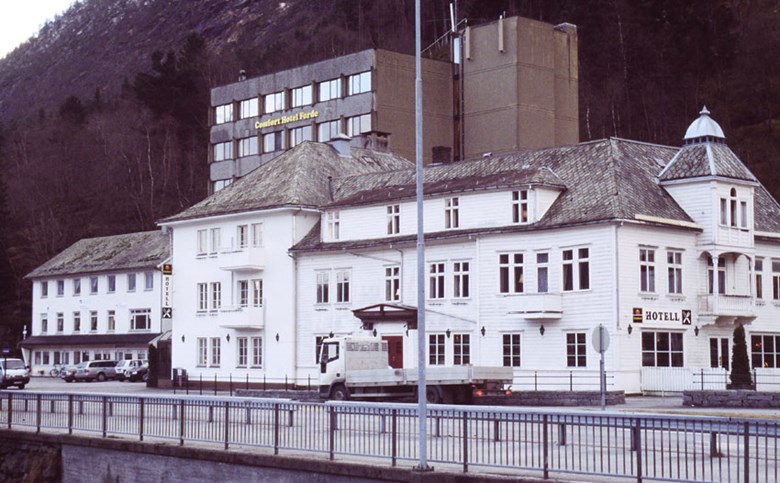 Hafstad Hotell was often photographed by travelling photographers, f. ex. Knud Knudsen and Axel Lindahl. But the person behind this old picture from the 1890s is not known.
Owner: Ukjernd. - Date: 1890-1900. - Photographer: Ukjend.
Ukjernd.
1890-1900.
Ukjend.