The memorial stone from Nornes at Sogn Folkemuseum

At Nornes in Sogndal there used to be three ancient memorial stones. Bishop Neuman refers to three of these in the early 19th century. I. C. Dahl painted one of them in 1827, and one is today placed on the premises of the museum "De Heibergske Samlinger-Sogn Folkemuseum" at Kaupanger. The latter has a strange newer history. 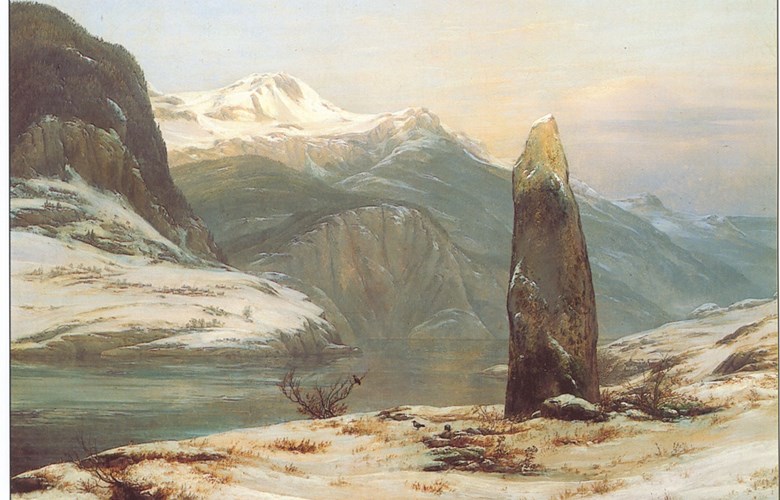 I. C. Dahl: "Winter by the Sognefjord", 1827. The motif shows Slinde with Fimreite further away, and the mountain of Ramnaberg on the south side of the Sognefjord.

The memorial stone from Nornes came to the museum in 1993. It has a height of about one metre (some three feet), fairly vertical on one side, but slightly rounded off towards the top on the other. There is no ancient inscription of any kind, merely a few scratches here and there, which may have been caused by the transportation or that somebody can have scratched it where it stood during the last few years before it ended up at the museum.

Was paid with a memorial stone

About 1920, Dr. Schøyen in Sogndal was once on a home visit at Nornes. He then got paid in the rather unusual form of a memorial stone standing in the yard. The following year, Johannes Henjesand transported the stone to Sogndal in his motorboat "Risen". When Johannes came to Sogndal, he heard that the owner had died the very same day, and, consequently, the stone was left on the quay ¿Steinbryggja" for many years. It was later placed at the corner of the store belonging to Johannes Grøvlen, but this building was torn down in 1970 to make way for a new store and office building (the ¿K-sentret").

When the watchmaker Vatlestad realized there might be a risk that the stone could end up under the new building, he intervened and was allowed to take the stone to his own home. His plan was to put it in a flower bed by his house. Others did not quite like this idea, and one morning Vatlestad discovered that some people had stolen the memorial stone - they thought. It was in fact another stone they had stolen. The memorial stone was still safely stored in the cellar, and after this nightly raid, Vatlestad found it best to let the stone lie where it was until he delivered it to the museum.

Bishop Neumann (1772-1848) was interested in ancient cultural monuments. He was always on the lookout for ancient monuments on his many official travels, and he was a co-founder of the Bergen Museum. In an article in the magazine Urda, which was published in the years between 1837 and 1847, he refers to the memorial stones at Nornes. At that time only three remained. The highest one was six metres (about 20 feet) high, about 80 centimetres (2 ½ feet) wide, and about 30 centimetres (one foot) thick. The stone tapered off towards the top, and was surrounded by a stone circle. The two others were smaller, about 4.5 metres (some 13 feet). Only a small piece remained of a fourth stone, and a fifth stone had been taken up and transported to one of the farms at Nornes.

During the period called the National Romanticism in the 19th century, several painters used old memorial stones as motifs. I. C. Dahl (1788-1857) has a memorial stone in the foreground in his painting called ¿Winter by the Sognefjord" from 1827. We can recognize the landscape. The stone is located a short distance up from the fjord at Nornes, with the hamlet of Slinde to the right. Other landscape features are the Norafjord, Fimreite, and in the background we can see some mountains on the south side of the Sognefjord.

The artist has accentuated this stone by cutting out other elements close to the stone, apart from a small stone on the ground, a bush towards the fjord, as well as a couple of crows. The paintings in those days were not always photographically correct. The artists could add details, cut out features, or edit the elements in their works of art.

What happened to the Nornes stones?

At Nornes none of the old memorial stones remain. It has been said that the last stone was taken down after a storm in 1880, but no sources can corroborate this information. Bishop Neuman mentioned that one memorial stone was taken down and transported to one of the farms in the neighbourhood. There is reason to believe that a fair number of these stone throughout the centuries have been used in foundation walls, smaller bridges, or for other purposes. In Harry Fett¿s register of ancient monuments from the mid-20th century, we find that one memorial stone at Slinde was said to have been used in the stone wall of a barn.

In the county of Sogn og Fjordane there are some fifty memorial stones which are close to a thousand years old or even older. Most of these have no inscriptions whatsoever, and as a general rule, they are not easily dated. Most likely they have been erected over a period of many centuries. Some were erected to mark graves, whereas others were erected as memorials. 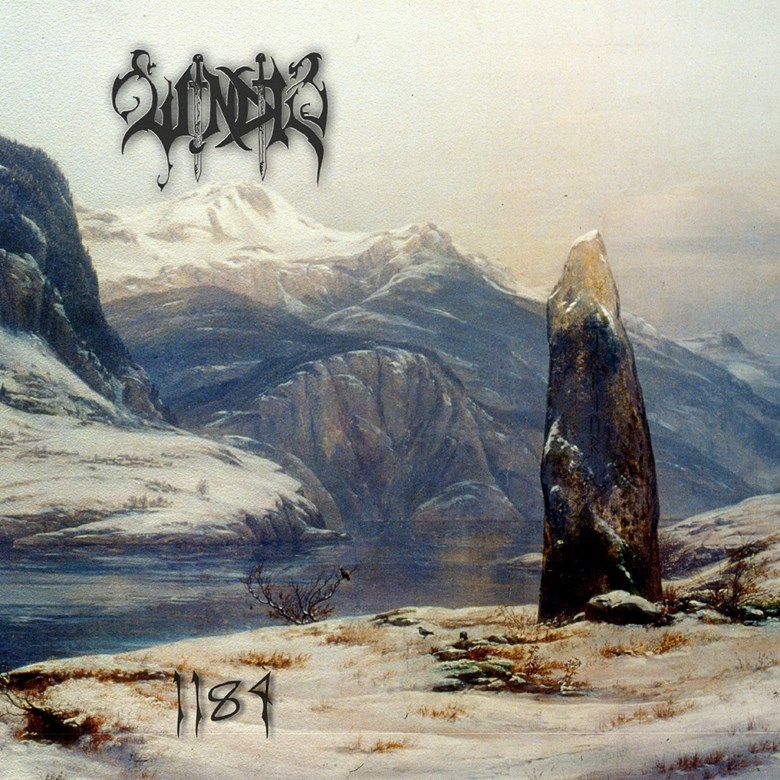