The brothers Ragnvald and Arthur Torheim lost their lives during the Second World War due to war actions. Both brothers are buried in the same grave on the churchyard at Nord-Vågsøy church, and there is a beautiful memorial stone on the grave.

It was a hard blow to the family when Ragnvald lost his life in the Måløy raid on 27 December 1941. After waiting for a sign of life from Arthur after the war, the family suffered another blow when they learned that he had lost his life, too. He had crossed the North Sea in May 1940 to take part in the resistance movement.

TORHEIM, RAGNVALD ANTONI, fishing-boat skipper, Selje. Born 6 August 1912 at Davik, son of Mons Torheim, born 1882 same place, and Lina, née Teige, born 1885 at Herøy, Sunnmøre. Married 1936 at Rovde, Sunnmøre, to Emma, born 1907. One child. Navigation course. Was standby assistant in the Norwegian Lighthouse Service and was also a fishing-boat skipper. Lost his life during the Måløy raid on 27 December 1941 when he was hit by shrapnel. Buried at Nord-Vågsøy church. His brother Arthur Henry died in 1943.

TORHEIM, ARTHUR HENRY, deck man, Selje. Born 16 January 1918 at Steigen, son of Mons Torheim, born 1882 at Davik, and Lina, née Teige, born 1885 at Herøy, Sunnmøre. Was conscripted as deck man on the submarine "Ula". Lost his life on 3 December 1943 in a drowning accident in Dundee, Scotland. Buried at Nord-Vågsøy church. His brother Ragnvald Antoni died in 1941.

On 27 December 1941, Ragnvald Torheim and his brother Karsten were in his boat off the farm of Tvendesæter - a short distance south of the Ulvesund lighthouse - when English naval vessels attacked a German submarine that suddenly ran aground on the shore there. The German crew jumped ashore and tried to escape, and so did Ragnar and Karsten. Ragnvald was hit by shrapnel and was seriously wounded.

At the Ulvesund lighthouse his wife Emma and their three-year-old son were waiting. At noon, the phone rang and she was asked to come to Tvendesæter as quickly as possible. When she arrived, Ragnvald told her in a calm voice: "There is such a strange sensation inside me." Nobody could do anything. He died the very same day, and was buried on the churchyard of Nord-Vågsøy church on 6 January 1942. 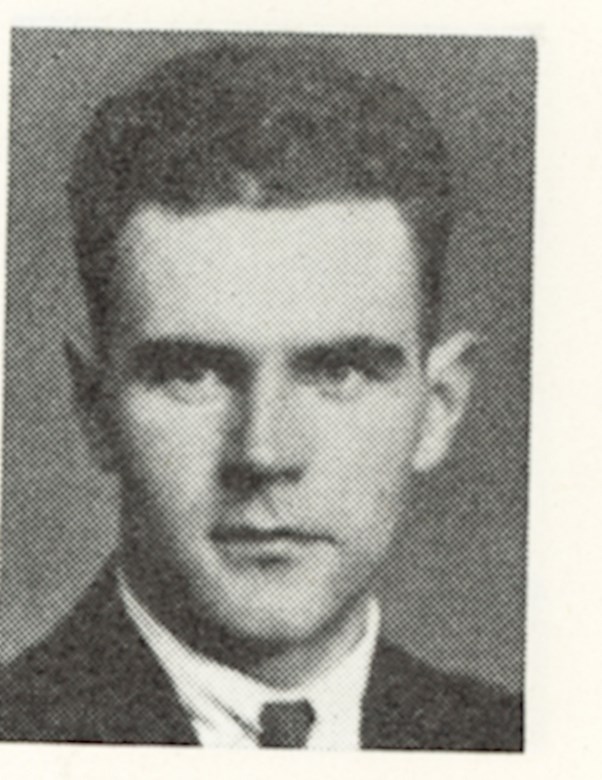 Arthur Torheim went to sea at a young age. Two days before the German attack on Norway on 9 April 1940, his boat came to Sauda. Arthur volunteered to defend the country against the occupation forces. After Norway capitulated, he was employed as an auxiliary policeman at Odda, but soon headed north, arriving at Ulvesund on 17 May. With four others he left on 26 May on the fishing-boat "Flink" to England.
Arthur joined the Norwegian Navy and worked for a while as a deck man on the submarine "Ula" that had its base in Dundee, Scotland. There he lost his life in a tragic accident. He was found dead in the harbour basin, but they never found out the circumstances around the accident.

Arthur's urn came back to Norway from England on the destroyer "Arendal" in late September 1945. The destroyer had about 400 urns onboard and they were taken ashore on the Honnørbryggja quay in Oslo. At the short ceremony, King Haakon VII laid a wreath in gratitude for their efforts to defend their mother country. Arthur's urn was transported to Måløy where it was picked up by his brother Karsten. The burial took place on 2 October 1945, when the urn was placed in his brother's grave. 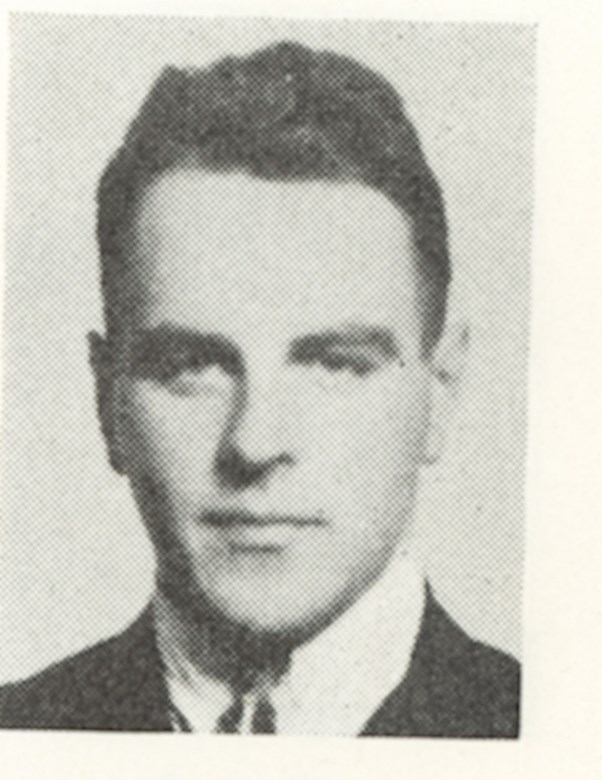 The family erected a beautiful memorial on Ragnvald's grave. It consists of fourprism-formed granite stones in each corner connected by frames. At one end there is a nameplate with a dark, polished front, a cross symbol and an inscription. On this the nameplate of his brother is placed - a rectangular stone with a cross symbol and an inscription. The present nameplate for Arthur is a recent one, replacing the original, where the inscription had become almost illegible after all these years. 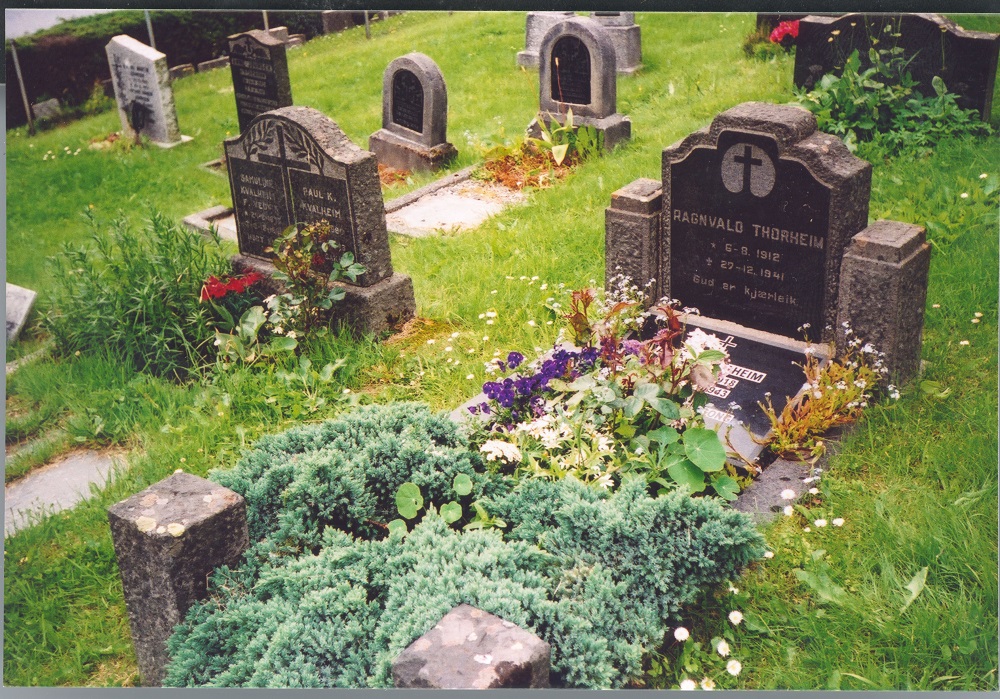 The grave of Ragnvald and Arthur Torheim is a war grave, but nothing about the grave directly suggests this. The grave memorial was erected by the family, and the grave has throughout the years been seen to and maintained as a private grave. Both names are found on the memorial close by that commemorates all those from the municipality of the former municipality of Nord-Vågsøy that lost their lives during the war. This memorial is honoured every 17 May and on other occasions as well. Consequently, there has never been any public ceremony at this private grave apart from the occasion on 27 December 2001, when the Englishman Peter Bell organized a ceremony in connection with his collecting background material on the Måløy raid. The Vågsøy mayor also attended this ceremony. A memorial ceremony was also held on 3 July 2005, this time also on the initiative of Peter Bell. He and several representatives of the Green Berets along with members of the family were present.

At the break of dawn on 27 December 1941, allied forces launched an attack on Måløy. The objective was to fight the German troops stationed there, destroy the German gun positions, as well as destroying all industrial facilities that might be of any use to the German occupational forces. The allied forces caught the Germans off guard and the latter suffered heavy losses. Most of the about 300-men strong German contingent were either killed or taken prisoners. The allied losses were insignificant, but the leader of the Norwegian unit, Captain Martin Linge, was killed in battle at Måløy Hotel. Only one civilian lost his life, Ragnvald Torheim, who in the strait of Ulvesundet was mortally wounded by shrapnel from one of the allied naval vessels.

The submarine "Ula" was built in 1942 for the Dutch Navy, but when practically the whole crew who were supposed to man the submarine lost their lives in wartime action, it was taken over by the Norwegian Navy. On 28 March 1943, King Haakon VII baptized the new submarine P-66 and named it "Ula".

"Ula" survived the war and was in active service for a number of years afterwards. In 1965, it was sold to Germany to be scrapped. Arthur Torheim served for a while on "Ula".

The fishing boat "Flink" (registration # SF 7 S) was fishing basking shark in the spring of 1940. The boat put out to sea with five men on  26 May, and the crossing to Shetland took 53 hours. The five men were: Jakob Bakke, Bergen, the brothers Bernt and Meinart Eide, Selje, Meinart Hjertenes, Selje and Arthur Torheim.